Home News What’s Next for the NIH When it Comes to Psychedelics?

What’s Next for the NIH When it Comes to Psychedelics? 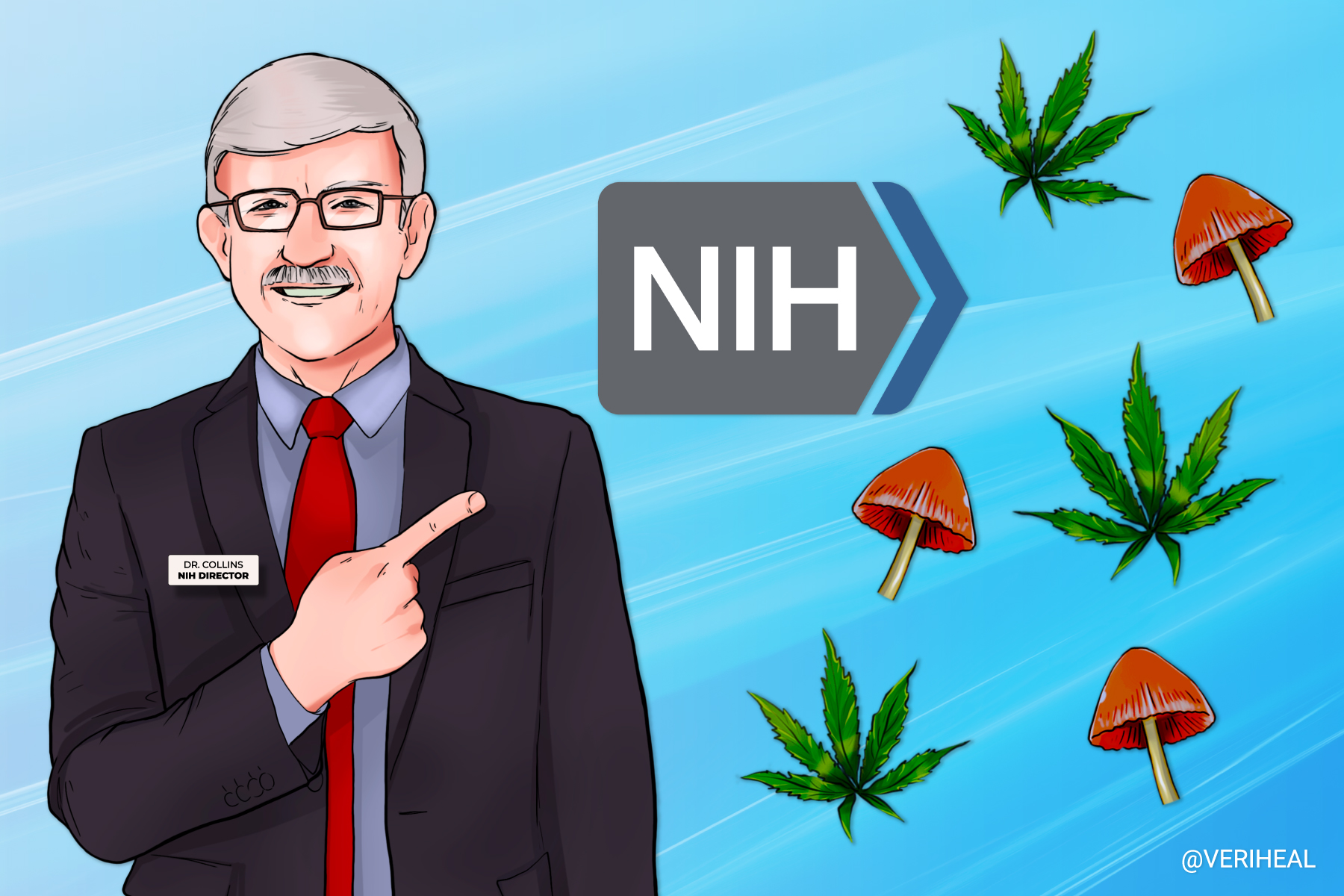 Dr. Francis Collins, director of the National Institutes of Health (NIH) and a top U.S health official reportedly slammed “ongoing federal restrictions that are inhibiting research into marijuana”. The director was spoken to regarding psychedelics and cannabis by Senator Brian Schatz during a Senate Appropriations subcommittee hearing. The Senator stated that the NIH has been reporting on “potentially promising peer-reviewed clinical research” and asked for an update on how the NIH was planning to proceed and navigate issues.

To which, Dr. Collins responded by stating that “there has been a resurgence of interest in psychedelic drugs, which for a while were sort of considered not an area that researchers legitimately ought to go after” and that he thinks “we’ve learned more about who the brain works, we’ve begun to realize that these potential tools for research purposes and might be clinically beneficial”. Check out the hearing below at the 01:40:00 mark:

The director of the NIH explains that while LSD and MDMA are also being investigated for their therapeutic potential, psilocybin is currently receiving “the most attention”. When commenting on what’s next for the NIH, Dr. Collins explains that he’s been interacting with other federal agencies, including the National Institute on Drug Abuse (NIDA) on “whether it’s a good moment to consider having a workshop to say, ‘ok, what have we learned so far what more might we want to do as far as designing the next generation of clinical trials to see where these provide a benefit – going beyond depression to things such as PTSD”. He also stated that he thinks “over the course of the next year, we’re going to want to have a hard look at this”.

Some Progress Has Been Made But Barriers Still Exist

Federal agencies with The National Cancer Institute (NCI), which is a branch belonging to the NIH, have been holding a series of speakers which involve a discussion on the therapeutic potential of the psychedelic psilocybin mushrooms. This was the “first-ever National Institutes of Health Psilocybin Research Series” which was a “time-sensitive, comprehensive speaker series” which brought “together the world’s leading experts, including scientists, physician-scientists, clinical psychologists and oncologists”. The objectives included assessing “the current state of science, identifying research gaps and opportunities, regarding future research needs for investigation among diverse research communities”.

It was at this series that Sen. Schatz followed up with Dr. Collins on whether there had been any progress in “removing barriers to studying the plant” as well as on marijuana research progress. To which Dr. Collins responded that they have made “some progress” but that the schedule 1 listing of the substances causes researchers to have to “overcome significant hurdles to access it”.

The director goes on to explain that the government “really needs” to “moderate the schedule 1 limitation” so that the researchers can have fewer limitations and increased opportunities to access the substances for research purposes. The director goes on to explain that he has spoken with the NIDA director, Nora Volkow, who both agree that there should be a modified classification of the substances called “Schedule 1-R” so that they may be able to research the substances more freely despite their schedule 1 listing.

Psychedelic.Support explains that the “path to FDA approval requires first characterizing the toxicological profile of a drug in animal models before the drug can be tested in humans”. However, it is challenging to do this as the scheduling of substances stands in the way of accessing them- even if allocations have been made to do so.

The NIH has been considered the largest public funder of medical research and media reports state that the NIH is persistent in supporting studies that are “conceptualizing psychedelics primarily as drugs of abuse”. However, one can see that the director is making moves to change this. Dr. Collins has said that the DEA recently “granted permission to expand the number of research marijuana providers” but that the best solution would still be to remove cannabis from its scheduling and to alter the scheduling of other psychedelics to make the much-needed researcher easier.

Dr. Collins also explains that the therapeutic potential of psilocybin has been tested in three randomized, controlled trials for depression and that “this could be quite exciting because we all are looking for new approaches to that”. Perhaps this resurgence of interest in psychedelics for medicinal purposes has been enough to redirect the NIH away from focusing on posing psychedelics as drugs of abuse and towards investigating the substances as a treatment option for those who have none or have been receiving ineffective treatments.

Psychedelic.Support also states that prescriptive answers needed for psychedelic drug development include “how psychedelics work in a particular setting, timing of administration, structured approach or will multiple approaches work, how fast does symptom reduction occur and how long are symptoms decreased, do people relapse and if so can the drug retrieve them from relapse”. Hopefully, “taking a hard look” at the benefits of psychedelics will entice the NIH to allocate more funding and provide some answers.

Very interesting. I know how therapeutic mushrooms are and I really think it would be helpful to some. However, controlling the experience completely is not feasible. There just isn’t a way to predict a bad trip. So BE CAREFUL FOLKS. Recommend don’t do it alone. In the Company of someone who cares.

Agree with Jerrad – never trip alone and choose someone who you completely trust. Never had a bad trip but closest I got to having one was when an outsider decided to mess with us. Would like to see these drugs researched after all of these years. I truly believe that there are benefits to the experience.