Home News Why Does the US Government Have a Patent on Cannabis?

Why Does the US Government Have a Patent on Cannabis? 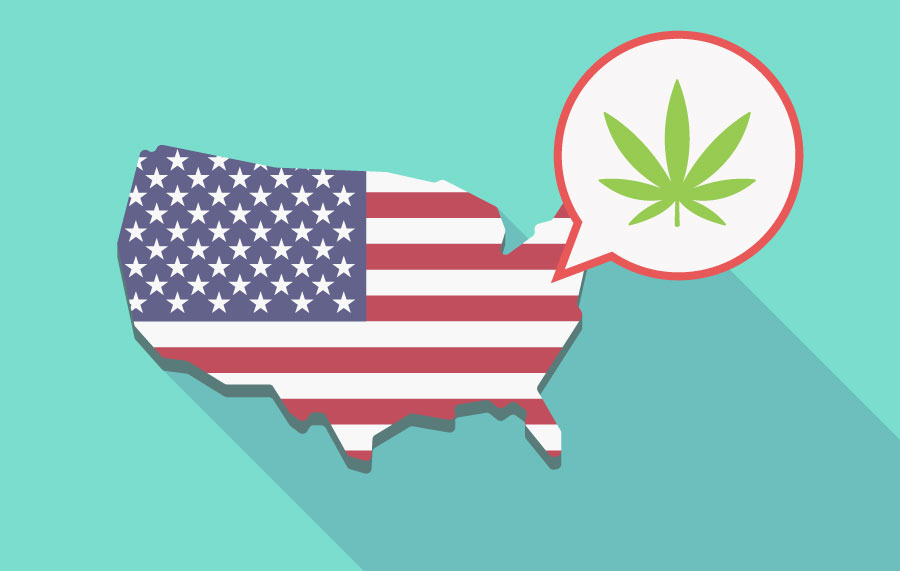 It is common knowledge that marijuana is a schedule 1 drug in the United States. What that means is that it is considered a controlled substance and is federally illegal to possess, use, sell, and grow.

Of course, many states have already legalized marijuana in one form or another—recreational, medical, or both—and the number, already at NUMBER, is almost guaranteed to increase as more support is drummed up for the plant and its many wonderful uses. However, despite solid nationwide support for medical marijuana, the government maintains that marijuana is a Schedule I drug, the worst kind.

The history of drug scheduling in the United States is dense. Marijuana, for instance, was not always illegal to possess; in fact, it wasn’t until 1906 that many states began labeling marijuana as a danger. This fear was propagated by propaganda and misunderstandings, thus leading to the outright prohibition of cannabis in the 1920s—the same era that saw alcohol banned.

By the late 1930s, with the Marihuana Tax Act of 1937, cannabis began seeing more and more statewide regulation. Just three years prior, 35 states in total started using the Uniform State Narcotic Drug Act, an act that allowed for control on the sale of narcotics.

In 1970 the Controlled Substances Act outright banned cannabis and many other substances from sale and possession. Cannabis received the highest scheduling—Schedule I—which indicates that it has “no currently accepted medical use and a high potential for abuse.” For those who have used marijuana, this may seem harsh. And it is. Marijuana is shown to not only not be a gateway drug, but in states where it has been legalized, teen drug abuse is lower. As with any substance, caution should be taken, and depending on one’s personal psychiatric history, it may be wise to consult with a doctor before choosing medical marijuana as a treatment. This is not to say that marijuana is harmful, though, because, in the grand scheme of things, it isn’t.

To put cannabis use in perspective, it is important to consider alcohol, a substance that is widely used and openly accepted and pushed as a great way to relax, celebrate, or, according to some people, to cope.

Alcohol abuse in the United States is huge. According to the National Institute on Alcohol Abuse and Alcoholism (NIAAA), in 2015 over 15 million adults (persons 18 and older) had Alcohol Use Disorder. Annually, an estimated 88,000 people die from alcohol-related illnesses, accidents, or otherwise. Globally that number is much higher: over 3.3 million deaths were caused by alcohol. That’s nearly 6 percent of all deaths worldwide.

How many deaths globally were caused by marijuana? Zero.

In fact, it would take 20,000 to 40,000 times the THC in a small joint to kill someone, an impossible number to achieve. Studies show that marijuana does not cause fatalities. This fact—emphasize that word—sheds light on why so many are choosing to seek cannabis as an alternative to their suffering, ailments, pain, and traumas.

But while the good news reigns supreme, one must consider that in the United States marijuana is federally illegal, as mentioned earlier. Even more interesting is that while the government shouts that pot is bad, they hold a very important patent that speaks more than the propaganda and fear-mongering.

The U.S. government holds Patent No. 6,630,507. This patent is in relation to marijuana and its use for treating certain medical conditions.

But didn’t we say that this same government considers marijuana to be worthy of a Schedule I classification? Such is the conundrum and insanity that is the modern War on Drugs (read: War on Personal Freedom).

U.S. Patent No. 6,630,507 was applied for in 1998 by the United States Department of Health and Human Services (whose head is a former pharmaceutical executive) and approved in October of 2003. The patent essentially states that cannabis can be used to treat issues related to oxidative stress, like stroke, autoimmune disorders, age-related issues, and more.

It is quite telling, to say the least, that the government refuses to reschedule marijuana or allow for its total federal decriminalization while holding such an important patent. Why would the Feds wish to tighten their grip on this concept while spouting fear against the same plant that they propose can help those in need? The answer more than likely lies in profit and corporate interests.

It is no surprise that lobbying has great control of U.S. politics. An estimated $3.4 billion was spent in 2018, the highest year yet. This appears to indicate an insatiable beast that is gearing up for absolute control. Whoever controls the pockets of politicians has a heavy hand in the dictation of laws, propaganda, and information spread by those in power.

The coming years will be interesting for cannabis and medical marijuana advocates. Will the government reschedule marijuana or will they continue to rule with a proverbial iron fist? It’s hard to say, but the landscape is changing.

National support is at an all-time high. Around 60% of Americans want some form of marijuana legalization. This number increases if the question solely regards medical marijuana. Time will tell who wins, but the numbers are in favor of Americans, not the lobbyists. However, lobbyists are the ones with the money to influence, so it will be an interesting battle, to say the least.

One can only hope that newer and upcoming politicians will listen to their constituents and the ever-increasing loud voices screaming for medical marijuana acceptance and legalization on a national scale. The plant is safe, effective, and proven to be beneficial in many cases. The smart move would be to not punish those who seek natural treatments. But as it goes, the government does not always make the smartest move.

Money, it seems, continues to be the louder voice, but the future may hold surprising changes.

The government and the pharmaceutical, drugs and the bourbon and tobacco companies and the lobbyists are all intertwined ,Its hard to do anything against big money.