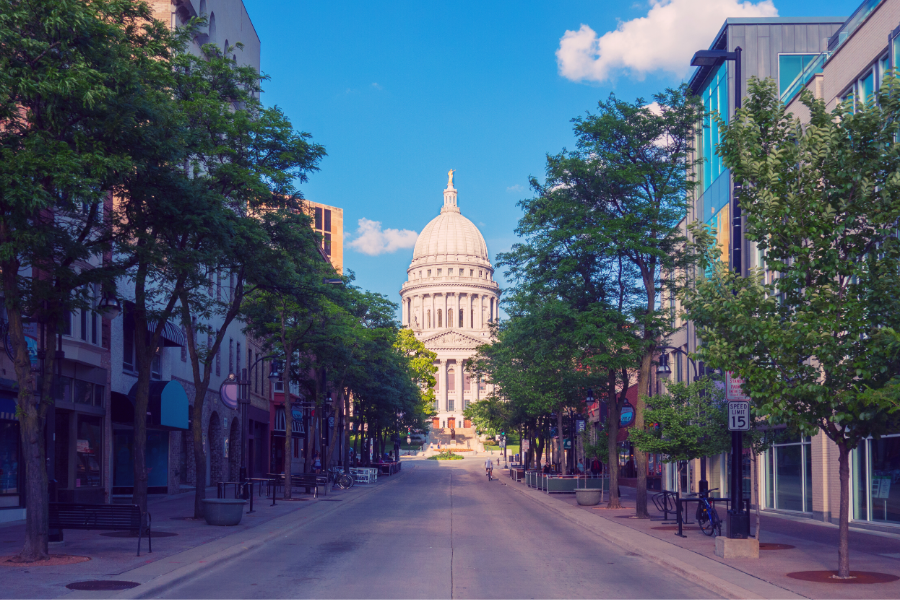 Tony Evers, the governor of Wisconsin, called out state lawmakers recently for declining to pass legislation legalizing medical cannabis. Evers said on the campaign trail before winning the election, that he would sign medical cannabis legislation into law if elected. He also outspokenly favored decriminalizing cannabis and supported holding a voter referendum on broader legalization policies. The state has shown increasing widespread public support for new cannabis policy. In November of 2018 nearly a million voters in 16 counties, more than half the state’s population was able to weigh in on non-binding referendums and more than 81 percent said marijuana should be available for medical use. Recreational legalization had the strongest support in Dane County, with more than 76 percent in favor.

While last year Evers had included both cannabis decriminalization and medical cannabis legalization in his budget proposal, Republican leaders stripped those policies from the plan. So nearly well over a year after gauging half the state’s public opinion on the need for cannabis law reform in the state, Wisconsin cannabis activists continue to petition to schedule a public hearing on the issue.

In October of 2019 co-sponsored Senate Bill 507 / Assembly Bill 570 (Medical Marijuana with home grows/smoking) and Assembly Bill 750 / Senate Bill 683 (Creation of a Medical Marijuana Program) were introduced have been assigned to the 2019 Senate Committee on Government Operations, Technology and Consumer Protection. At this time no continued action is scheduled, yet activists are hopeful.

While these bills have bipartisan support, several representatives have been responding to constituents in support with an onslaught of outdated perspectives. State Senator Devin LeMahieu stated in an email reply, “At the state level, it is important to not pass laws that conflict with federal law.” Senator Duey Stroebel replied to a constituent with the opening line, “I am opposed to the legalization of cannabis for any use.” He closes his statement with, “There are currently clinically approved pain therapy methods that do not have the same negative effects of marijuana.”

Wisconsin seems to be lagging far behind its neighbors with both Michigan and Illinois approving recreational cannabis while Wisconsin is lacking even access for medical cannabis. In his recent State of the State Speech, Illinois Governor J. B. Pritzker argued that in addition to promoting social equity, Illinois’s adult-use marijuana program “gives us a chance to collect tax revenue from the residents of Wisconsin, Missouri, Iowa, and Indiana.”

At a recent luncheon, when asked whether the legalization of marijuana in surrounding states, most recently Illinois’s move on legalizing recreational marijuana, poses a challenge for law enforcement, Wisconsin Attorney General Josh Kaul said, “Law enforcement officers are going to use their discretion and judgment on where enforcement actions are appropriate…I don’t think anybody thinks that the biggest danger we have to public safety in Wisconsin is somebody who is [taking a round trip to states where recreational marijuana is legal], if they’re not impaired on our roads,”.