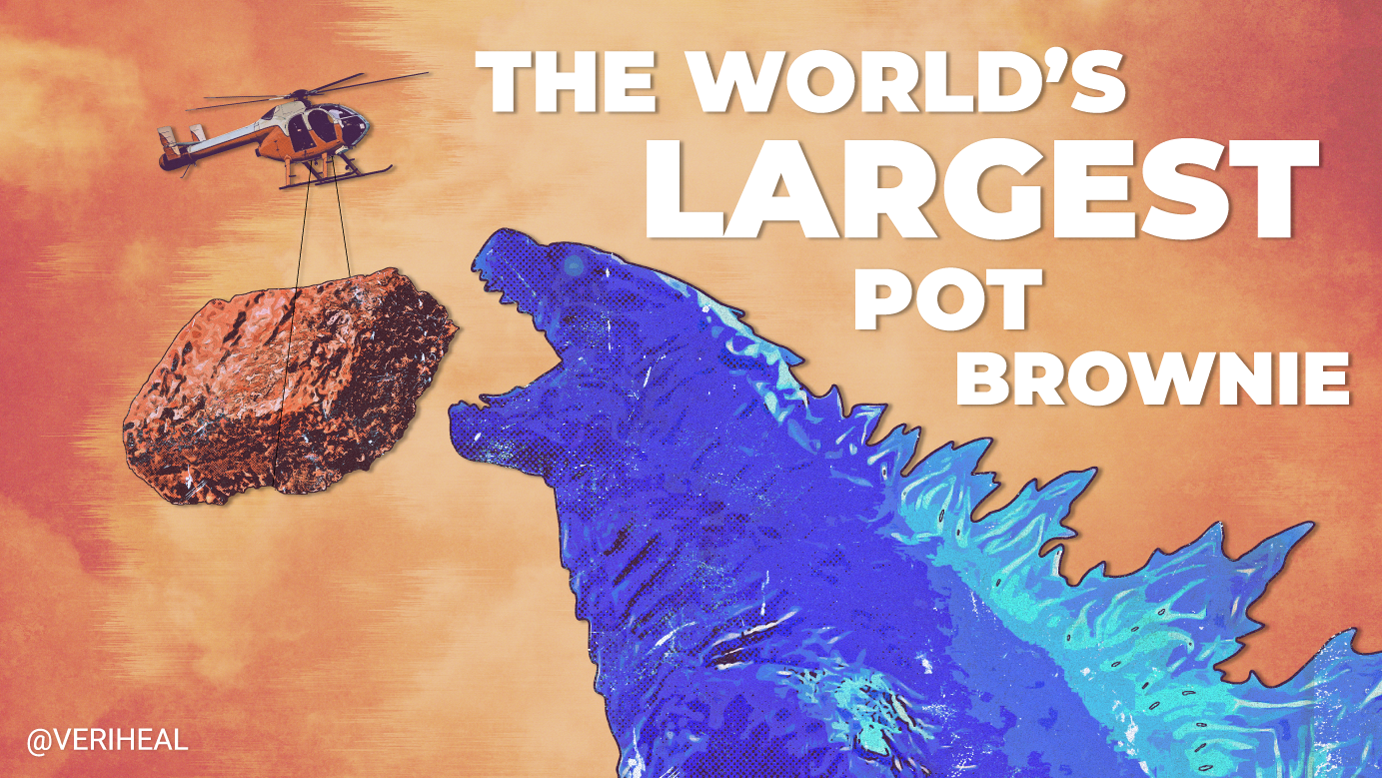 Happy National Brownie Day! MariMed, a Massachusetts-based company is celebrating the launch of its new brand, Bubby’s Baked, with a tried-and-true stoner staple pot brownie. But this pot brownie is no ordinary one. This pot brownie breaks records!

Their giant brownie weighs in at 3 feet wide by 3 feet long with a total height of 15 inches. Best of all, the brownie contains a mind-blowing 20,000 milligrams of THC packed into those 850 pounds of chocolatey goodness! That’s enough to knock you and your entire Christmas party into next month.

In case you were wondering, that would make MariMed’s brownie the world record holder for the largest brownie (infused or otherwise) ever made! Their pot brownie blows the former 250-pound world record holder out of the water. Unfortunately, you won’t find the MariMed’s pot brownie in the pages of the Guinness Book World Records anytime soon. Guinness Book officials have let the MediMed team know that they will not be taking any cannabis-based entries at this time.

So what happens to the giant pot brownie now? The MariMed team is planning to give out pieces of the brownie internally to their fellow team members, all in accordance with state regulations of course.

So what do you think of MariMed’s record-breaking pot brownie? Who would you want to share it with if you got the chance to eat it? Let us know in the comments!

When where how can I get a piece!

yum i want some to share with my friends ❤️

Love that brownie! The bakers look….well,……baked! Thanks for a good laugh…..wish I was there to break off a piece!