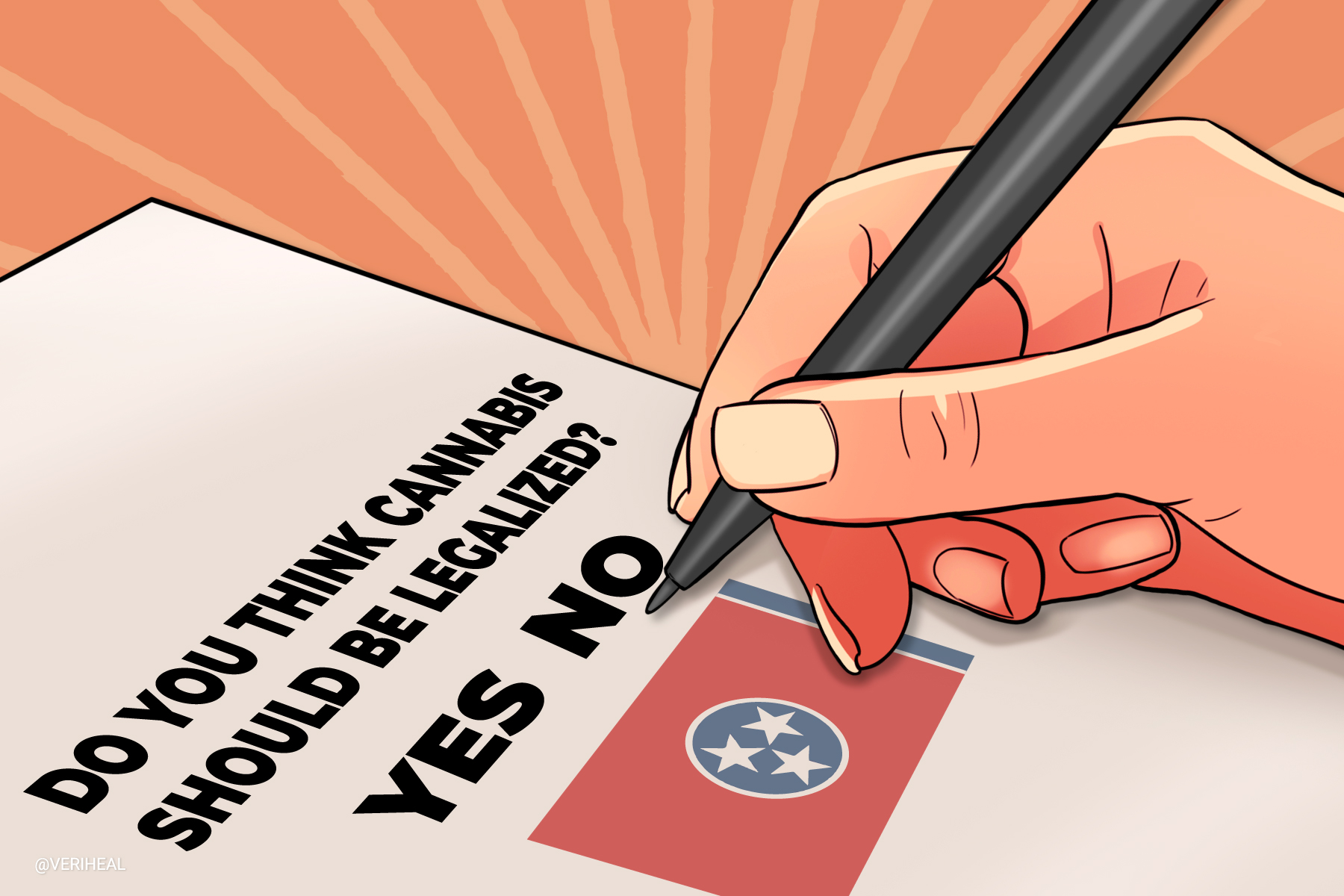 Did a Tennessee poll seriously just ask residents to give their honest opinion about cannabis to lawmakers? Yes, one did, but we’ll get to that more here in just a minute. Coming from a state that sets up random checkpoints statewide, I don’t think people are going to be eager to provide this kind of information and not expect law enforcement to show up at their door with a search warrant.

Cannabis prohibition was built upon a foundation of racism and falsehoods. In no way, shape or form should cannabis still be illegal in the state of Tennessee or any other state in America. Politicians that support the continued prohibition of this plant must still support the old ways of the past. With the majority of Americans supporting cannabis legalization, it is time for lawmakers to stop supporting their own private agendas or get out of office.

Tennessee lawmakers seem to hate cannabis, and this could not be more evident. Their tough anti-cannabis stance comes for a reason. They must still stand with and support the racist thoughts of early prohibitionists like the heinous Harry J. Anslinger. At least, that is how it looks to me when you continue to support an outdated law from 1937. Tennessee ranks near the top of substance abuse rates in the United States and has numerous addiction facilities located throughout the state.

Simple economics shows that cannabis legalization would cause profit loss for this sector of business. In states that have legalized cannabis, addiction and overdose rates on opioids have been reduced. People find help and healing in all-natural cannabis. Unfortunately, cannabis legalization has nothing to do with the health of the nation or the treatment of its people in many politician’s eyes.

One of the benefits of cannabis legalization is that there are major profits. Keeping cannabis illegal in the state of Tennessee or anywhere else really only benefits those who look to control others. People of Color have been a target of marijuana prohibition since it began and Tennessee is no stranger to this as well. The state supports alcohol very heavily, though. I know because I used to live there. I was disgusted when the little town I lived in, Rockwood, Tennessee, hosted a 5k moonshine run, but the leaders of the state couldn’t get behind an all-natural plant. Why should children be exposed to moonshine and alcohol but not be allowed to be educated on cannabis? Perhaps it’s because the state would rather profit off incarceration instead.

Tennessee has a problem with crime. The violent crime rate in the state of Tennessee sits at 62% higher than the rest of the nation. With such high support for legalization across the nation, you would think Tennessee would join the rest of the states that support it. Legalization ultimately provides revenue and resources that support efforts to solving and preventing violent crime. The state has made many mistakes when it comes to how they handle cannabis, but that is an entirely different story!

What Questions Were on This Tennessee Poll

Now back to the topic of politicians surveying the residents of TN in regard to their opinion on cannabis legalization. According to the most recent legislation filings, Representative Bruce Giffey is proposing that election commissions add three non-binding questions to the November 2022 ballot. These yes or no questions are as follows;

Mr. Griffey himself is against cannabis legalization and believes that his constituents are divided on the subject. However, he offers the facade that people should decide whether or not reform progresses in the state and not the politicians themselves. Unfortunately, in the state of Tennessee, legalization can only pass by way of legislators and not the vote of the people.

The Survey Has Been Done Several Times Already

The people have said they support cannabis in Tennessee on many occasions. Countless news polls have shown strong support for cannabis legalization. There are also many little polls that have been conducted in smaller communities like the one I grew up in that show majority support for medical cannabis legalization. There is no need to spend countless taxpayer dollars in order to survey the people on something that has already been done on numerous occasions. Here are a few examples for reference.

So please, tell me again why another survey is needed to convince legislators that reform is the right choice? Obviously, Tennessee lawmakers are just doing what they do best, and that is dancing around the subject of cannabis legalization. Good luck, TN. My home state should have volunteered to lead the way in positive cannabis reform in the south; instead, they are one of the last in the country to even be discussing change.

I am a resident of Tennessee and I believe we should free to use our right to pursuit of happiness to have this amazing plant to use as we see fit. We are only truly free when we can use the world around us. Marijuana has been on this rock long before us. Only a wrong message made it a “bad thing”.

I have a tbi they have me on so much medication I’ve had to use delta 8 and thc o and it’s really unhealthy and causes more stress than anything I just want to live not in pain no night terrors that’s all.