Home News Cannabis Bioengineering : The Wave of the Future

Cannabis Bioengineering : The Wave of the Future

If you’re looking for other ways to get your THC or other cannabinoids, your options are a little bit limited right now. Don’t get us wrong. When it comes to delivery methods, there is a huge variety of choices. In addition to the standard practice of smoking cannabis flower, people choose to get their cannabinoids from vaping, edibles, oils, and topical products. There are plenty of choices when it comes to how you want to incorporate cannabinoids into your life, and depending on your needs, you’ll have the opportunity to choose the right one for you. But when it comes to the actual source of the cannabinoids, the window of opportunity is startlingly narrow. The cannabis plant is your only option.

The Cannabis Plant is an Imperfect Resource

In fact, cannabis is not the only source of cannabinoids out there. We have already reported on cannabinoids such as CBD turning up in such places as the peels of oranges, raising interesting questions about the way cannabinoids are sourced and the way laws are structured in the places where cannabis—and by extension, CBD—is not yet legal.

As for THC itself, though, it has only been found in the cannabis plant. Unfortunately, that’s less than ideal for a number of reasons. THC, which is the primary psychoactive substance in the cannabis plant, isn’t found throughout the entire plant. The stalks, stems, and leaves contain almost zero THC. THC is primarily located on small outgrowths of the plant known as trichomes. If you study your cannabis flower closely, you’ll be able to see these trichomes. In addition, trichomes are responsible for the sticky feeling cannabis flower sometimes has, which is why we refer to stickier flower as being more potent and, in many cases, more desirable.

Because only the trichomes produce cannabinoids, much of the plant is often wasted—although there are some low-yield uses for the stems and leaves. The goal of finding a new cannabinoid source, then, is to reduce waste and to boost yield. This can be done through a little plant bioengineering.

In the past several years, a multitude of companies have begun to experiment with the cannabis genome in order to see what might be possible. The short of it is that cannabinoids no longer have to come from plants at all. When we think of THC, we think of the iconic seven-bladed leaf that has stood for cannabis consumption for decades. But if bioengineering has its way, that token may cease to be relevant. Independent corporations and medical researchers are exploring ways to grow cannabinoids using bacteria. These biosynthetic cannabinoids, made by microbes, can be produced completely in a lab environment, taking plants and growing out of the process entirely. 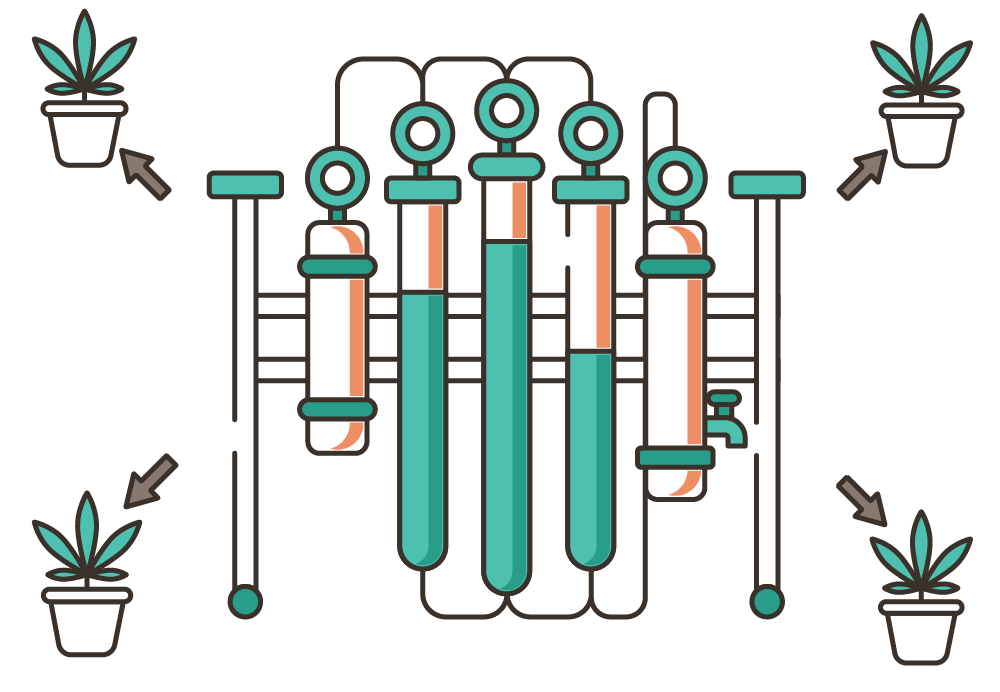 Is that a good thing? It’s hard to say. In the long term, producing our cannabinoids this way would save money. Right now, cannabis products are fairly expensive, but if they were cultivated in labs, the cost could be reduced to about a fifth of what we currently pay. That’s great for consumers, but maybe not so awesome for the economy. One of the factors that have motivated states to legalize cannabis en masse is the fact that creating a new industry will stimulate the economy and lead to new jobs and a new source of revenue. If cannabis products are rendered less expensive and growers are made obsolete, it might have an adverse effect on the economic stimulus we hoped to see. And if that happens, it’s possible that the push for legalization might slow down in some places.

It’s impossible to know for sure. But one thing is certain—progress is being made.