Home Research The Bioavailability of Cannabis through Various Delivery Methods

The Bioavailability of Cannabis through Various Delivery Methods 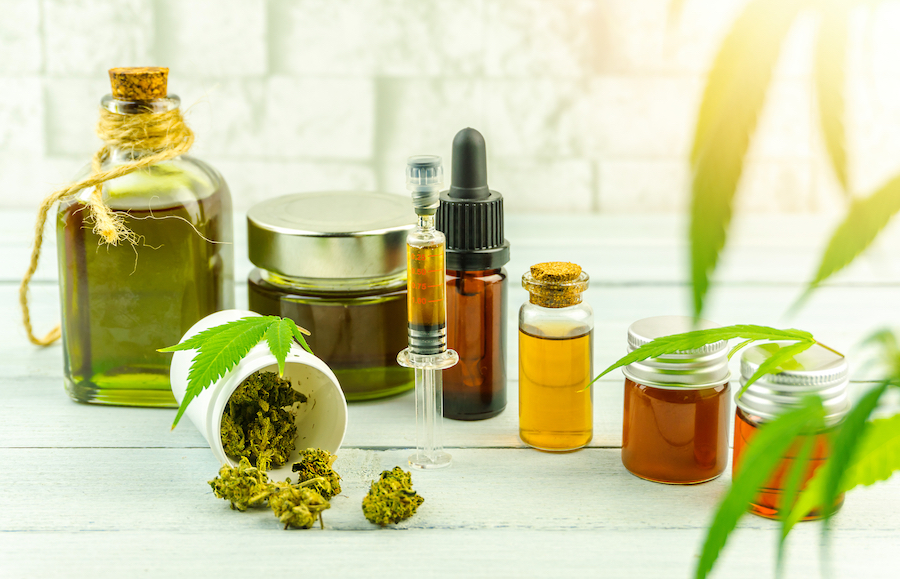 Different methods for consuming cannabis will provide the body with varying amounts of cannabinoids. There’s a difference between smoking a joint, bowl, bong, or blunt, vs. eating an edible. The same applies when you do a dab or consuming cannabis concentrates, using transdermal patches, creams, lotions, or other topicals.

When you consume a cannabis product, whether it be THC or CBD, how much of it is your body actually taking in? If a product says it contains 100 mg of CBD and you take all of it, you would have consumed 100 mg of CBD correct? You may have taken 100 mg of CBD, but that doesn’t mean your body is receiving 100 mg of CBD.

The bioavailability of the CBD you consumed would determine how much of that 100 mg your body actually gets to use. When someone consumes 100 mg of CBD with a low bioavailability rate, they may only take in as little as 30% or 30 mg of the 100 mg of CBD they just ingested. The rest is discarded as waste by the body. This is why knowing the bioavailability of different consumption methods can be very valuable for a patient trying to pinpoint the right regimen for their needs.

Per Merriam Webster Dictionary, bioavailability is described as ” the degree and rate at which a substance (such as a drug) is absorbed into a living system or is made available at the site of physiological activity.” This means that if a product has a high bioavailability rate that you are getting more out of it vs. one with a low bioavailability rate.

Nano refers to the size, in this case, microscopic. Nano-availability is a relatively new area of medicine with great promise. This process allows medications to be more efficiently absorbed. Cannabis products and other products made to this standard can increase the bioavailability rate of the product.

“Initially, the use of nanotechnology was largely based on enhancing the solubility, absorption, bioavailability, and controlled-release of drugs.”-NCBI

Let’s take a look at five delivery methods for consuming cannabis and see how the bioavailability rates vary.

Within inhalation methods such as smoking a joint or vaping, the THC bioavailability averages 30%. In one study where a 3.55% THC cigarette was consumed, the participant reached a peak plasma level of 152±86.3 ng/mL approximately 10 min after inhalation. However, this study concluded the following:

“Bioavailability following the smoking route was reported as 2−56%, due in part to intra- and inter-subject variability in smoking dynamics, which contributes to uncertainty in dose delivery.”

In this study, it was found that sublingual bioavailability ranges from 4-20% with peak THC concentrations ranging from 4.4-11ng/ml roughly 2-4 hours after the ingestion of a 20mg THC cookie. Many consider the sublingual intake of cannabinoids to be very comparable to that of inhalation in terms of bioavailability simply because they utilize similar mucous membranes for absorption into the bloodstream. Researchers suggest that “variable absorption, degradation of drug in the stomach, and significant first-pass metabolism to active 11-OH-THC and inactive metabolites in the liver” could be the underlying cause as to why this consumption method offers such as low bioavailability rate.

According to the study “Pharmacokinetics of cannabinoids” by Dr. McGilveray concluded that “Oral THC, is only 4% to 12% bioavailable and absorption is highly variable” as well as that “THC is widely distributed, particularly to fatty tissues, but less than 1% of an administered dose reaches the brain, while the spleen and body fat are long-term storage sites.”

This study with Marinol concluded that rectal administration of “2.5−5 mg of THC produced maximum plasma concentrations of 1.1−4.1 ng/ml within 2−8 h. The bioavailability of the rectal route was approximately twice that of the oral route due to higher absorption and lower first-pass metabolism.” This suggests that rectal administration could be very valuable for those suffering from GI-related issues.

While there have been no human-based studies on the bioavailability of cannabinoids through a topical or transdermal application, their anecdotal claims are promising. These application methods avoid a first pass metabolism effect and through slow-release, they offer dosing over a longer period of time in comparison to other delivery methods. As for topically, it appears that THC is more bioavailable than CBD, however, CBD is 10 times more permeable than THC when utilized through transdermal applications.

What is your favorite way to consume? Let us know in the comments below!

What You Should Know Before Considering Giving THC-O a Go

Understanding the Significance of the Many Types of Cannabis Research

Note: Veriheal does not support illegally consuming therapeutic substances like cannabis and psilocybin but acknowledges that it transpires because of the current illicit status of both, which we strive to change by advocating for research, legal access, and responsible consumption. Always consult a physician before attempting alternative therapies. Cannabis and psilocybin have both been used…

These Cannabis Strains Are Awesome for Migraines

Cannabis reform is booming in Italy. A ballot campaign launched by several pro-cannabis organizations and political parties in the country last week earned the required 500,000 signatures to continue down the road to cannabis decriminalization. The campaign needed to gather at least 500,000 supporting signatures by Sept. 30 in order to qualify for a popular…

For the second time, the U.S. Supreme Court has decided not to help resolve an ongoing legal battle between the Internal Revenue Service (IRS) and various cannabis businesses in Colorado. The Court’s justices have repeatedly declined to hear the appeals from Eric Speidell, owner of the Green Solution, as well as Denver-based cannabis company Standing…

A Congresswoman with a record of voting against cannabis is now investing in the industry. Medical patients in Virginia are lining up at dispensaries to get their hands on recently approved cannabis flower. And a Native American tribe in New York is taking matters into its own hands while the rest of the state slowly…

Shopping at a Dispensary for the First Time? Here Are 3 Tips

Shopping at a cannabis dispensary is truly an experience unlike any other! If you’ve never been to one before, it can feel…

Amazon is pouring millions into lobbying for federal cannabis legalization, employees barred from working at Amazon for their cannabis use have been…

Can Cannabis Businesses Be Insured?

Cannabis; it’s smoking hot right now. As the fight for legalization continues across the nation, more and more entrepreneurs are jumping for…