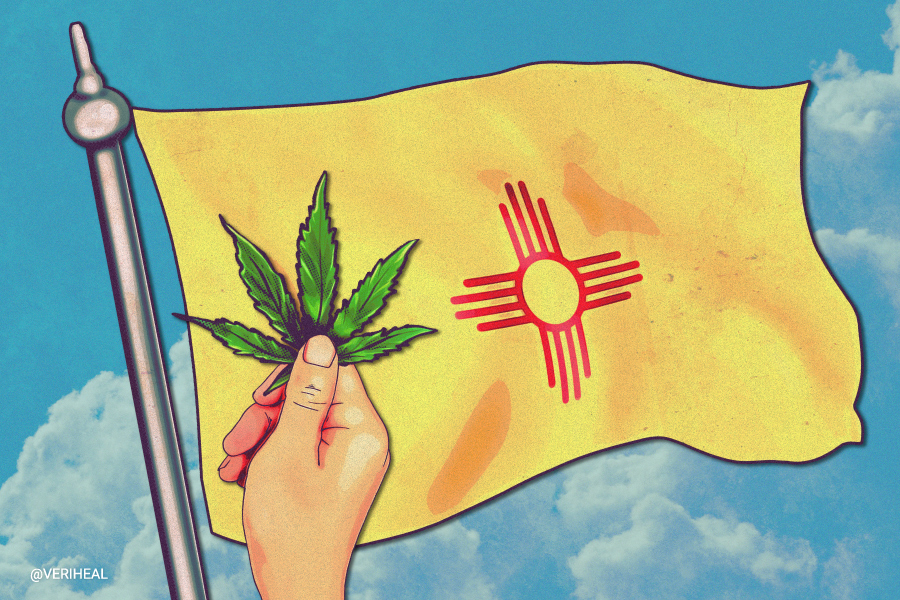 Legal Cannabis in New Mexico is Great for the Economy

People were happy and excited to finally have legal access to cannabis. Parking spaces filled up and gas stations were busier. More people stopped to buy something to eat that day, shopped locally and spent more on other consumer goods aside from cannabis. This is an excellent example of how legal cannabis sales benefit local economies. Since recreational cannabis is now available for adults 21 and up in New Mexico, cannabis tourism will no doubt explode in this beautiful state.

Hundreds of people lined up outside of R. Greenleaf Dispensary waiting for the doors to open at 12:01 a.m. on Friday. Just down the street from El Paso, Texas cannabis dispensaries in Sunland, New Mexico opened their doors at 10:00 a.m. on Friday morning. While many people are excited about recreational cannabis in New Mexico, cannabis products purchased in New Mexico are required by law to remain within state lines. People from Texas and other neighboring states are allowed to come and purchase cannabis in New Mexico, but they are not allowed to take it back home with them.

Despite Texas’ close proximity to a newly legal state, it continues to support cannabis prohibition. However, there is certainly hope for change in Texas. A new era of politicians is starting to surface in the Lone Star State. Politicians like representative Veronica Escobar of El Paso are showing support for ending cannabis prohibition. Representative Escobar showed her support for the MORE Act in a tweet saying, “Black, Latino, and Indigenous people have carried the brunt of marijuana criminalization for too long. Today I’m proud to vote in favor of the #MOREAct to decriminalize marijuana, reform our outdated cannabis laws, and begin to repair the harm of discriminatory drug policy.”

What You Need To Know About Legal Cannabis in New Mexico

Hopefully, Texas will join the rest of America and end cannabis prohibition soon. In the meantime, if you’re heading over to New Mexico to explore their cannabis scene there are a few things to know. Recreational cannabis sales are only legal for adults 21 years of age and up with valid state-issued ID. Consuming cannabis in public is still prohibited. Unless you are in a designated consumption area, public consumption can land you a fine of up to $50. When it comes to what you can purchase, adults with valid ID are allowed to buy up to 2 ounces of cannabis flowers or buds, 16 grams of cannabis concentrates or 800 milligrams of edibles in one transaction.

Amounts above this are allowed to be stored inside of a private residence as long as this storage is not viewable from a public place. Residents 21 years of age or older in the state of New Mexico can now grow a maximum of 12 cannabis plants per household. Up to six plants can be mature or in the flowering stage and up to six plants can be in the germination or vegetation stage. The cannabis industry in the state of New Mexico will be monitored by the Cannabis Control Division.

The Cannabis Regulation Act allowed New Mexico the option of regulating cannabis sales through its regulation and licensing department. If you would like to read more information on the regulations and rules in New Mexico established by the Cannabis Control Division regarding plant limits, licensing requirements and more; you can do so here.