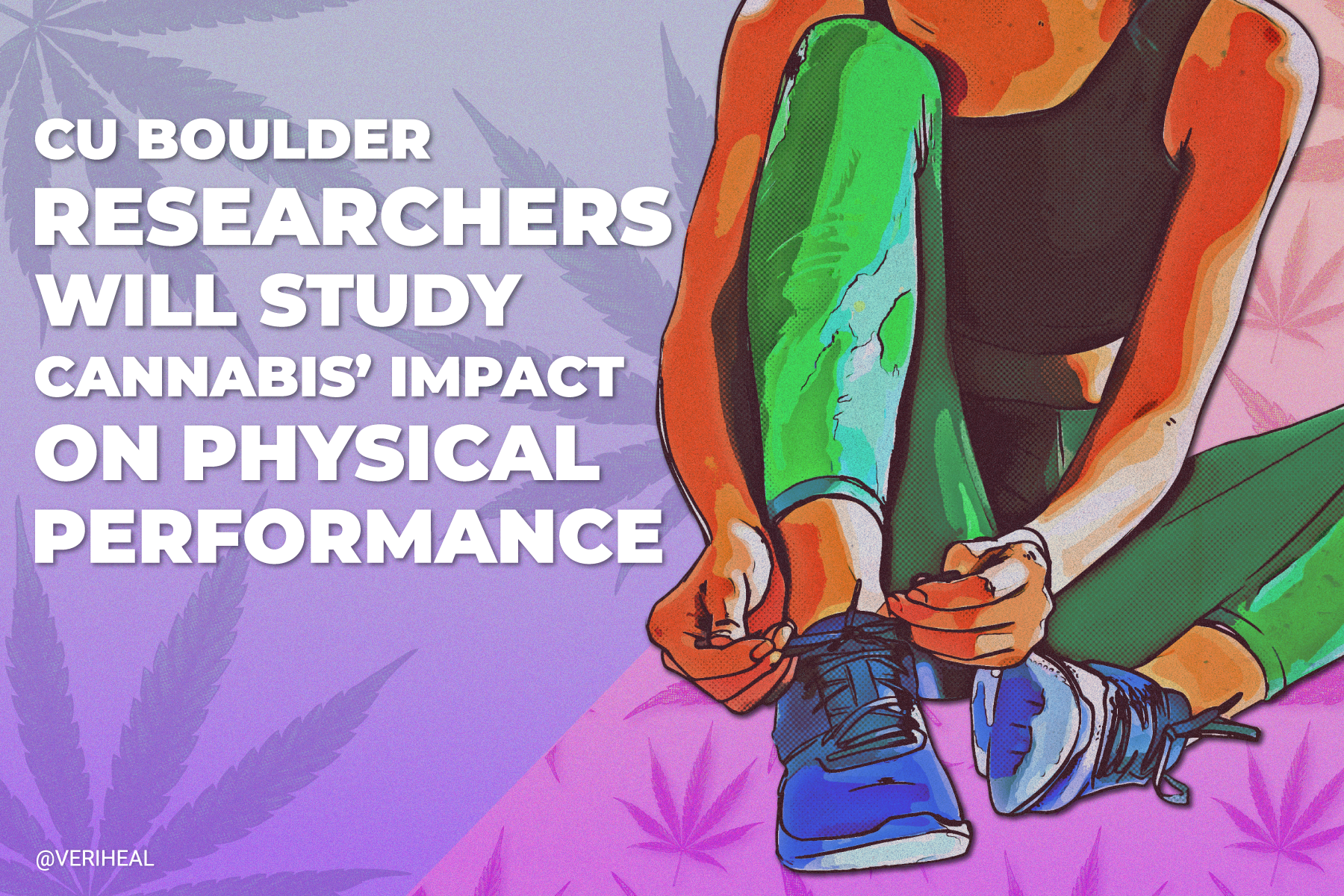 Can cannabis be a tool for workouts? This is something that University of Colorado Boulder (CU Boulder) investigators are keen to find out. This year, a new CU Boulder study called SPACE (Study on Physical Activity and Cannabis Effects) will delve into the plant’s impact on various fitness measures.

“To date, there are no human studies on the effects of legal market cannabis on the experience of exercise. That’s where we come in,” said the study’s lead investigator and Ph.D. student in the university’s department of psychology and neuroscience, Laurel Gibson.

Despite an absence of in-depth research into the influence that cannabis’ primary cannabinoids tetrahydrocannabinol (THC) and cannabidiol (CBD) have on physical performance/endurance, a growing number of Americans have started consuming cannabis with physical activity. “Little scientific evidence exists regarding the potential harms and benefits of this behavior,” states the study’s webpage.

Since female sprinting champion Sha’Carri Richardson tested positive for cannabis–which is currently forbidden under World Anti-Doping Agency (WADA) rules for use by competing athletes–in July 2021 and consequently got disqualified from competing in the Tokyo Olympic Games, the cannabis debate has heated up.

“Cannabis is often associated with a decrease in motivation—that stereotype of couch-lock and laziness. But at the same time, we are seeing an increasing number of anecdotal reports of people using it in combination with everything from golfing and yoga to snowboarding and running,” added Gibson.

A First-of-Its-Kind Study on Cannabis and Exercise

SPACE aims to generate a better understanding of how cannabis use during exercise affects performance. “We want to understand how varying levels of cannabinoids like tetrahydrocannabinol (THC) and cannabidiol (CBD) can impact factors associated with regular exercise, such as enjoyment, motivation, and pain,” states the webpage.

More than 50 paid adult volunteers will be recruited to participate in SPACE. Volunteers must reside in the Boulder area of Colorado, be between the ages of 21 and 40, and have personal experience using cannabis simultaneously with exercise.

Through sober and cannabis-influenced session comparisons, Gibson and her fellow investigators intend to educate participants on the subject of whether or not the plant is a performance-aid. Initially, the research team will assess each study subject’s heart rate before asking them to complete a questionnaire and have some baseline fitness measurements taken.

Once the brief session is complete, each subject will be required to answer questions at 10-minute intervals. The answers will assist the researchers in ascertaining workout difficulty, thought process, and pain intensity.

“As we get older, exercise starts to hurt, and that is one reason older adults don’t exercise as much,” said professor of psychology and neuroscience Angela Bryan, who also serves as Gibson’s faculty advisor for SPACE. “If cannabis could ease pain and inflammation, helping older adults to be more active, that could be a real benefit,” added Bryan as she noted the plant’s anti-inflammatory and analgesic (pain-relieving) properties.

Based on federal law, the possession or distribution of cannabis is forbidden on college campuses. Due to such restrictions, study subjects will need to consume their cannabis at home. Post-consumption, a white Dodge Sprinter van known as a “cannavan” will transport them to a lab safely. The study subjects will also need to strap their waist with a safety belt when on the treadmill.

Ultramarathon runner Heather Mashhoodi, who was among the first to sign up for the CU Boulder study, told Gibson that she remains on the fence about claims portraying cannabis as a performance enhancer. Mashhoodi says she does not necessarily function better after ingesting the plant in any form but admits that cannabis helps to reduce joint pain and positively contributes to her psychological state.

“To me, it’s just exciting to participate,” she expressed in regard to the study. “We know so little and there is so much we need to learn.” A previous CU Boulder study discovered that 80% of cannabis consumers combine cannabis with their workout sessions. Some of the main reasons for using the plant included increased enjoyment (70%), speedier recovery (78%), and better overall motivation (52%).

You can find out more about SPACE and sign up to volunteer here if you meet the qualifications.

I really liked this article. I do believe in my own opinion it really helps when I mow because my body aches and it also makes me feel happiness instead of anxious. Thanks for sharing!

I have been training with weights at a very “high” (haha) level while smoking pot for over 35 years. My best friend and I, have competed and won bodybuilding contests, conquered crazy max lifts, such as 500 lb bench press, him, 550 lb squats, me, and dieted down, yep while smoking, no munchies due to an intensified focus, to 4 or 5 percent body fat. All while indulging in great weed. Now, at 53, my training, yoga, cardio and especially my meditation routines remain unmatched by men half my age, absolutely no steroids by the way. I love anything fitness, nutrition and weight lifting related and I love smoking pot, why on Gods green earth would you not combine them. Great article, Bethan Rose, thank you.