DEA Gets Served Another Lawsuit for Blocking Cannabis Research 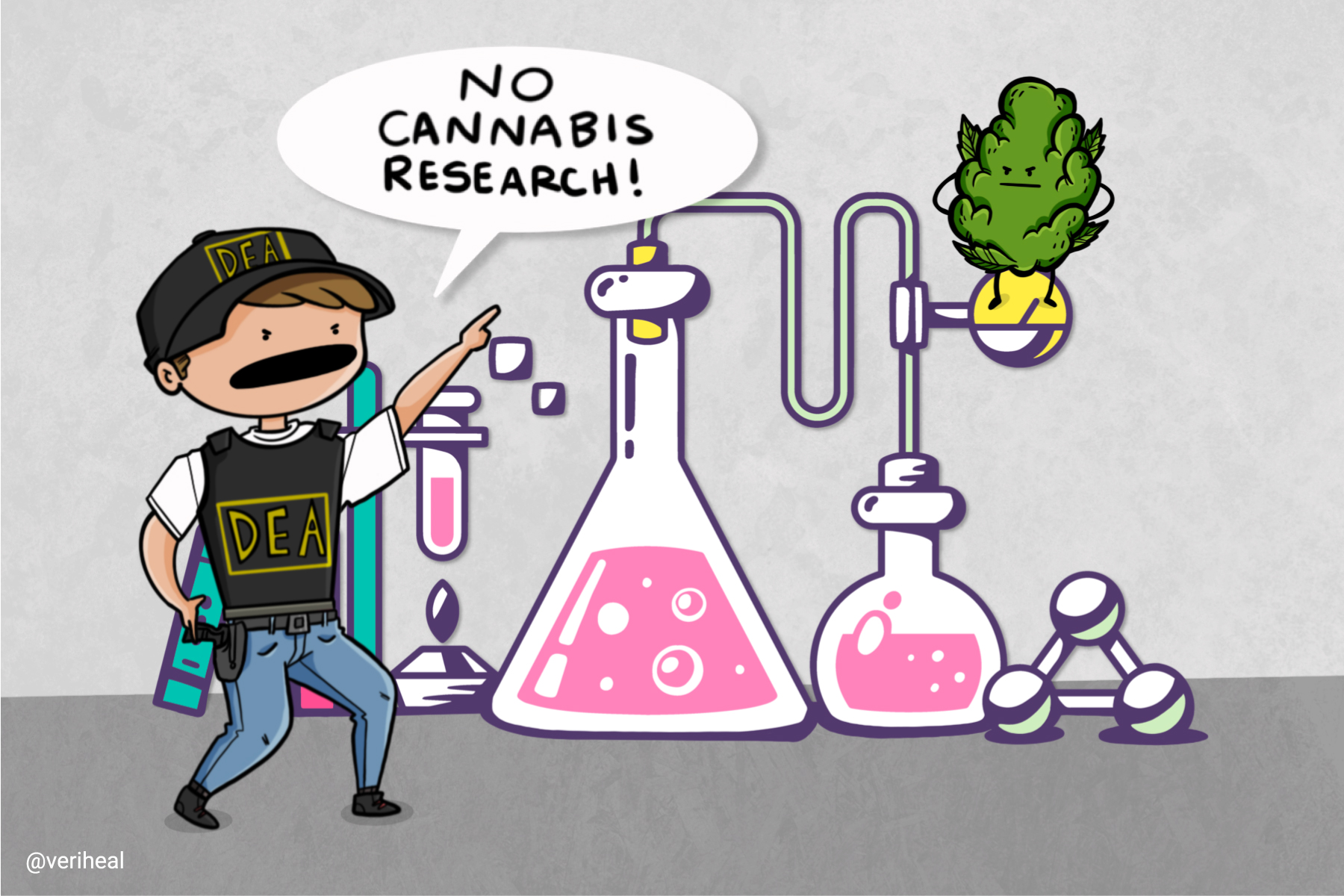 The prohibition of marijuana, aka cannabis, officially kicked off for America back in 1937 and is still in full swing today if you ask the blind eyes and deaf ears of today’s federal government. In 1972, Richard Nixon had a message to send about marijuana, and that message was it was bad. Nixon signed the Controlled Substance Act in 1972, placing cannabis under the category of a schedule 1 drug being highly addictive and having no medicinal value. Truth be told, in my opinion, he was just putting locks on doors owned by big pharma, alcohol, tobacco, agriculture, and private prison industries.

Alcohol, Big Pharma, and Tobacco Are Monopolized Despite Harmful Effects

Alcohol is a proven killer. According to the CDC, “More than half of alcohol-attributable deaths are due to health effects from drinking too much over time, such as various types of cancer, liver disease, and heart disease.” This makes for good business for big pharma and often leads to customers for the alcohol and tobacco industry. As seen in the proof of drug addicts locked up for petty crimes, it also helps kick business to the prison industry, which is a thriving one these days.

Big pharma needs no introduction to their role in the destruction of lives not only in America but globally. Groups like Perdue Pharma, makers of the dangerous, addictive, and deadly prescription drug Oxycotin have reaped unmeasurable profits off the suffrage of humanity, yet; you can still get these substances prescribed to you.

The tobacco industry is hurting, though, right? After all, they did lose a class action lawsuit for hundreds of billions of dollars to be paid over the course of many years in the late ’90s. Take in mind cigarettes were about $2 a pack at the time of this lawsuit, and now they average $8-$10 a pack in most places. According to statista.com, “Globally, Philip Morris International achieved net revenues of approximately 78 billion U.S dollars in 2019.” It wouldn’t seem they’re hurting financially after taking such a big loss.

The same pictures could be painted of the other mentioned businesses. When it comes to cannabis, though, it’s the “Devil’s Lettuce” to the draconian federal government. In fact, for all know from these individuals regarding cannabis, they have their own monopoly on it as the War on Drugs has also lined the pockets of the prison industry. This isn’t just some conspiracy theory put out there by some stoners; statistics will reveal that it is the SAD truth. Finally, reputable people are asking questions and stepping up to say, “What the heck?”.

Another Scientist is Suing to Cultivate Research Grade Cannabis

Lyle Craker, a professor at the University of Massachusetts at Amherst has submitted a filing to the U.S. District Court for the District of Massachusetts against the United States Drug Enforcement Agency. The filing is backed by MAPS (Multidisciplinary Association for Psychedelic Studies) and calls on the DEA to answer a four-year-old filing requesting approval of his application to become a federally registered marijuana cultivator. Prof. Craker says if the request is denied that he is ready to appeal it. Lyle Craker isn’t alone in his quest for certification. According to media sources, there are about 30 others waiting to hear from the feds too.

You would think with the feds popping off that “more research is needed” as a computerized response to cannabis that they would embrace the ability to have questions answered by researchers at universities other than The University of Mississippi. Back in 2016, the DEA said they were starting the process of approving “additional marijuana cultivators.” So, what happened? Why the delay? Why can’t the DEA answer the request of the individuals who filed the appropriate filings? You and millions of other people are wondering the same thing.

Face it; if we weren’t all scared of the government coming after us in some form or another, we would be more avid to say we are sick of this. We do pay the salary of the people. At least what they make on the books for their public position, not what they make to support the lavish lifestyle that so many of today’s politicians live. We see where activism has landed others in America. Something needs to give, though.

More Regarding the Lawsuit and Why it is Desperately Needed

The lawsuit filed by Prof. Craker states, “The medicinal use of marijuana is a public health issue that is vital to the wellbeing, health, and safety of millions of Americans,” and this statement nailed it! If more research is needed on cannabis and cannabinoid therapies, then stop blocking the way. Quit being the “stop-blockers” you are and let the world share in factual and solidified scientific research from others than those who cultivate mold in Mississippi.

The University of Mississippi has long been the only certified producer of cannabis for research purposes in the United States. Time and time again the product they have produced has been far from the quality available to patients and consumers in markets across the United States. Thus far, research has only been able to be performed utilizing dried cannabis flower, not other therapies such as topicals, capsules, and cannabis extracts.  This is something that Lyle and other scientists have also been urging needs to change.

2016 wasn’t the first time that Lyle Craker had applied to become a federally licensed marijuana cultivator. He also applied for this title back in 2001. Rick Doblin, the Executive Director of MAPS who backs Lyle Craker in the filing of his lawsuit, told media,

“Had Dr. Craker’s initial application in 2001 been processed appropriately, marijuana medicines would now be available through pharmacies, regardless of state law, with the strict safety protocols and dosing regularity people with compromised immune systems and serious illnesses need. It’s hard to imagine the scope of suffering that people have had to endure because politics and fear trump science for prohibition-minded officials like the Attorney General.”

The DEA needs to practice what they preach and stop blocking the way for progress in the field of cannabinoid therapies. Hopefully, 2021 will be the year we get it done and remove cannabis from under the gun of the DEA.