Home News Do the Feds Think Cannabis Belongs in Schedule 1?

Do the Feds Think Cannabis Belongs in Schedule 1? 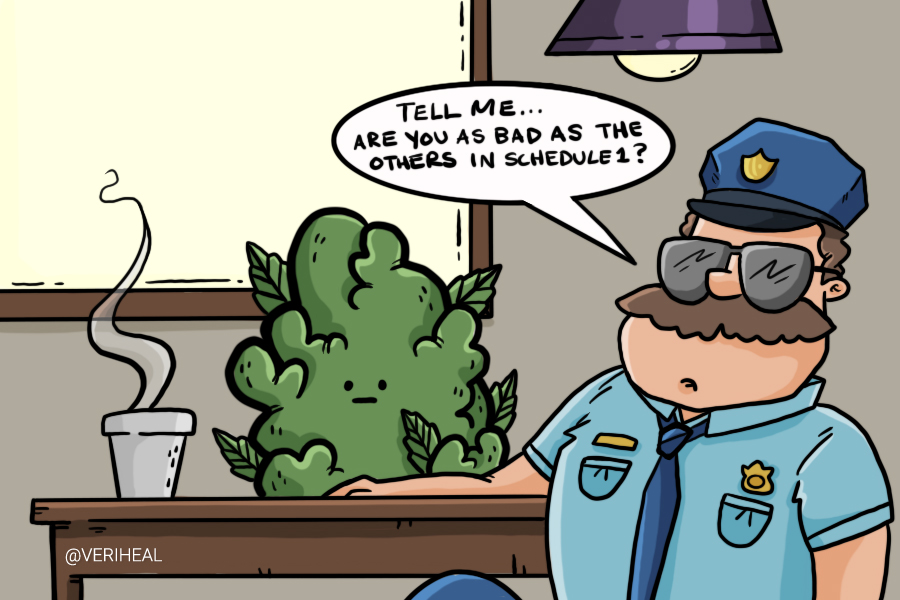 What Constitutes a Schedule 1 Drug?

Schedule 1 drugs are considered to be the most dangerous and harmful drugs. These drugs are also considered to have no medical use with a high potential for abuse. Other schedule 1 drugs include heroin, peyote, methylenedioxymethamphetamine (ecstasy) and lysergic acid diethylamide (LSD). Schedule 1 drugs taken thousands of lives all over the world each year and countless lives throughout history, yet cannabis has never claimed a life.

Cannabis has proven its medicinal value over and over again. It has also proven to be the least harmful and most effective drug out there, whether compared to recreational drugs or to pharmaceutical drugs. The fact that it is still classified as a schedule 1 drug under federal law is infuriating cannabis users, advocates and professionals.

Despite its’ worth and legalization spreading, there are currently no signs that anything cannabis-related will be taken off that list. The simple answer is that federal agencies do not think that cannabis is as dangerous as other schedule drugs, but rather that it has no medical value. I know, this doesn’t make much sense to me either given how much research is available that claims otherwise.

The U.S Food and Drug Administration (FDA) would require extensive and comprehensive clinical trials, the same way as any other drug, in order to determine the medical value of cannabis. This can involve several years and costs that average around $19 Million. In order to even get this going, professionals would have to claim and prove that their cannabis strain can certainly heal or drastically assist with a condition such as curing/inhibiting epilepsy entirely. This is simply how the government’s drug approval process operates.

Even if a company can succeed in this process its cannabis strain, which will most likely be made into a pharmaceutical form such as a pill, will only be allowed to be prescribed to patients with the same condition that the FDA process was done with. If the same company can lay claims and proof that another or the same of their product can be useful for another condition, they will have to embark on more extensive and comprehensive clinical trials to prove it.

How Will Cannabis Be Reclassified?

Cannabis, LSD, ecstasy, and heroin may be in the same schedule 1 drug classification, but that does not mean that the federal agencies believe cannabis is as dangerous as those other drugs. The basics are that no one has been able to come forward with definitive evidence proving the cannabis medicinal value. When this does eventually happen, we believe it will, professionals believe that cannabis will likely only be reduced to a schedule V drug. This means that cannabis can be prescribed by doctors and accessed in pharmacies but it will be strictly controlled.

Alternatively, cannabis can get off of the schedule 1 drug list if it were to be removed from the federal government list, ending cannabis prohibition nationwide and essentially allowing cannabis to be used similarly to how alcohol and tobacco are allowed. This may be the easiest way to get cannabis off that list instead of embarking on the expensive and extensive clinical trials to definitively prove its medical value.

For now, we can not tell which way it will go. Will federal agencies end the cannabis prohibition, or will professionals step up to take on the FDA process? Either way, there is at least some comfort in knowing the fact that the feds do not think that cannabis is as dangerous as the other schedule 1 drugs.