Home News Examining The Effects of Cannabis on the Adolescent Brain

Examining The Effects of Cannabis on the Adolescent Brain 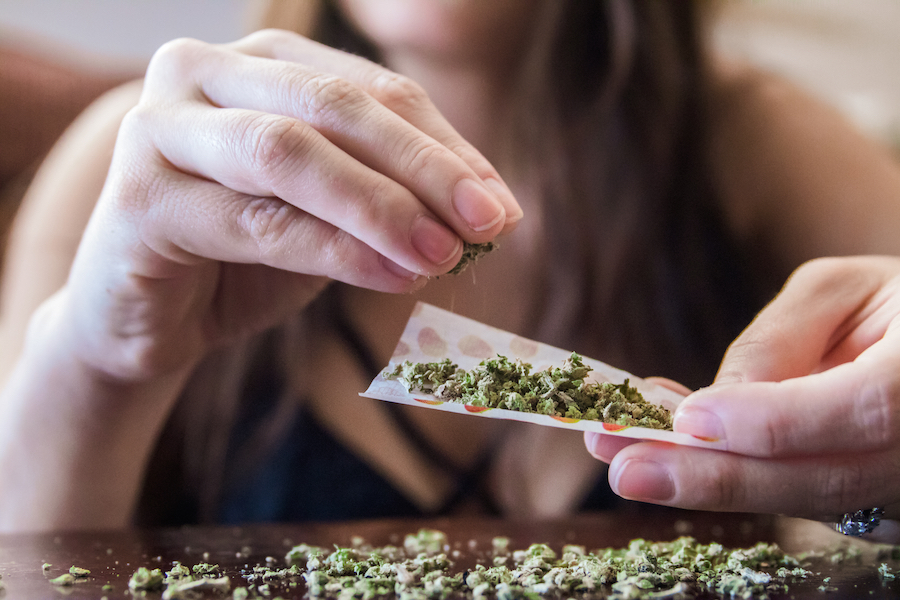 One of the most controversial topics of discussion regarding cannabis is the effects it could have on the adolescent brain if they’re exposed to it. Many people fall back on the theory that early exposure to cannabis, particularly in adolescents, will cause schizophrenia. However, there is not enough research for us to draw a certain conclusion. To fully understand the effects of cannabis on children, there needs to be more research done. So, for now, we can have a look at all the available positions on how cannabis influences children as well as their brains.

Frequent cannabis consumption has been associated with increased rates of mental illness and cognitive impairment such as schizophrenia memory impairment, especially if the consumers were adolescents. The thing about that connection is that the processes underlying them are not well understood. The theory is that when individuals start consuming cannabis when they’re adolescents, the negative outcomes will be more severe and persistent.

The adolescent brain is busy maturing in ways that are making it more efficient and strengthening executive functions such as emotional self-control. Cannabis consumption is suggested to disrupt those processes of maturation. This is also the suggested reason why smoking when you’re an adult does not affect your performance as much as it would when your brain is still developing. Multiple studies have been done where adult cannabis consumers stopped consuming for at least 25 days. Their performance was then tested against those who do not consume at all. There was no difference in their performance, although scientists do not believe the same results will be yielded when adolescents are tested. Schizophrenia, and other mental illnesses, are complex in origin and are the result of a combination of internal and environmental disturbances. Despite what others believe, there is not enough research to make a solid claim about the adverse effects for adolescents.

A recent study that followed boys from adolescence into adulthood discovered few changes in their brain structure. The researchers identified four adolescent cannabis trajectories: non-users/infrequent users, desisters (ceasing consumption), escalators, and chronic-relatively frequent users. At the end of the study, the results were compared, and it revealed that there was no difference in the adult brain structure in any subcortical or cortical region. They concluded that adolescent use is not associated with differences in the structure of the brain when they become adults.

While this study provides some comfort for those worried about the effects of starting to consume cannabis young, it was also only performed on boys and this is also only one study. Stance 1 has more studies to support its’ theory. Yet neither of them has enough evidence to make a certain conclusion.

Stance 3: Worry concerning cannabis consumption in adolescents but no certainty of what it will do

Yasmin Hurd of the Icahn School of Medicine in Mount Sinai explains that cannabinoids made in our own bodies play crucial roles in writing our brains in prenatal and adolescence stages. Our cannabinoids at those stages regulate appetite, sleep, emotion, memory, and movement. When you consume cannabis, you change up the concentration of your own cannabinoids within your endocannabinoids. This is the reason for concern by Yasmin and many other professionals.  However, these professionals state that more research needs to be conducted to confirm what effects would occur from early cannabis consumption.

All of the stances have their own evidence to support their claims. Like many other areas of cannabis, their evidence is insufficient and needs to be expanded on. This area will remain a controversial topic of discussion until more in-depth and extensive research has been done and confirmed a few times over.

Hi Chane Leigh, I am from Canada West Coast weeds is part of my daily routine and yes it affects my memory but the other way around, It actually enhances my memory not to forget to smoke weeds makes me happy.

Hi Lillian,
Thank you so much for writing your response to me. I also find that I work and study well for test on cannabis.

This article is mainly ment to highlight possible adverse affects of consuming cannabis while your brain is still under development as an adolescent.

I love cannabis but only started consuming it after the legal age limit and I haven’t stopped since.

I must admit, I really take advantage of the tunnel-vision state I get while working under the influence of cannabis.

But then again, we all recieve and respond to the cannabinoids differently.

Again, Thank you for sharing your experience!!

I think it’s very possible that the association between those conditions and cannabis might be that they were pre-existing and the adolescents were using marijuana to relieve those conditions.

Hi John,
Thank you for sharing your theory 🙂

When I was a student in the Psychology department, we discussed something of a similar nature.

Does cannabis cause thise conditions that we think they do, or is it a result of the condition being pre-existing but dormant until the time of cannabis consumption. This is still a debate to which you will find compelling arguments on both sides.

However, I must say that if they were consuming cannabis to alleviate a condition they were already experiencing, they still face the risk of altering other compounds in their brain.

Ultimately there is no way for us to be sure what cannabis does and doesn’t do to the adolescent brain.

The only thing we do know, is that it will cause one or another type of imbalance within the adolescents compounds.

But then again, we haven’t looked into whether all of this applies exclusively to smoking or THC or whether it is inclusive.

I just hope that scientists andresearchers dive deeper into this matter.

Thanks again for writing John!
🙂