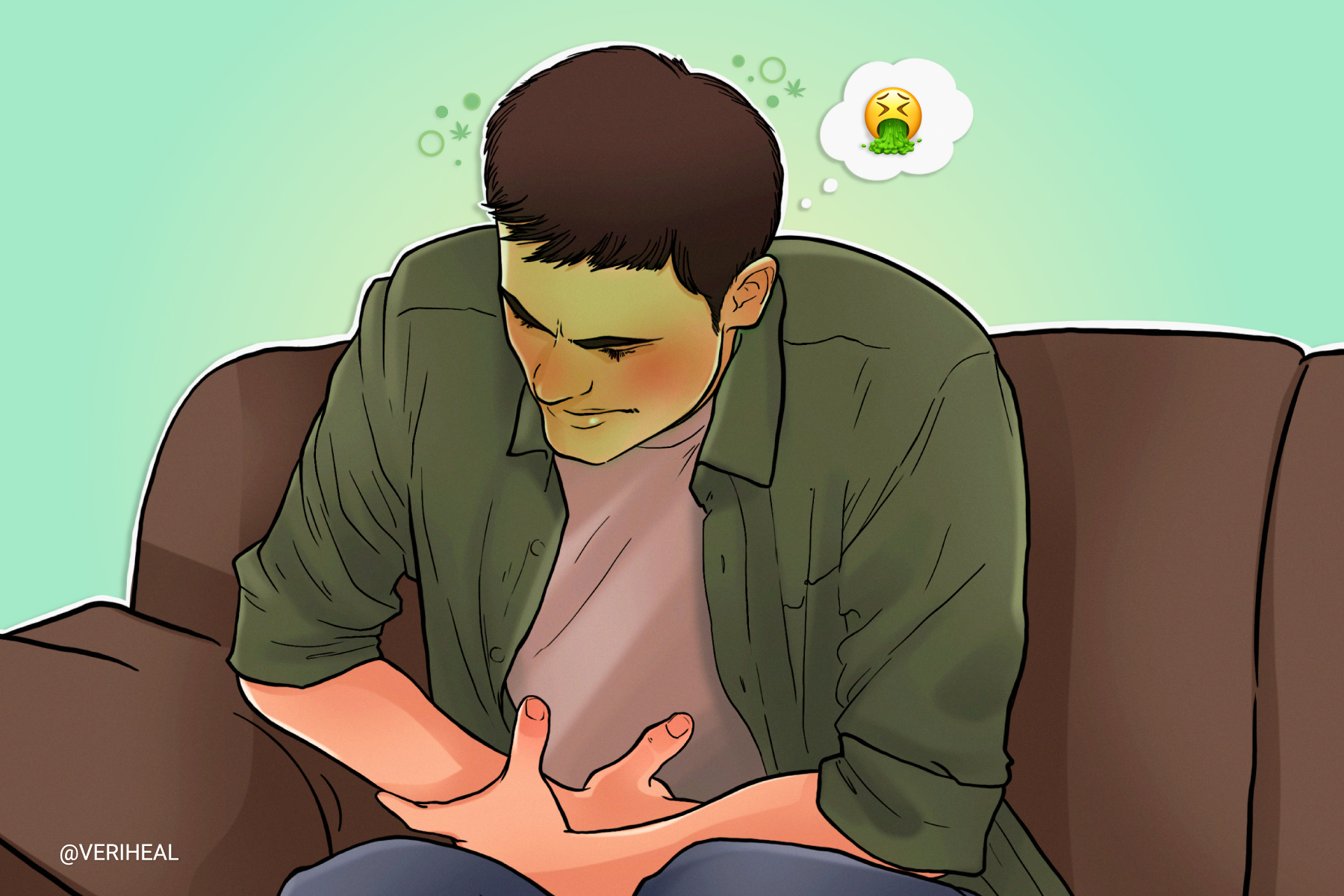 Research has already suggested a link between high potency cannabis and increased anxiety, the opposite of what many hope to gain from its consumption, as well as being linked to increased risk of psychosis for those with certain conditions. While this may sound daunting, the risk only lies in HIGH potency products- which is when the product contains more than 10% potency. Adding to the reasons of ‘why not to consume high potency cannabis’ is the fact that it has been linked to a mysterious vomiting illness in young consumers.

In a recent interview with NBC News, cannabis consumer Bo Gribbon shared an account of what happened to him,

“It felt like Edward Scissorhands was trying to grab my intestines and pull them out”.

The news platform reported on the mysterious vomiting illness and began with that slightly horrifying and visual account of what Gribbon experienced, who was 17-years-old at the time. Gribbons reportedly began vomiting and then couldn’t stop. This happened on and off the entire day before he was driven to the hospital by his mother. Throwing up feels taxing and terrible the first time, and not being able to stop is a harrowing thought.

However, that’s not the worst of it. NBC News explains that Gribbon returned to the hospital 11 times in nine months with the same thing. He obviously had severe vomiting but he was also screaming at the same time all of which lasted for hours at a time. Apparently, a physician figured out that cannabis was the cause of it, hard to believe, but proved true. Gribbon stated that “the only thing that convinced me was that it stopped when I stopped smoking”.

Will Brown, 17 at the time, explained his experience to NBC and stated that “I knew I couldn’t stop” and that “my life was falling apart around me”. Jasmin Block, 18, got cannabis through illegal means and became an advocate for stricter cannabis policies as a result of her own experience. She stated that cannabis was too easy to access and that there are many who “wanted to profit off of these younger kids”.

While many may not be shocked to find out that this mysterious vomiting, is not that mysterious at all. NBC reports that the condition is officially known as cannabis hyperemesis syndrome (CHS). However, the condition seems to present in younger consumers and is commonly accompanied by screaming as well as having come to be known as ‘scromiting’- a mashup of ‘screaming’ and ‘vomiting’ according to NBC.

CHS Cases Are on the Rise

In 2009, the ER at Parkview Medical Center in Pueblo reportedly only saw 5 scromiting cases, but the number had risen to over 120 in 2018. Another study published in 2015 found that scromiting cases had doubled in two different ER facilities shortly after legalization.

Dr. Brad Roberts, an emergency room physician at Parkview Medical Center, told NBC that the problem for hospitals is the resources. This is due to the fact that doctors will order an array of diagnostic tests in order to rule out any underlying conditions first. He stated that “we use up a lot of medical resources to see if there is anything more seriously wrong with them”. Dr. Roberts was simply offering up a perspective from the medical side and was not downplaying the importance and severity of implications for the patient.

A 2018 review on emergency department treatment of CHS suggested that patients with CHS will not only present with pain but likely “demonstrates regular and chronic cannabis use, intractable nausea and vomiting, cyclical vomiting, relief of symptoms with hot baths, and resolution of symptoms after cannabis cessation”. Therefore it is safe to say that if you are a cannabis consumer who presents with severe vomiting, cease cannabis consumption immediately as well as strongly advising that you inform the doctors at the ER of cannabis consumption. The study also stated that scromiting is “an increasingly prevalent and complicated problem for health care providers and patients”. This suggests that while CHS is currently a rare illness, there is a risk that it could change.

Cannabis has been consumed for thousands of years for many reasons but it was only until 2004 that the first report of CHS was filed. This only supports the link between high potency cannabis and this terrible illness. Why? Because the potency of cannabis in the 21st century is far more potent than the products that were consumed by the generations before us.

As a result of the increase in scromiting cases, or rather CHS cases, doctors are pleading to lawmakers to take action and “close a loophole that allows young people between the ages of 18 and 20 to get their hands on large quantities of high-potency pot”, according to NBC. They provide Colorado as an example where cannabis is illegal for those under the age of 21. However, with a script from doctors, underage cannabis consumers are then allowed to purchase up to 400 doses a day by going from dispensary to dispensary.

Fortunately, lawmakers did take action and implemented new legalization requiring those under the age of 21 years old to see two separate doctors for a medical card. The new legislation also places restrictions on the amount they can purchase at individual stores as well as implementing a tracking system to prevent people from “going shop to shop”.

Screaming, vomiting, pain, and the inability to do anything about it but scream… this sounds like a cannabis consumer’s worst nightmare. However, there are reasons not to be concerned about consuming cannabis at all, but rather to just be cautious. In other words, stay away from illicit means, avoid high-potency cannabis, and don’t consume recreationally if you’re under the age of 21. This one risk may be scary, but the benefits of cannabis as a therapeutic substance far outweigh the risk. Especially if you practice caution about the products you are purchasing. If you use cannabis therapeutically, be sure to check the product’s certificate of analysis in order to ensure the product contains the precise therapuetic amounts of THC and CBD.