Highway Robbery Disguised by Badges: The Case of Empyreal Logistics 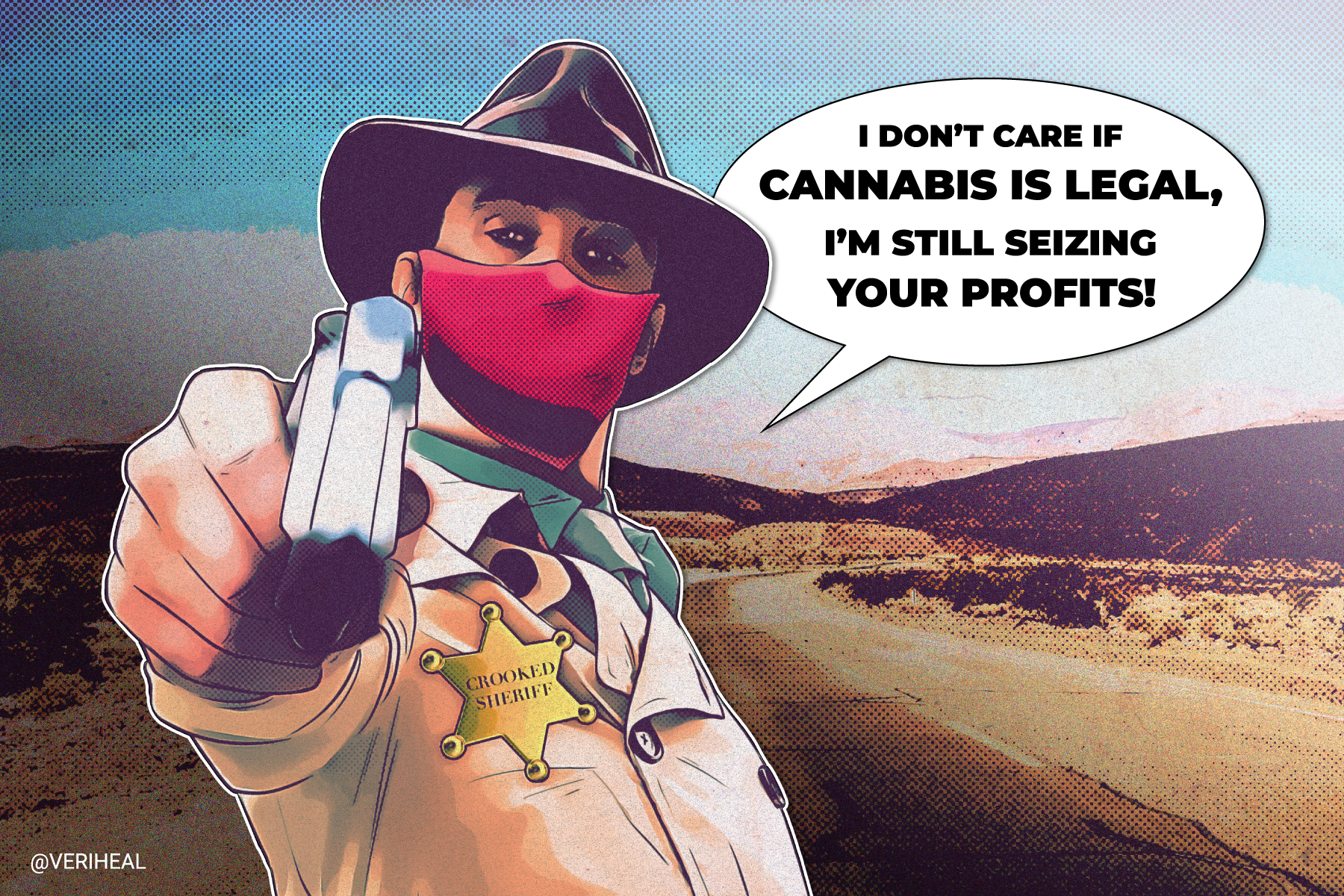 The feds are back at it—making things difficult for cannabis companies, that is. But this time, the FBI and the San Bernardino County Sheriff have been accused of breaking the law themselves. The allegation is that they illegally seized cash from legal cannabis dispensaries being transported by a company called Empyreal Logistics, and we’re not just talking about a few grand. We’re talking about almost $1.1 million!

The envelope-pushing authorities will split the haul to fluff government budgets if they get their way. But these aren’t the days of yesteryear, and cannabis businesses now have some rights. Sadly, these rights are often tested, as we see in this case.

Here’s the situation. An armored car from Empyreal Logistics was hauling $712,000 that came from legal, licensed, taxpaying dispensaries. Empyreal operates in 28 states, acting as a cash courier for cannabis businesses and their banks. The armored car was driving into Barstow via a Mojave Desert freeway back in November 2021. Without cause, San Bernardino County Sheriff’s deputies pulled the armored car over. They interrogated the driver, seized the money being hauled, and turned over the cash to the FBI.

It doesn’t stop there either. A few weeks went by, and the San Bernardino County Sheriff deputies targeted the same driver again. This time they seized $350,000. Like the previously confiscated $712,000, this money was also turned over to the FBI. Some have raised accusations that these unprovoked traffic stops were actually orchestrated heists in which local and federal authorities targeted a specific driver known to be transporting cannabis-related cash, taking “civil forfeiture” to another level.

Civil forfeiture is a way for state and federal authorities to seize assets from citizens suspected of illegal activity without specifying such activity—aka, it’s a way for law enforcement to take what they want when they want. In California, cannabis is legal for both medical and recreational purposes, but cannabis is still illegal everywhere in America on a federal level. This means authorities still hold the power to prosecute individuals for cannabis-related activity.

The most recent cash seizures come after Empyreal’s previous run-ins with law enforcement in early 2021, forcing the company to ask a federal court to return the funds. Now, the company is stepping up its game. In January, Empyreal Logistics filed a lawsuit against San Bernardino County Sheriff Shannon D. Dicus and others requesting the return of the seized cash and the prevention of future seizures.

The Fight for Cannabis Protections Revs Up

Picture this: You are hauling cash for local businesses through the desert when a group of armed police officers stops you without cause. They take all your cash, don’t charge you with anything, and leave. This is a frightening experience that I would describe as a robbery, and I’m not alone in this thinking. Many industry experts have raised serious concerns about the events outlined in Empyreal’s lawsuit. Dan Alban, a senior attorney for the law firm representing Empyreal, stated:

“This is nothing but highway robbery using badges. Empyreal is transporting proceeds from legal businesses to financial institutions. These seizures don’t stop crime or improve public safety; they just enrich these agencies, which get to split the proceeds from civil forfeiture. These funds are only being seized because of that profit incentive. And that’s not remotely legal or constitutional.”

In this lawsuit, Empyreal claims the San Bernardino County Sheriff’s Department broke a California law protecting financial institutions that work with cannabis dispensaries. It specifically argues that the FBI and the DEA violated federal law prohibiting the states from spending government money to interfere with legal, medical cannabis businesses in states where medical cannabis dispensaries are legal. According to Empyreal Logistics, “seven of the eight state-permitted dispensaries whose cash was taken in San Bernardino County were licensed to sell medical marijuana.”

During this “seizure of assets,” if you will, no company employee was charged with any crime. Also, this isn’t the first, second, or even third time that Empyreal’s armored cars have been stopped in San Bernadino County. Empyreal claims that their vehicles have been stopped by police a total of five times since May 2021, with three of the stops made in San Bernardino County in the last two months.

Authorities claim that “the money is tied to federal drug or money-laundering crimes” yet have not specified any unlawful conduct nor charged anyone with a crime. Judge John W. Holcomb of the U.S. District Court for the Central District of California denied an emergency order that would have blocked law enforcement agencies from continuing to seize money from Empyreal. Holcomb also rejected Empyreal Logistics’ allegation that the FBI was breaking federal law.

Cases like Empyreal’s will continue to happen until the U.S. rectifies the substantial gaps in federal and state cannabis legislation. Despite the fact that 36 states have legalized medical cannabis and 18 have regulated recreational, the disparity between national and local laws only makes legal cannabis operations extremely confusing as business owners have to assess conflicting interpretations of what is and is not legal.

President Joe Biden unfortunately isn’t doing much to address the issue, either. Although Biden promised to continue letting states make their own choices regarding cannabis and work toward federal decriminalization, Americans have yet to see the current administration make any substantial changes to cannabis law.

The U.S. has largely led the way when it comes to cannabis legalization, but cases like this one demonstrate just how far the country still has to go. Meanwhile, places like Canada, Mexico, and Thailand are catching up quickly with their own legalization measures. Only time will tell if U.S. politicians seriously intend to continue supporting this blossoming industry.