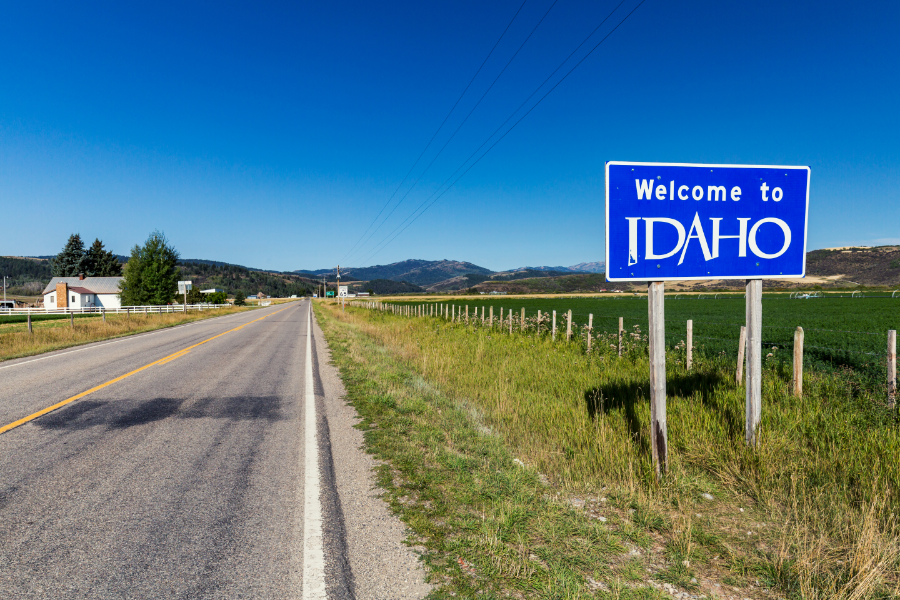 Idaho remains steadfast in its opposition to the spread of cannabis legalization reform, but cannabis is making its way in, despite their best efforts. The state is surrounded on all sides by cannabis. Idaho’s neighbors to the west both have legalized recreational cannabis. Nevada, to the south, and Canada, to the north, also have legalized recreational cannabis. Montana has a legal medical cannabis market and Wyoming at least allows for CBD. Even the conservative religious state of Utah saw a ballot measure pass in 2018 legalizing medical marijuana. Wisconsin represents a similar cannabis prohibition island of the midwest.

Cannabis is Coming to Idaho.

Recent new reports featured a viral story that indicated cannabis sales along the state line are 420 percent higher than the statewide average. the Associated Press reported that Oregon’s recreational marijuana market is booming along the Idaho border. Clearly residents of neighboring Idaho are making a bold statement with their purchases – they want cannabis legally accessible in their state

The “border effect,” which happens when neighboring jurisdictions set different rules for the same product – is resulting in residents traveling to take advantage of relaxed restrictions. This effect is not unique to cannabis while the recent waves of legalization have brought more attention to the matter. While Idahoans continue to spend money out of state in order to get it, local lawmakers seem to have no intention of real cannabis reform coming to the state any time soon. Idahoan cannabis advocates aren’t giving up on their state’s opportunity to catch up in the cannabis reform game.

Idaho remains one of the only states in the country without any kind of law recognizing the medical or therapeutic value of cannabis. Under current Idaho law, an individual charged with possession of up to an ounce of marijuana faces a year in jail and/or up to a $1,000 fine. Currently, local cannabis advocates are petitioning for The Idaho Medical Marijuana Act. This Act would create civil and criminal protections for medical cannabis patients. The petition was approved for circulation in August 2019. In order to qualify for the 2020 ballot, supporters need to collect just over 55,000 signatures throughout the state by April 30.

Every legislative session over the last decade has brought out a handful of states who choose to take the step into real cannabis reform. 2020 will be no different, in fact, the speed and quantity of reform bills that will get passed are only increasing as the public opinion tables have shifted. The majority is now in support of cannabis reform, on all levels. Clearly, there are states that will hold out till the end, but really they are just creating more difficulties in effectively dealing with what should be the real focus – which most agree is not cannabis prosecutions.

As cannabis reform moves into the national limelight and even being recognized as a mainstream political topic among presidential candidates – the days of avoiding the conversation up in smoke. As the voter majority begins to transition to younger generations, more progressive national legislation will continue to flow in.