Since Nov. 8, prime brokerage clients affiliated with JPMorgan Chase & Co. have been unable to purchase some cannabis-associated securities.

The news, which was officially announced in a letter, confirmed that the bank would no longer be granting new acquisitions or “short” positions in cannabis-focused businesses. However, the letter also noted that clients who already maintain such positions will be able to liquidate them.

“J.P. Morgan (JPMS) has introduced a framework that is designed to comply with U.S. money laundering laws and regulations by restricting certain activities in the securities of U.S. Marijuana Related Businesses,” reads an excerpt from the bank’s letter, which was addressed for the attention of its clients.

The bank’s decision comes hot off the heels of Credit Suisse’s $5.5 billion loss from the crash of the Archegos Capital Management investment fund. Numerous banks were left dealing with losses as a direct effect of this unexpected disaster. Since this time, wealth management firms have been forced to figure out exactly how much they’re willing to risk.

Although a swelling number of U.S. states have legalized cannabis for medical and/or recreational purposes, federal law still deems the plant to be an illicit substance. Consequently, banks that choose to collaborate with cannabis-focused businesses face the risk of being penalized for their actions.

Only specific cannabis-related businesses can list on the NASDAQ and NYSE, such as Canadian companies that do not carry out retail activities in the states. Conversely, companies that deal directly with cannabis cultivation or cannabis sales cannot list on the aforementioned stock exchanges.

Any U.S.-operating company that has a “direct nexus to cannabis-related activities” and does not list shares on the following stock exchanges must also abide by the restrictions:

Nonetheless, many companies are skirting around the rules to continue trading on over-the-counter exchanges.

A recent report published by MarketWatch confirmed that most cannabis company investors have been “burned by stock market losses” in 2021. Despite a poor performance this year, the sector is continuously growing as more U.S. states introduce legal adult-use markets. As of December 2021, a total of 18 U.S. states, Guam, and the District of Columbia have legalized cannabis for recreational use and sale.

Mainly, cannabis multi-state operators (MSOs) like Curaleaf Holdings (OTC:CURLF) and Trulieve Cannabis (OTC:TCNNF) will feel the effects of the financial institution’s decision. Why? Because cannabis’ federally illegal status in the U.S. means that such companies have no choice but to engage in OTC trading activities. 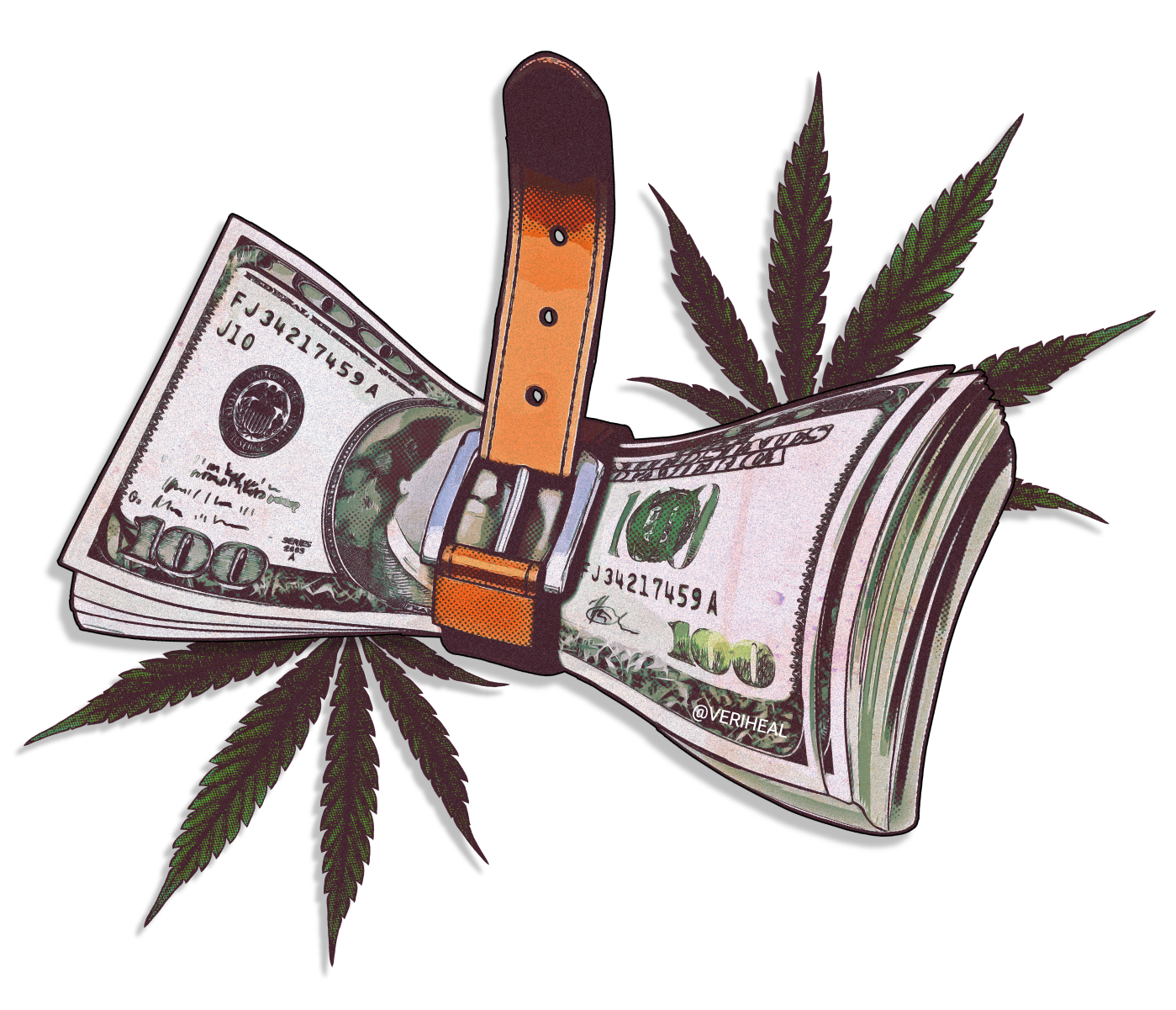 In addition to this, it’s likely that panic-selling from concerned investors could cause the cannabis stock market to struggle further now that JPMorgan Chase will stop offering new acquisitions or “short” positions in cannabis-focused businesses. Plus, the U.S. Food and Drug Administration (FDA) and Centers for Disease Control and Prevention (CDC) issued a warning about delta-8 THC products back in September—something that is likely to put a strain on the cannabis sector moving forwards.

JPMorgan Chase & Co. identifies as an American multinational investment bank. The financial services holding company is headquartered in New York City and was incorporated in Delaware. J.P. Morgan’s roots extend as far back as 1799, though the conversion of J.P. Morgan and Chase into JPMorgan Chase happened in 2000. Currently, the bank serves a broad scope of individuals and corporations in over 100 different countries.

Some of the world-renowned financial institution’s heritage firms include:

Globally recognized for having top-rated finance technology and mobile banking services, JPMS prides itself on restructuring businesses to enhance their profitability and market permanence, not to mention the level of control maintained over the companies it collaborates with.

Aside from JPMS, another American bank that has been actively operating in the realm of cannabis trading is Cowen and Co. Back in September, the financial institution sent a letter to its clients outlining how it had decided to boost cash margin provisions for cannabis-associated trades on its platform.

JP Morgans move is a good thing in the long run imo, as it shows the industry is maturing. Banks are going from gambling on cannabis to owning equity in it.

By traditional metrics, the decrease in call volume will be seen as bullish. I’m personally ready for some cannabis dividends though.