Many Municipalities in New York Aren’t Embracing the Legal Industry 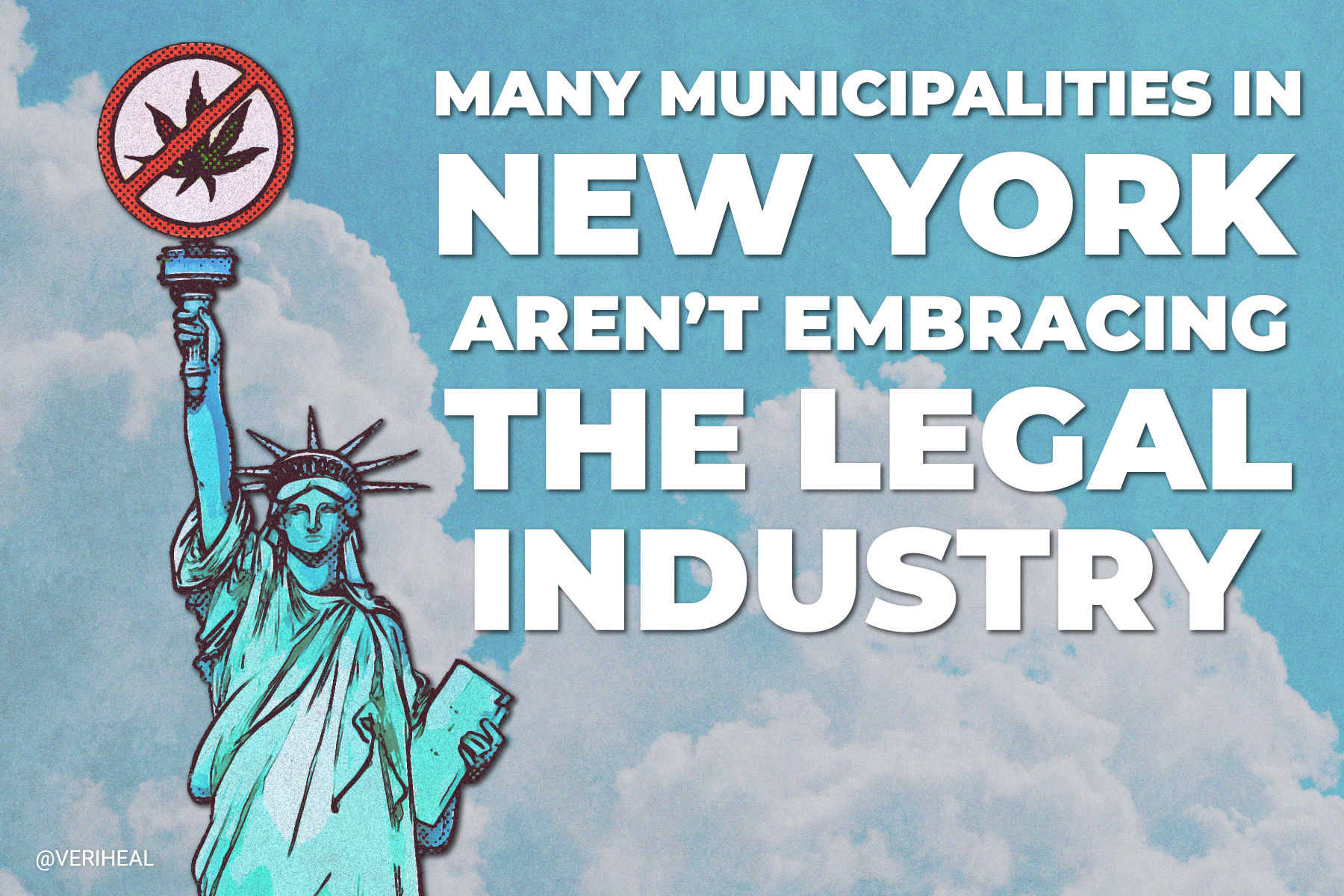 It is a monumental day when a state reforms outdated and harmful laws surrounding cannabis. However, once reformed, it has been proven time and time again that social stigma remains, and the work is far from done. This is precisely the case of legal cannabis in New York.

New York Legal Cannabis: Opt In or Opt Out

By neither opting in nor out, a municipality was automatically opted in. Approximately 900 municipalities took this route. It is believed that some of the municipalities that chose to opt out did so in order to put forth their own set of rules and regulations, and planned to to opt in at a later date.

It’s likely that more states will choose to opt in down the road. The rules put forth state that once a municipality opts in, they cannot opt out again. However, if initially a municipality opted out, they can decide to reverse their decision and opt in at any time.

Multiple municipalities cited a lack of guidance from the New York Office of Cannabis Management as the underlying reason to why they were opting out. It is possible that as regulations are set, and the implementation of the market continues, that some municipalities will revisit their decision and choose to allow this industry to operate in their jurisdiction.

How Many New York Municipalities Have Opted Out of Legal Cannabis?

It is unfortunate for many reasons that such a large portion of the state will not be allowing the legal cannabis industry—which is projected to be a multimillion-dollar industry— to operate within their jurisdictions. Consumers living in the municipalities that have opted out will be forced to spend their money in neighboring areas. Additionally, municipalities that have said ‘no’ to allowing dispensaries and consumption sites will be excluded from benefiting from the tax revenue generated from those businesses.

The opt-in or opt-out opportunity for municipalities throughout the state only applies to dispensary and consumption sites specifically. Municipalities will not be given the opportunity to opt out of allowing for cannabis cultivation or cannabis delivery services within their jurisdiction. This is quite fortunate as it may be difficult for some residents to travel to other municipalities in order to shop for cannabis, and in those cases, having access to delivery will be vital.

According to the Marijuana Opt-Out Tracker managed by the Rockefeller Institute, there were 642 municipalities within the state that had opted out of allowing for dispensaries, and 733 municipalities that had opted out of allowing for consumption sites as of January 2, 2022. While these numbers may fluctuate in the weeks to come as final reporting is official; there are still hundreds of municipalities in the state embracing the potential of the New York retail cannabis market and all it has to offer.

They’re currently no operating recreational cannabis dispensaries in the state; however, according to the legislation signed by the former New York governor Andrew Cuomo, recreational cannabis is legal in the state. Currently, adults over the age of 21 are able to possess up to 3 ounces of cannabis for their own personal use, or up to 24 grams of cannabis concentrates such as oils and extracts. However, without operating dispensaries, how do New Yorkers legally obtain cannabis?

This is a tricky area. Currently, there is no place for those over the age of 21 to purchase cannabis in New York legally. However, they are able to be gifted it by others over the age of 21. Additionally, some cannabis dispensary operations have opened on tribal lands owned by Indigenous New Yorkers. These entrepreneurs opening dispensaries on reservations are hoping to hit the ground running in the absence of the state’s infrastructure, and establish themselves early on.

Eventually, adults in New York will be able to cultivate up to six cannabis plants in their homes for personal use, but this cultivation is not yet permitted. In fact, cannabis consumers in the state will not be allowed to grow their own until 18 months after the first recreational dispensary opens in the state.

Clearly, these laws leave a gray area of confusion at this time. There is a silver lining in all this. As long as cannabis consumers are within their possession limitations and are at least 21 years old, they no longer have to worry about going to jail in the state of New York for choosing to consume a plant.

Public Consumption of Cannabis is Permitted in NY

One aspect of the New York recreational cannabis market that stands it apart from other states is that legislation has been put forth that allows for cannabis to be consumed in any place in which tobacco products are allowed. Yes, that means that you can walk down the streets enjoying a toke and take dank pictures blazing with your pals in Times Square if you so choose. It’s perfectly legal as long as all participants are over the age of 21.

According to a 2015 study, cannabis is comparatively safer than federally legal substances such as tobacco and alcohol. If an individual is allowed to freely consume a cigarette, or have a beer in public, then there is no reason that cannabis consumers should be forced to hide behind closed doors, especially when consuming cannabis has been proven to be far less deadly than consuming tobacco and alcohol products. Hopefully other states will follow New York’s lead in allowing public consumption.

Mass opt-outs like this have occurred in other markets in their infancies as well, and should not be seen as representative of the overall success that legalization will have in the state of New York.  Just like the medical program in the state has evolved with time, so too will the adult-use, recreational cannabis industry in New York. Hopefully municipalities will revisit their decisions in the months to come and we will see more of them start to embrace the idea of having cannabis consumption sites and dispensaries in their area.