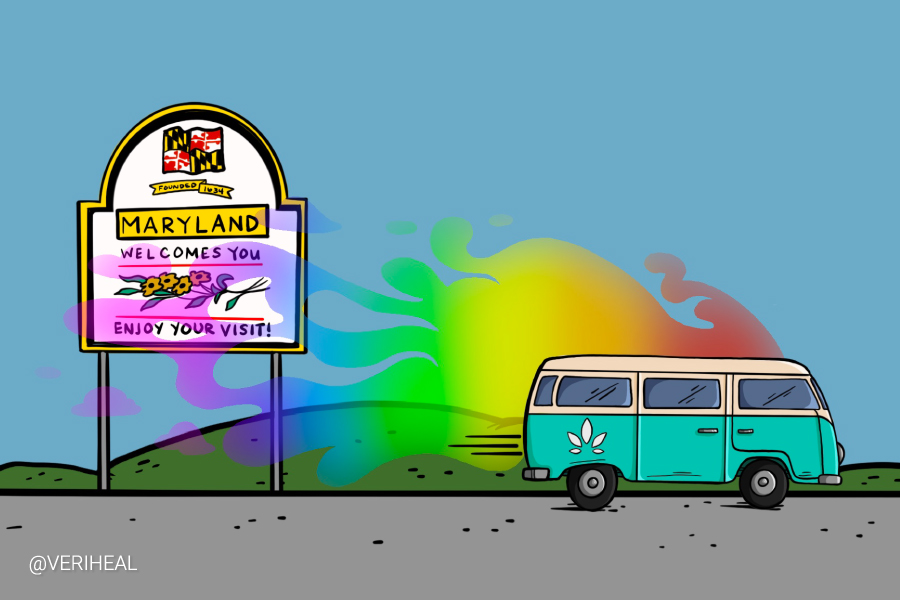 Has this ever happened to you? You’re driving home in the evening, and suddenly you see flashing red and blue lights behind you that indicate you’re being asked to pull over. As you steer your car to the side of the road, your thoughts run quickly through where you’ve been and what you’ve been doing. You don’t think you’ve done anything wrong, but traffic stops can be anxiety inducing. It occurs to you that you were with friends who were smoking cannabis. Perhaps you were smoking yourself. Perhaps you have some cannabis in the car with you, or maybe the scent just lingers on your clothes. You inhale deeply, trying to discern how powerful the aroma is, and cross your fingers that the police officer won’t smell it. For many of us, that’s an all too familiar situation. But for drivers in the state of Maryland, it will no longer pose a concern. That’s because conducting searches and arrests based on the smell of cannabis has just been ruled illegal.

The Status of Cannabis Legality in Maryland

As in many other states, the issue of whether someone in Maryland who has been partaking of cannabis has broken any laws is not black and white. Recreational cannabis remains illegal in Maryland, though it has been decriminalized. But the state has a successful medical cannabis program that has blossomed over the years. It is certainly feasible, therefore, that someone in Maryland might have cannabis in their car without being in violation of any laws.

There is precedent for the idea that the smell of cannabis does not offer probable cause for police to search a vehicle. A judge in Pennsylvania ruled similarly last year, dismissing a case because the evidence against the defendant had been gathered without cause—via an unwarranted search of his vehicle. As the judge in that case pointed out, the smell of cannabis in a state where it has been decriminalized and made medically legal is not conclusive evidence of a crime and therefore provides no cause for a search.

The Case That Drew Attention

The issue came to light in Maryland because of the case of a Baltimore man. Rasherd Lewis was apprehended in a store after police registered the scent of cannabis on him. A search of his person revealed that he was carrying a handgun for which he did not have a license. He was also carrying a small amount of cannabis in his pocket—enough that he would likely have been fined, but not enough that he would have been charged with a crime.

The cannabis may not have spelled trouble for Lewis, but the handgun did. He was sentenced to three years in prison for possession of a firearm. The state argued that using the odor of cannabis as probable cause for the search paid off in this case, leading them to discover the weapon. But Lewis appealed the ruling on the grounds that the odor should not have been considered probable cause—and he won his appeal. Now it is likely that the conviction against him will be vacated.

There is a history of law enforcement officers using the smell of cannabis to justify searches. We’ve discussed the laws of Maryland and Pennsylvania here, but cannabis users should familiarize themselves with the laws in their state. Know your rights and inform yourself as to what you should do if you’re stopped by police while you’re carrying cannabis.

As our country moves toward legalization, don’t be cavalier about smoking where the smell can be detected or going out with the scent of cannabis on your clothes. Even if you’re completely in the right legally, it’s always a good idea to protect yourself from suspicion and to stay safe!