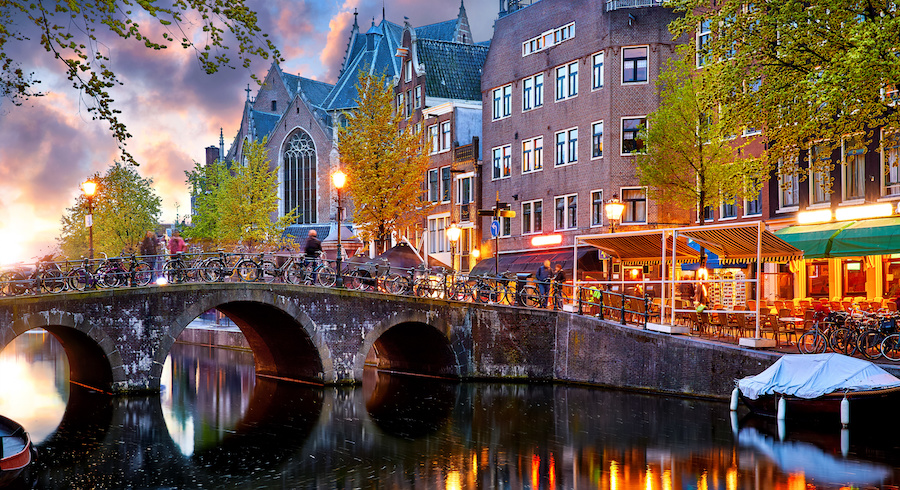 Amsterdam is popular for a few things- the thriving cannabis industry and red-light district tours. And now there’s bad news, the Mayor of Amsterdam, Femke Halsema has announced that the city will soon ban tourists from buying cannabis and there will also be clamping down on acceptable red-light district tours. These changes may disrupt overall tourism and it seems it is all part of their plan. Tourists who once flocked to Amsterdam to have the ultimate cannabis experience may have to reconsider their future plans.

Halsema is cracking down on the nuisance caused to locals by ogling tourists who visit De Wallen. While this area might be a well-known red-light area, it is also a residential area which has through the years been badly affected by overcrowding due to guided tourists. The city with an exquisite artistic heritage, gorgeous canal system, numerous bicycle paths, and lovely old-world charms is ready to clean up its streets and its image. This move of curbing cannabis sales follows the results of a survey which revealed that over half of the young tourists surveyed – as much as 57 percent – chose to visit the city purely to go to a cannabis cafe.

Currently, the sale of cannabis is legal at registered coffee shops and dispensaries. This relaxation of cannabis sales first came into effect in the 1970s and has played a massive role in tempting travelers to the region. Conducted by the Dutch Office for Research, Information and Statistics, the poll also aimed at understanding how many people are drawn to the city for its relaxed cannabis rules, the legality of prostitution, and cheap flights.

Amsterdam has licensed coffee shops where selling cannabis from their premises is legal but the production of this drug is still technically illegal. There are also cafes that deal illegal drugs with organized gangs in the city – also targeting tourist visitors. People have been visiting Amsterdam for its relaxed approach to cannabis for decades and locals want it to change. The idea could be part of a radical clean-up for the Dutch capital’s city center, one that would actively redefine the city’s anything-goes image in favor of something altogether more orderly.

Cleaning Up More Than Cannabis

This effort to end tourist cannabis sales is just a small part of the cleanup plan for the streets of Amsterdam. Changes taking effect April 2020 include the moving of the open window sex worker industry to a new indoor facility. The attempt to end tourist gawkers clogging up the streets and bring sex workers inside emphasizes representatives’ dedication to the local residents. Instead of continued exploitation of this tourist hot-spot, Halsema recognizes it is time to stop selling out to visitors.

Cannabis Tourists Will Have to Find a New Destination

The Netherlands decriminalized cannabis in 1973 with possession and use widely tolerated by the police. But now with Amsterdam banning tourists from purchasing cannabis and shutting down cannabis cafes, perhaps the country can use this opportunity to capitalize on the tourists looking for a high time in other ways. On the other hand, neighboring cannabis-friendly spots may be already preparing to curb a tourist influx for cannabis.