Home News Medical Cannabis Legalization Might be Coming to Morocco 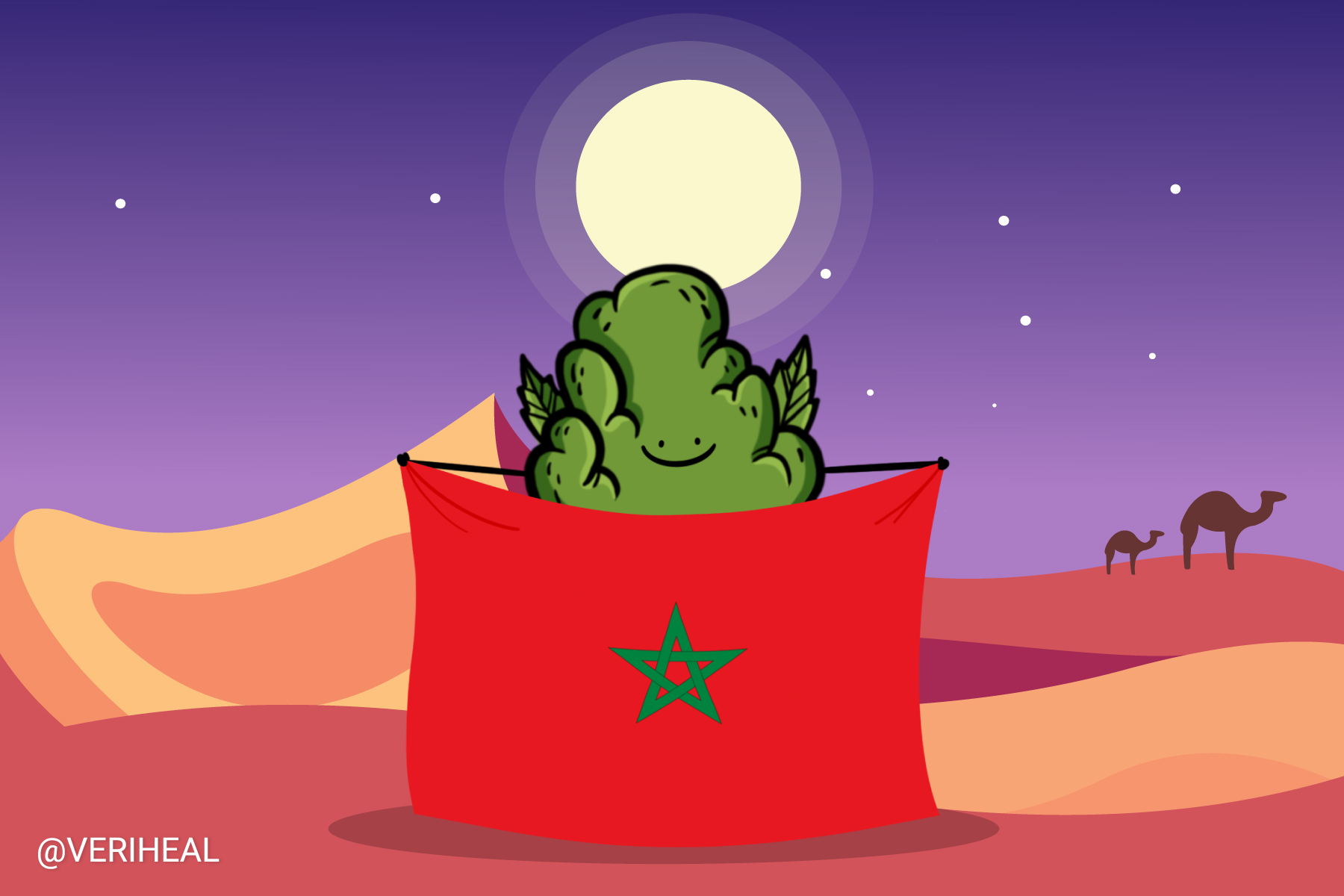 The state-by-state legalization of cannabis that we see taking place in the United States has everyone excited and wondering which state will be next, and, for many, when their own state will join the list of those that have approved the substance. We’re also eager to see federal laws regarding cannabis change, whether those laws refer to broad legalization or even simple decriminalization. Every step forward is a big and important one. But of course, the United States is far from the only place this is happening. Countries around the world are modifying the way they regard cannabis as more becomes known about it and about the health-giving potential it has. Now, lawmakers in Morocco are ready to pass a law that would render cannabis legal in that country.

A History of Cannabis in Morocco

Cannabis has been illegal in Morocco since the nation declared its independence in 1956. But the history of cannabis in Morocco goes back a lot farther than the year of its independence, and for that reason, even though the crop was outlawed, Morocco was never really successful at eliminating its production or sale.

In 1890, Sultan Hassan I established firm regulations surrounding the cultivation and trade of cannabis. But this was far from a measure to suppress or make it illegal. The Sultan gave cannabis production privileges to several tribes dwelling in the Rif region of the area. In the 1950s, just before independence was declared, the right of the Rif tribes to cultivate cannabis was reaffirmed. After Morocco became an independent country, King Mohammed V prohibited cannabis nationwide. But cannabis production didn’t simply go away. In fact, as recently as the early 2010s, Morocco was known to be the world’s most prolific producer of hashish.

Six years ago, the country successfully reduced the amount of land on which cannabis is cultivated by more than half. But that still left 47,000 hectares of cannabis-covered land in Morocco—a substantial amount for a country that was attempting to criminalize the stuff. In fact, the illegal cannabis trade in Morocco is worth about $15 million, money that primarily lines the pockets of illegal drug dealers. As in the US, one consideration when it comes to legalization is whether that money could be better utilized if the industry was brought under government control instead of continuing to operate illegally.

What’s in the New Bill?

The new measure that Morocco’s lawmakers are considering now would legalize cannabis production, though it would focus that legalization on the specific area in the Rif mountains where cannabis has historically been cultivated. Production would remain illegal in other parts of the country. Production would be required to focus on cannabis used for medical and industrial purposes. Recreational cannabis would remain illegal as well. In addition, Morocco has historically grown a lot of cannabis for illegal export, and that would obviously not be legalized under these new terms. The cannabis grown would be for Moroccan use only.

Before the law can go into effect, it must be reviewed and approved by the nation’s moderate-led Parliament. It’s not clear at this time what their response to these new ideas will be, or whether legalization will actually go into effect in Morocco. What does seem clear, though is that after years of doing their best to suppress cannabis production by making it illegal, it’s time for Morocco to embrace another solution. Legalizing medical cannabis might be the best way to turn this industry into a net positive for the country as a whole, and offering medical cannabis to law-abiding citizens is always a win.