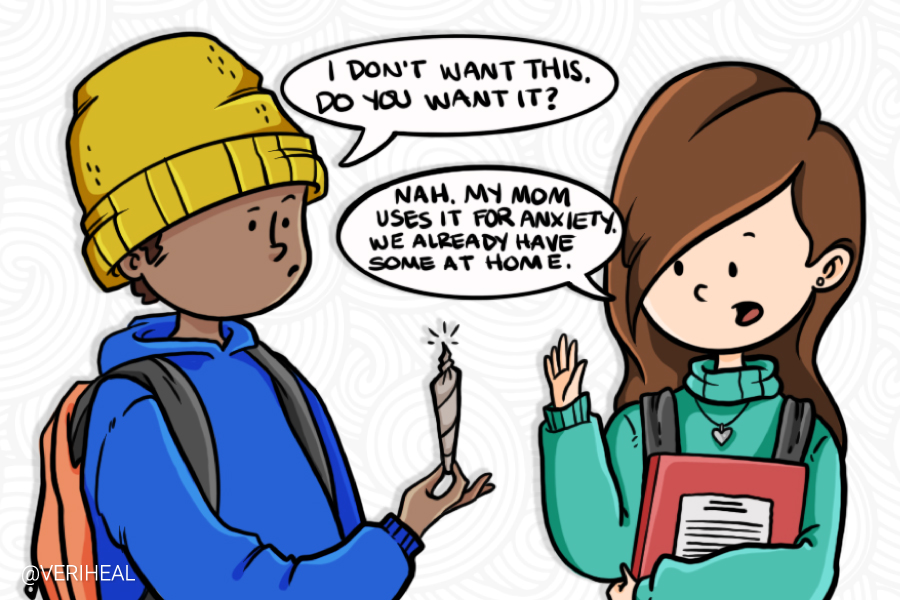 Rolled out in late 2017, Denver’s current cannabis youth prevention campaign has taken a different approach than previous prohibition strategies. The city believes that’s why it’s working. Instead of promoting scare tactics, Denver’s campaign focuses on providing facts for teens, so they can have accurate peer-to-peer conversations. But education has not always been the main goal of drug prevention campaigns in the past. PSAs for youth drug prevention took a different approach 30 years ago. Scare tactics and fearmongering were commonplace in the 1980s and ’90s. Many of us remember the commercial by Partnership for a Drug-Free America back in the ‘90s that showed an egg sizzling in a pan while a narrator solemnly says, “This is your brain on drugs.”

Legal Cannabis is More Difficult for Teens to Get

In the past few years, a majority of studies have shown that youth cannabis usage rates actually tend to decline when the plant and its products are decriminalized and legalized. Perhaps this can be attributed to the move of cannabis purchases through legal avenues, requiring proof of age and medical condition. Even when considering recreational legalization, it becomes more difficult for teens to gain access to cannabis in legal markets. Meanwhile, on the national front, the overall prevalence of cannabis-only use among youth in the United States since the early 1990s increased from 0.6% to 6.3% in 2017, according to a study published in the American Journal of Public Health.

No Matter the Discussion, Use Rates Are Not on the Rise Among Teens

This slightly contradictory data can lead to inconsistent predictions, but as Colorado is showing – teen use continues to decline when campaigns are unbiased, fact-based and led with real education. In addition to regulatory framework designed to inhibit unlawful cannabis access, states are recognizing the shift in public perspective. On a more macro level, the evidence is showing that cannabis legalization definitely does not equal increased use among youth.

Why a Marked Decline Now?

Are youth getting the message that using cannabis during adolescence is more harmful because of their brain development? Is cannabis less enticing when it is legalized? Is data just skewed with the turbulence of cannabis legalization methods? While we can’t answer these questions with certainty just yet, current data is telling us that the fear-mongering of days passed was just that. As normalcy spreads around cannabis and more unbiased research comes out, use among varying demographics will continue to ebb and flow.