Oklahoma is the Quickest Growing Market for Medical Cannabis 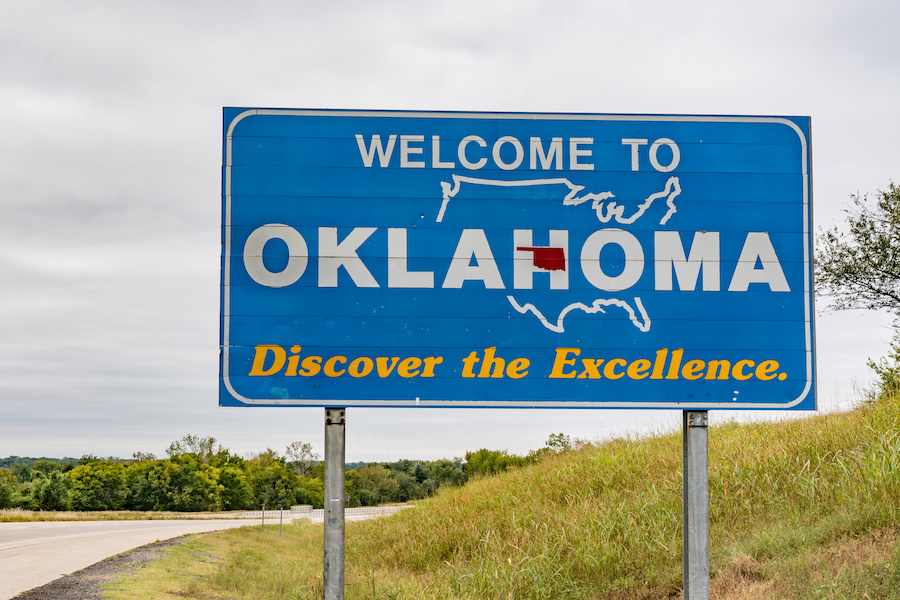 When the average person thinks about which state has the hottest market for cannabis, most would assume Colorado. They were the first state to legalize, and have been one the front-runners of the industry ever since.  Others might assume California, the Golden State, would have a better chance of taking this title. In a surprise for many, Oklahoma has come out with the strongest numbers after this year.

Oklahoma was the 30th state to legalize cannabis for medicinal use back in 2018. Most of the country was surprised when the conservative state voted in favor of the legalization in the first place. After a full year of getting used to the industry, and understanding the benefits behind cannabis, the state went all in. More than 200,000 people have medical cannabis cards, which is about 5 percent of Oklahoma’s population. To put this into perspective, let’s compare Oklahoma’s market with Oregon’s, who both have similar populations. Oregon has only a few hundred thousand more people than Oklahoma, but only 28,156 people have medical cannabis cards as of April 2019.

As of July 1, the number of approved medical cannabis applications has doubled since the first 63,467 applications were approved back in March. As a result, the industry has responded, and hundreds of young entrepreneurs are making their way to Oklahoma. So far, licenses have been granted to 2,168 dispensaries, 1,415 processors and 4,931 growers. Not all these operations are actually in business, but even if 2.5 percent of them were, Oklahoma would have the same number of operating dispensaries as Illinois.

What has contributed to the success in cannabis?

This increase in customers and demand has brought in a ton of revenue. According to the Oklahoma Tax Commission, medical cannabis has attributed $258 million to the local economy. Experts believe this number is going to reach around $350 million by the end of the year. So, where did all this success come from?

Many people believe it’s not a matter of politics, but instead of health. Once officials were able to see the potential benefits of legalizing medical cannabis, other people accepted the opportunity. According to the National Institute of Drug Abuse, Oklahoma was experiencing an overdose rate of 10.2 deaths per 100,000 in 2017- 388 deaths. There are many ways of treating addiction, but some have turned to cannabis.

“I don’t think it’s a conservative versus liberal issue. It’s a health issue,” said Taras Filenko, who owns Seed Cannabis Co. Dispensary in Oklahoma. When you take a look at the pros and cons of medical cannabis, you can see that there’s a clear value.”

Another reason this market is boosting over others is because of the loose regulations. Under State Question 788, Oklahoma has no limit on the number of business licenses they can give. Doctors have the power to write a recommendation for about any condition they feel is appropriate. Finally, cities can’t enforce zone restrictions that make opening new dispensaries more difficult. This results in a market that is much easier to be a part of. On the other hand, this simplicity also makes the competition grow even steeper. As an effect, the cost of cannabis could rise dramatically as more dispensaries open up.

Oklahoma has emerged as the front-runner of the cannabis industry. Their medical cannabis program is still in its developing stage, but it is still expected to net in up to around $700 million every year. It’s unclear whether Oklahoma will remain as the front-runner, but the market doesn’t show any signs of slowing down.