Oregon Is Setting the Foundation for Its Psilocybin Therapy Program 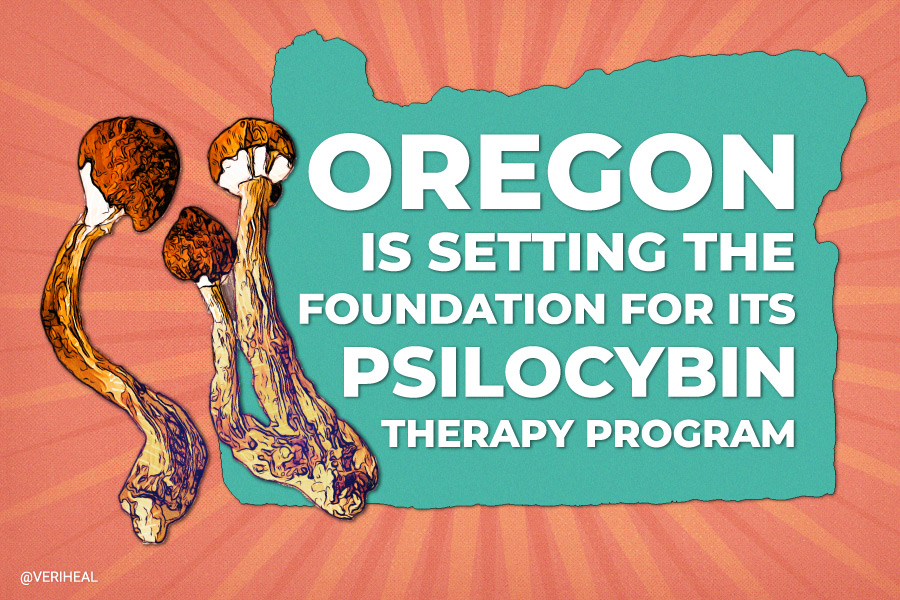 Oregon voters approved Measure 109 in November 2020 which has given birth to this program. After Measure 109 was passed, the Psilocybin Advisory Board— in collaboration with the Oregon Health Authority—began a two-year process of creating the regulatory and licensing framework for the psilocybin therapy program.

The campaign manager of the ‘Yes on 109’ campaign that helped see the measure passed, Sam Chapman, told media sources, “There’s a huge breadth of expertise on this board from harm reduction experts to folks that have experience working with different populations that stand to benefit from having access to psilocybin therapy. And so, we’re really excited to see such a diverse psilocybin advisory board with such a unique offering of experiences to bring to the table to create the best program possible.”

The Psilocybin Advisory Board has another year left to establish the licensing and regulatory framework for the state’s psilocybin therapy program. If everything goes according to plan, psilocybin therapy could be available publicly in Oregon as soon as 2023.

The Psilocybin Advisory Board noted that their goal is a complicated one due to the current federal listing of psilocybin as a Schedule I drug. In addition to navigating federal illegality, Oregon’s Psilocybin Advisory Board is tasked with laying the framework for maximizing safety training, as well as ensuring program remains equitable, affordable, and accessible for anyone who needs it.

Psilocybin mushrooms are classified as Schedule I drug—the same schedule as cannabis. Schedule I drugs are defined as substances with no accepted medical use and a high potential for abuse. Yet results from a 2020 John Hopkins study suggest that psilocybin may in fact have significant medical value.

Further research is needed, however it seems unwise to discount these findings and dismiss the evidence that points to the tremendous untapped potential in psychedelic medicine. A psychedelic therapy program like Oregon’s could help provide relief to millions suffering from conditions that currently don’t have effective treatments.

It may seem like a new concept to some, but there is a long history of psychedelic medicine in the United States and in the world. Like cannabis, there was a time before psychedelics were broadly criminalized and were used primarily for their medicinal properties.

A Brief History of Psychedelic Research

Although indigenous cultures have harnessed the power of psychedelic medicine for centuries, psilocybin was first isolated in a clinical setting by a Swiss chemist named Albert Hoffman and his coworkers. Mr. Hoffman is a legend in the field of psychedelics. He is also credited with the discovery of Lysergic acid diethylamide (LSD), mescaline, and many other psychedelic compounds. Hoffman first discovered LSD while trying to synthesize a different compound, and by accident a trace of LSD was absorbed through his fingers.

Intrigued by the experience, Hoffman began taking LSD along with other psychedelics while studying their effects. Albert Hoffman was said to have spent the last 25 years of his life microdosing LSD. Mr. Hoffman lived to be 102 years old, passing away in April of 2008. Despite the federal government halting research in the 1950’s, Hoffman’s research into the field of psychedelics laid the groundwork for countless others to participate in this field.

His research paved the way for Rick Doblin— founder of the Multidisciplinary Association for Psychedelic Studies (MAPS)—who advocated for psychedelic medicine and research in the 1980s. As a result of Doblin’s activism the first FDA-approved double-blind study of MDMA and its therapeutic potential was conducted in 1996. Oregon’s psychedelic therapy program wouldn’t exist without the research and activism of people like Hoffman and Doblin.

Oregon is the first state in the nation to approve progressive laws supporting psilocybin. Other places have followed in their footsteps such as the city of Denver in Colorado, and our nation’s capital Washington DC. Other cities and states are looking to pass legislation to decriminalize psilocybin, such as Seattle, Maine, Michigan, and more.

Early research on psychedelics such as psilocybin, ketamine, and MDMA has produced promising results. There is already growing evidence that psychedelic therapy could provide the answer to treating illnesses such as treatment resistant depression, PTSD, addiction, anxiety and more.

Today, people are fighting for the right to choose natural psychedelic medications over prescription drugs that have not provided the relief promised. Could it be possible that psychedelic substances such as psilocybin could help treat mental health disorders like anxiety and depression where pharmaceuticals such as Wellbutrin, Amitriptyline, Thorazine, and Xanax have failed? Time—and continued research—will tell.