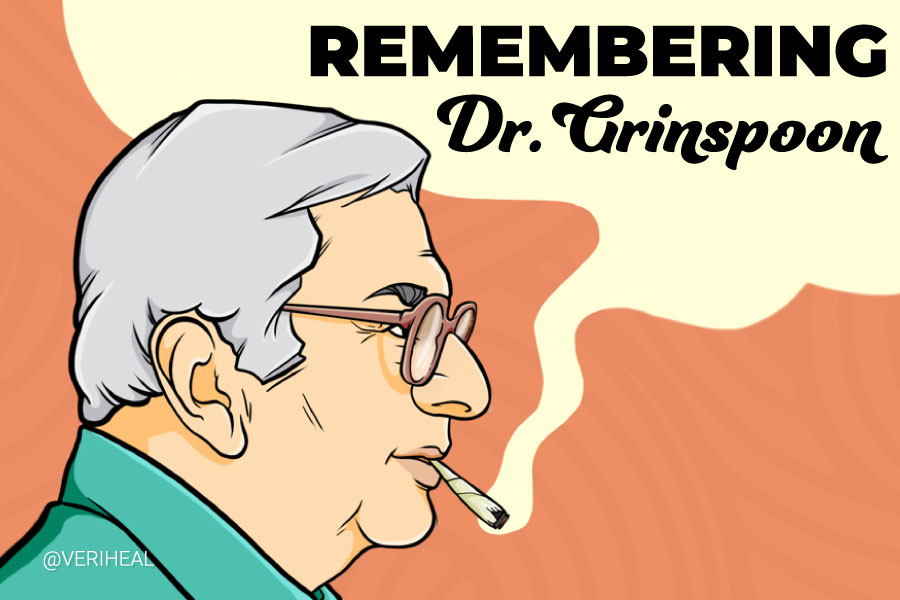 Dr. Lester Grinspoon passed away peacefully on the morning of June 25, 2020, at the age of 92. Longtime Harvard professor, psychiatrist, and author of twelve books – including Marihuana Reconsidered (1971) – which was once considered the single most comprehensive and thoughtful and convincing explanation of the crucial need to end cannabis prohibition. For fifty years following its publication, he continued to write on the subject.

Like most of his generation, he began with the assumption that cannabis was a dangerous drug and should be prohibited. When Dr. Grinspoon first entered Harvard, he viewed cannabis with the same typical criticism, believing it was a harmful drug. But those biases were initially challenged by his close friend, then Harvard colleague astronomer Carl Sagan. Sagan convinced Grinspoon that his initial negative views about cannabis were likely mistaken and that he might personally find the experience of cannabis to be a positive one.

Carl Sagan Offered to Split a Joint with Him

Once Dr. Grinspoon began his review of the available literature in the 1970s, he concluded that there was no reason to treat cannabis users as criminals. Even more importantly, he adopted Sagan’s perspective that in the right situation, cannabis use can be an enriching experience.

Unlike Sagan, Grinspoon once openly admitted to smoking cannabis in an interview with Barbara Walters. When the public saw a Harvard professor admit such a thing, he hoped it would reshape the image around cannabis users and stoner stereotypes. Decades would pass before that happened and Dr. Grinspoon suffered professionally for his public cannabis stance.

He was something of a campus renegade, speaking out against the Vietnam War. He was twice denied a promotion to full professor, once in 1975 and again in 1997, despite a career that included pioneering research on schizophrenia, dozens of books and papers, and leadership roles at the Massachusetts Mental Health Center and other prestigious institutions. His extraordinary personal commitment to advancing both cannabis policy and the NORML organization demonstrated his deeply held belief that we all have an obligation to fight injustice.

“Indeed the greatest potential for social harm lies in the scarring of so many young people and the reactive, institutional damages that are direct products of present marijuana laws,” Grinspoon wrote.  “If we are to avoid having this harm reach the proportion of a national disaster within the next decade, we must move to make the social use of marijuana legal.”

In the end, Dr. Lester Grinspoon, despite being way ahead of his times – led the way to insist that cannabis policies be based on legitimate science. He made it possible to have an informed public policy debate leading to the growing list of states legalizing the responsible use of cannabis, even though it took his whole life. Looking at his lifetime of advocacy one can only wonder why in the US cannabis prohibition continues.

My definition of a Hero…