Home Research Report: More Than One Third of Parents Don’t Understand the Difference Between CBD and Marijuana

Report: More Than One Third of Parents Don’t Understand the Difference Between CBD and Marijuana 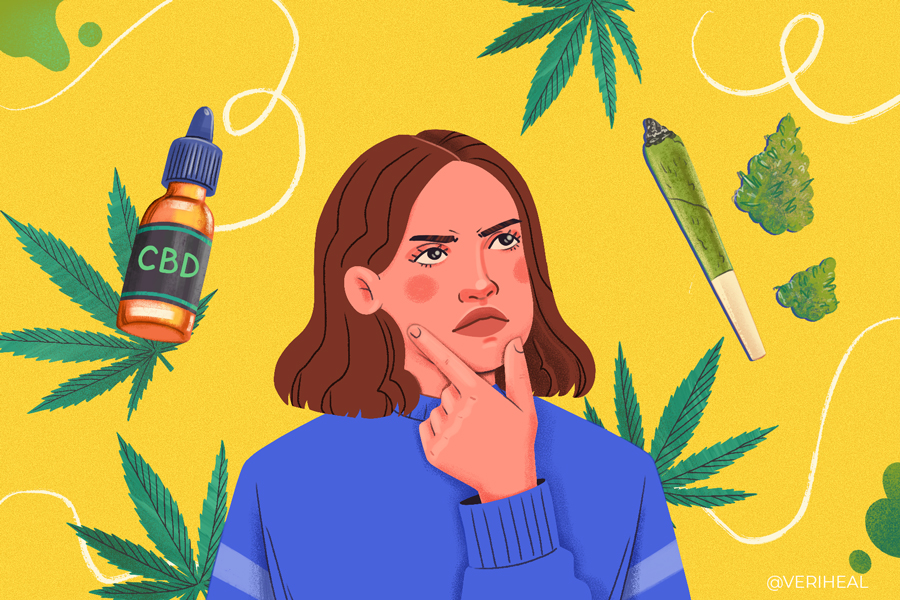 The recently published findings of the C.S. Mott Children’s Hospital National Poll on Children’s Health at the University of Michigan Health suggest that the majority of American parents don’t know much about CBD (cannabidiol) products. In particular, it revealed that a significant number of respondents did not understand the difference between CBD and marijuana.

CBD is one of 114 identified cannabis compounds better known as cannabinoids. These compounds are renowned for indirectly/directly influencing receptors inside the body’s endocannabinoid system (ECS) to produce a broad scope of impacts.

What makes CBD stand out from some of its counterparts, such as delta-9 tetrahydrocannabinol (THC), is that this naturally-occurring chemical is non-intoxicating. Plus, CBD has been touted for its anxiolytic (anxiety-reducing), analgesic (pain relieving), anti-inflammatory, and neuroprotective properties, making it one of the most therapeutically-abundant cannabinoids. However, based on the poll’s outcome, most adults are entirely unaware of CBD’s medicinal power.

Parents Are Largely Unaware of the Difference Between CBD and Marijuana: Poll Results

The poll results show that 80% of parents are unaware about such products and the benefits they may offer in terms of enhancing child health; 35% of parents wrongly believed that CBD and marijuana are pretty much the same thing. Of the 7% of parents who considered or administered CBD to their young, 29% said that they first discussed the situation with their child’s pediatrician.

The report also found that approximately three-fourths of polled parents think CBD products for children should only be provided with a legitimate doctor’s prescription. All of the 1,992 parents across the nation who responded to the poll had children ranging in age from newborn to 18 years.

“I think that people who fall into that camp would be surprised if they strolled down the aisles of their neighborhood drugstore,” said the poll’s co-director, Sarah Clark who also assumes the position of research scientist in the pediatrics department at the University of Michigan’s Institute for Healthcare Policy & Innovation.

Jennifer L. Griffith, MD, PhD, assistant professor of neurology at the hospital, notes in the report that most CBD-containing products are not governed by the U.S. Food and Drug Administration (FDA). Due to this, young children are exposed to unregulated products that can be purchased directly off the shelf.

Just One CBD Product Has Received FDA Approval for Children

To-date, just one CBD product has received FDA approval–Epidiolex. Developed and manufactured by British pharmaceutical company GW Pharmaceuticals, this medicine is often prescribed to treat patients aged two and above who suffer from Dravet syndrome, Lennox-Gastaut syndrome or tuberous sclerosis. Dr. Jennifer Griffith, who did not partake in the C.S. Mott Children’s Hospital National Poll, noted that CBD may cause a number of unwanted side effects, such as decreased appetite, nausea, tiredness, diarrhea or vomiting. Nonetheless, it should be noted that research into the effect of CBD on children is scarce. On the other hand, anecdotal stories suggest that this cannabinoid may relieve anxiety, inflammation and pain in children.

“CBD can interact with other prescription medications, in some cases significantly increasing or decreasing the level of medication in the body, which can cause its own problems,” explained Griffith, who is an assistant professor of neurology and pediatrics in the pediatric neurology branch at Washington University School of Medicine and St. Louis Children’s Hospital.

The poll’s findings also outlined how 83% of parents believed that the FDA should regulate all CBD products, even those that are not prescribed for children. Conversely, just 58% noted that FDA regulation would be a major influential factor in terms of deciding whether or not to give their children CBD products. More education should be made available to the public concerning the differences between CBD and marijuana as well as potential benefits and side effects of consuming CBD products.

Although further research into CBD products for children is needed, Clark reaffirmed the importance of keeping such products out of reach of children; this is especially important for products that are packaged to look like candies or store-bought treats. Should parents be contemplating administering a CBD-containing product to their child, Clark says that CBD products should be treated like any normal type of medication. To mitigate risk, Clark advises parents to perform adequate research/consult with a doctor who can answer their questions beforehand.

“It’s not enough to just go on what the manufacturers claims are, we actually need to have some data behind that, and right now we just don’t have enough,” she added. Griffith concluded the conversation by saying that she is dubious about giving CBD products to children due to the potential side effects.

“I don’t recommend CBD for any condition other than epilepsy because I know that CBD has real risks, and I don’t have any evidence of proven benefit,” she cautioned, before advising parents and caregivers to steer clear of any CBD companies/products that are featured on the FDA warning list. It’s clear that in addition to further research, there needs to be more effort to educate the public about the differences between CBD and marijuana.