Scientists Have Discovered How to Reduce Third Hand Smoke From Cannabis 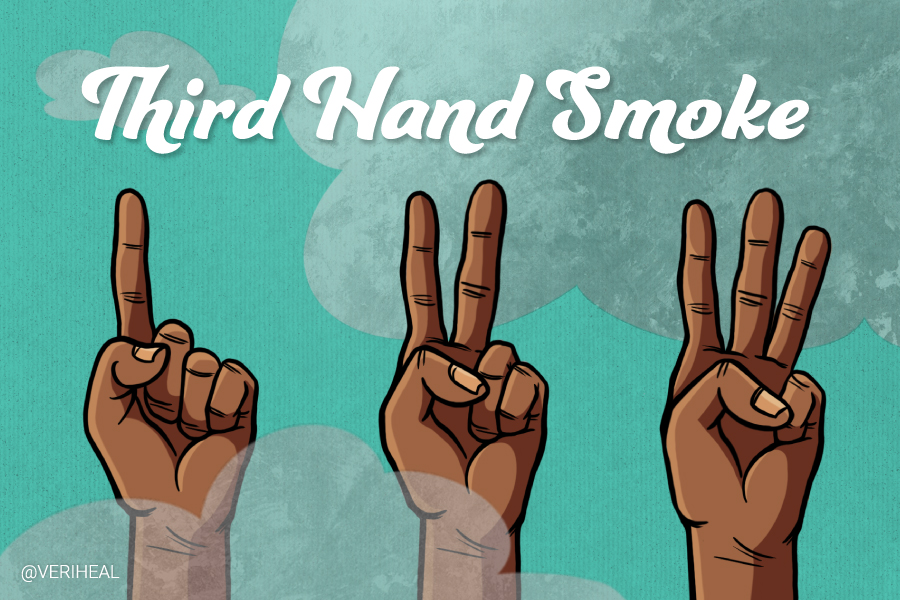 Third hand smoke (THS) is reactive chemicals that either remain in the air or are deposited onto surfaces such as walls, windows, clothing, and upholstery. Most of what is known about THS stems from tobacco consumption. Third hand smoke from cannabis is not as intricately studied and cannabis is chemically distinct from tobacco- in other words, the chemicals and compounds in cannabis and tobacco are unique to their own. People can be exposed to third hand smoke through their skin, through eating contaminated foods, or by even breathing in the air surrounding contamination.

Ozone, or trioxygen, is an inorganic molecule in the form of a pale blue gas, which is formed from dioxygen when exposed to ultraviolet (UV) light and electrical discharge within the Earth’s atmosphere. Ozone can be found in small concentrations throughout the atmosphere, which can be inside or outside, and the highest quantities can be found in the ozone layer of the stratosphere. The ozone layer has the highest concentration of trioxygen because it absorbs most of the UV radiation from the sun- thus serving as a layer of protection between the sun’s UV radiation and the Earth.

The Role of Ozone in Reducing Third Hand Smoke

In order to get an understanding of how the ozone may react with the psychoactive cannabis compounds such as tetrahydrocannabinol (THC) and cannabidiol (CBD), researchers conducted an experiment. The experiment involved coating a glass and cotton cloth with a THC solution in order to simulate windows and clothing. Then they were exposed to concentrations of ozone that one may find in the indoor air (atmosphere). The researchers found that the reaction between cannabis smoke and the concentrations of ozone produced “new compounds, which they characterized for the first time ” according to the team of researchers.

ACS explained that “over time, the amount of THC on glass and cotton decreased, while the quantities of three THC oxidation products increased”. The team of researchers identified the THC oxidation products as epoxide, dicarbonyl, and secondary ozonide. The significance behind this revelation lays in the fact that third hand smoke remains long after a person has stopped smoking.

More on the Research

Additionally to testing concentrations of ozone on THC-coated cotton cloth and glass, the team made use of a smoking machine to deposit cannabis smoke onto more cotton. The results revealed that the same three THC oxidation products continued to form at “roughly the same” rate as those observed in the THC-coated cotton cloth. The ACS explains that,

“Nicotine is semi-volatile and reacts with other chemicals on surfaces, producing new compounds that, if volatile, can also become airborne” but that due to “the low volatility of THC and its oxidation products, the compounds are unlikely to be emitted to the air where they could be inhaled in as large amounts as nicotine”.

The researchers, Aaron Wylie and Jonathan Abbatt recognized the difference between third hand smoke containing nicotine and that containing cannabis, which is why they wanted to classify the compounds formed when THC on surfaces reacts to the ozone in the air. The conclusion of the research was that the quantity of THC decreased over time as it was exposed to the concentrations of the ozone. Since third hand smoke tends to linger around, it is important to understand that one could be exposed to the cannabinoids by touching a surface contaminated by cannabis smoke and then licking fingers, for example. By exposing THC to ozone, this risk reduces over time. So it’s great to know that ozone is useful for reducing the THS from cannabis but what can we do to reduce third hand smoke (THS)  from homes faster?

The Thirdhand Smoke Resource Center explains that more effective methods of reducing THS are still being researched but that they are certain of the following:

As it stands now, ozone is one of the more certain manners of reducing chemicals from cannabis smoke on surfaces. Perhaps the best approach would be to combine the current suggestions of reduction for the safest outcome and in the best interest of your loved ones.