Home Research Should Cannabis Be Considered a Treatment Option for Alcohol and Drug Recovery?

Substance abuse is no joke. According to the American Addiction Center, 8.5 million American adults suffered from a mental health disorder and a substance use disorder simultaneously in 2017. Finding a solution not only means more lives saved but also a reduced impact on the strained healthcare sector.

Someone who falls under the “substance abuse” category may drink copious amounts of alcohol, overindulge in illegal narcotics (like cocaine, heroin, and methamphetamine), or consume legal and addictive medications like opioids.

This is where cannabis comes in handy. While some people might frown upon the idea of treating a substance addiction with another intoxicating substance, science supports the idea. Specifically, the plant’s psychoactive component tetrahydrocannabinol (THC) could be a worthy addition to one’s treatment plan.

What Happens With Alcohol Withdrawal?

Many avid supporters of cannabis substance rehabilitation programs back their arguments for such programs by drawing attention to the lack of efficacy associated with traditional recovery programs, such as Alcoholics Anonymous (AA).

Conversely, the cannabis-focused model acknowledges that substance abstinence is an unachievable goal for some people, and therefore replacing drugs or alcohol with the plant presents a promising new approach.

Some examples of the most commonly reported symptoms of alcohol withdrawal are as follows:

What Happens With Drug Withdrawal?

The body will be catapulted off-balance if someone abruptly stops consuming some type of narcotic or alcohol that they otherwise consumed on a daily basis. Withdrawal symptoms will soon creep in, the severity of which depends on the type of substance being consumed and how much was being consumed.

It’s difficult to pinpoint the typical drug withdrawal symptoms since they vary based on the substance being abused. However, most people who go cold turkey on a substance will experience one (but usually more) of the following symptoms:

The rebirth of THC is well underway and this cannabinoid is certainly deserving of its place in the medical cannabis market. Since THC is a natural psychoactive compound, it makes sense that it would serve as a welcome substitute for people who are seeking a “high” or a sense of euphoria.

Of course, the THC content of cannabis strains will impact the way a user feels, but this cannabinoid is renowned for lifting the mood and inducing feelings of relaxation—two feelings that substance abusers usually crave. With cannabis, no lethal dose has been reported, unlike with opioid medications.

While it might not be as abundant in therapeutic properties as its non-intoxicating cousin CBD (a cannabinoid that has been touted for its analgesic, anxiolytic, anti-inflammatory, and neuroprotective benefits) is, THC should not be shunned as a treatment option for certain medical conditions.

It’s important to note that a small percentage of people who use cannabis will, at some point, develop an addiction. On the other hand, THC has been spotlighted as a beneficial cannabinoid for promoting an array of therapeutic effects in people who suffer from drug and alcohol withdrawal.

In fact, a study conducted by researchers at the University of Mexico proved this. After collecting data using the ReleafApp, researchers found that “THC showed the strongest correlation with therapeutic relief and far less evidence for the benefits of relying on the more socially acceptable chemical, CBD.”

Titled “The Association between Cannabis Product Characteristics and Symptom Relief,” the study was published in the journal Scientific Reports. Separate animal studies have also shown that both THC and CBD may effectively eradicate cocaine-craving and heroin-craving behavioral urges.

Considerations for Employees Who Use Cannabis

Recovering substance abusers whose job requires mandatory drug testing could find themselves in a sticky situation after overcoming substance abuse with THC. Why? Because cannabis can remain in the body for several days or, in some cases, weeks. Many employers don’t approve of their employees being under the influence of THC when in the workplace due to the fact this mind-altering cannabinoid may distort perception, affect reaction time, and impair coordination.

Cannabis products that contain more than 0.3% THC are still illegal under federal law. Although it is true that each person’s biochemistry, genetics, and weight may influence the overall experience, the same rule applies to everyone, so practice caution if you are planning on using THC for substance abuse recovery.

It’s inevitable that, even with damning evidence to support the use of cannabis for drug and alcohol recovery, arguments have cropped up in opposition to the practice. Opponents claim that the task of achieving sobriety is never fully accomplished if someone replaces one mind-bending substance with another.

However, those who approve of its use as a harm reduction strategy argue that the plant has never caused a fatal overdose, unlike alcohol and various types of drugs. Supporters also emphasize the fact that cannabis causes fewer drug interactions than alcohol and is likely less destructive for someone’s long-term health.

ABSOLUTELY!!!! in 2003 i got hooked on vicodin and another narc…the only way i got off of it… was to smoke cannabis…. 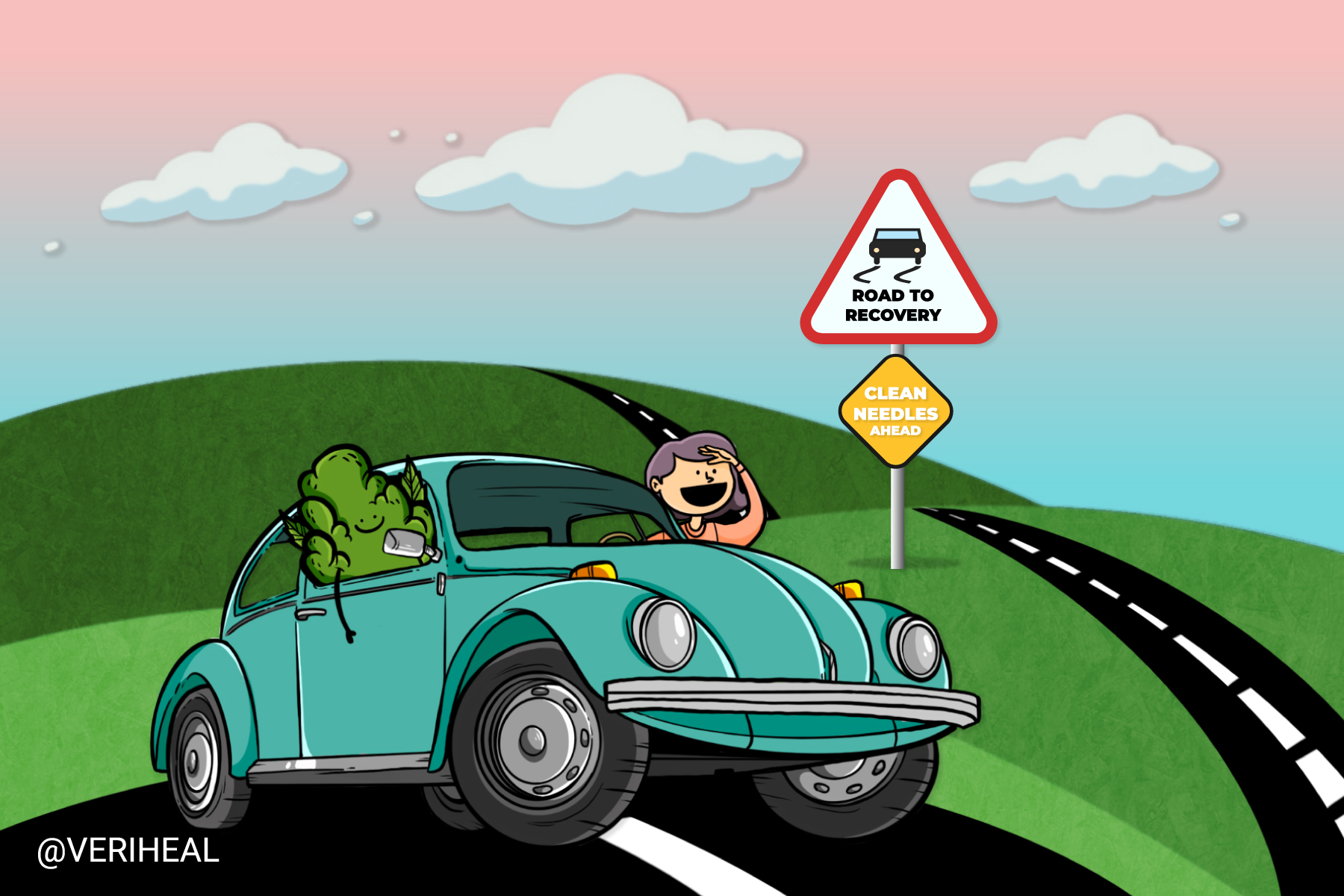 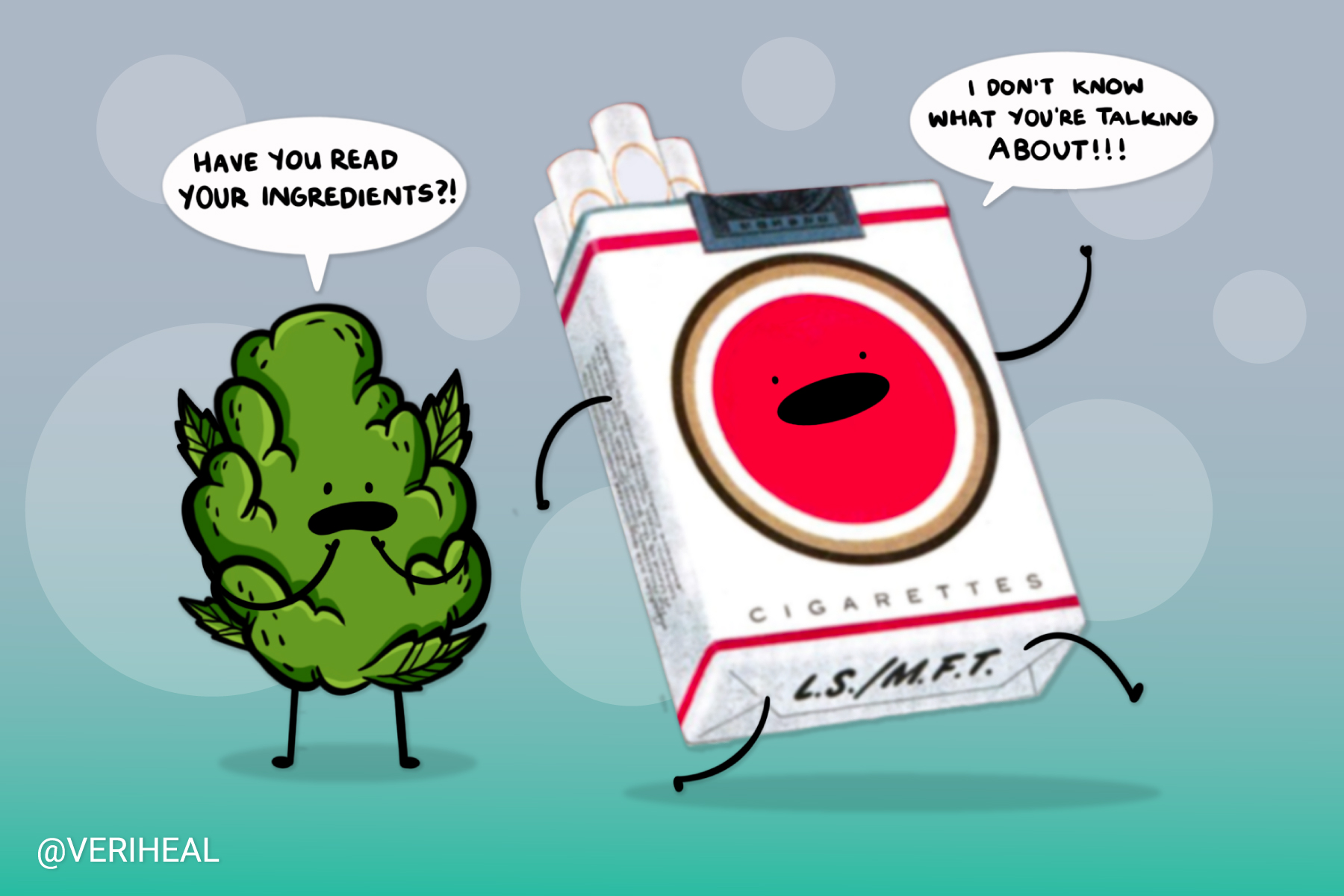 Break the Habit and Kick Butts With the Help of Cannabis 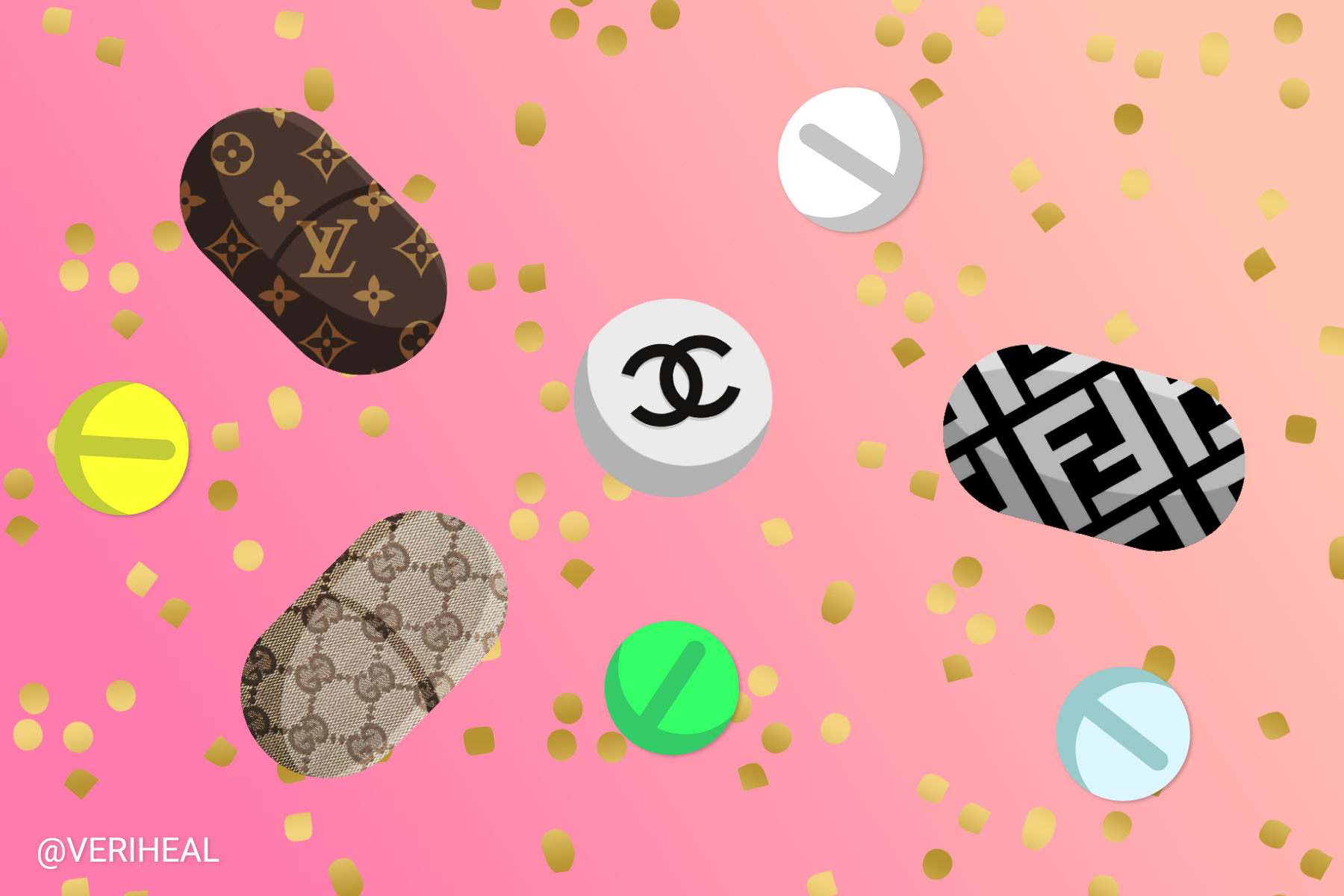