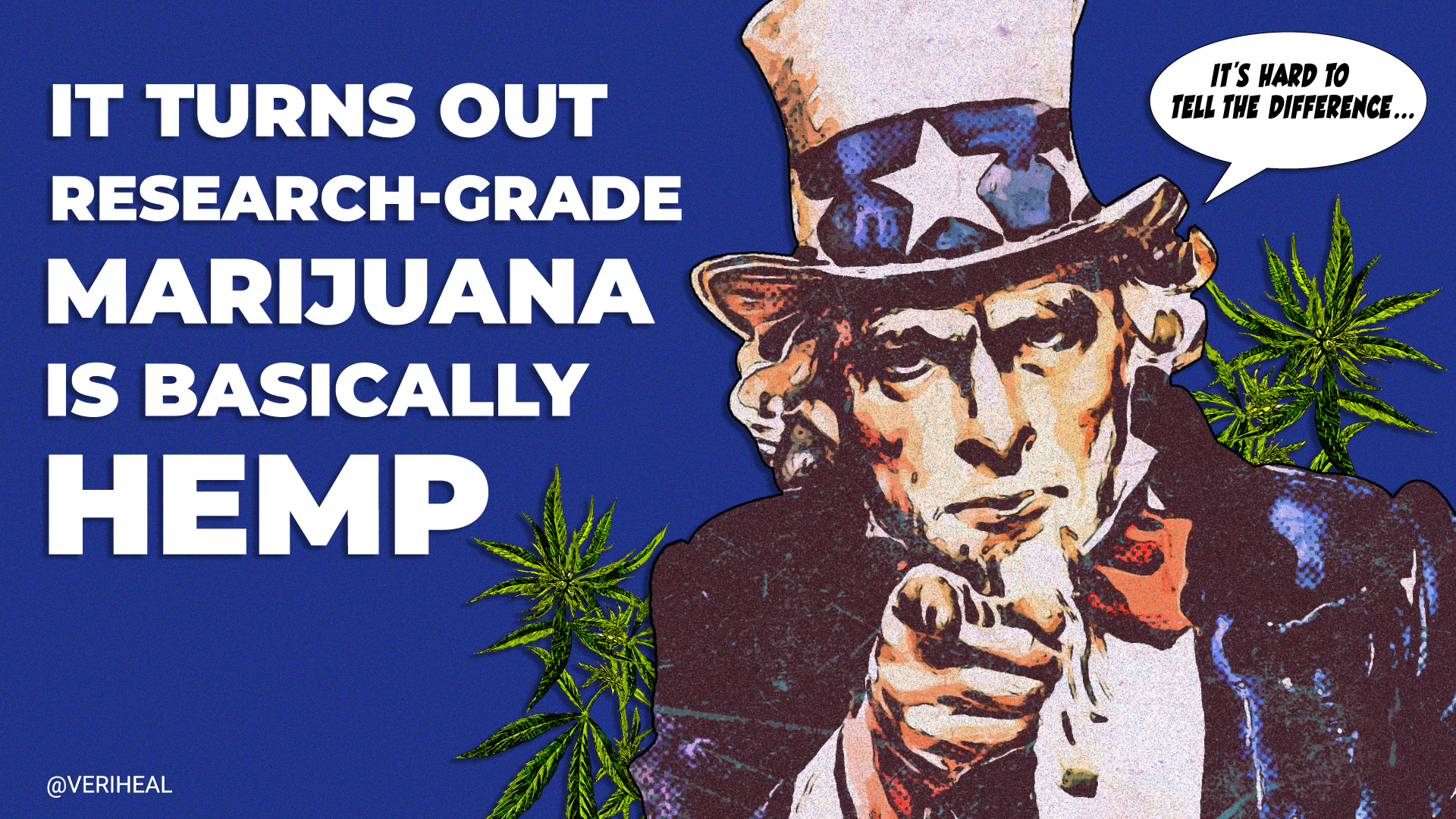 According to a new study published in September, the cannabis grown by the federal government for research purposes doesn’t accurately reflect what consumers are buying in dispensaries across the United States. The findings have raised serious questions about the efficacy of federal cannabis research.

Researchers at the University of Northern Colorado compared the genetic material of 49 varying cannabis samples, including wild hemp and cannabis from the National Institute on Drug Abuse (NIDA), the government agency that licenses cannabis research operations. Since 1968, the University of Mississippi has been the only entity cleared by the Drug Enforcement Administration (DEA) and funded by NIDA to grow cannabis for FDA-approved research.

Through their analysis of the 49 samples, the researchers discovered that the NIDA cannabis samples were genetically distinct from the cannabis sold in retail dispensaries and actually shared more in common with hemp, which only contains 0.3% or less THC. The finding is concerning, as it suggests the research governing cannabis law is not even being conducted on cannabis that exhibits the same properties as that being consumed by most Americans.

“Given both this genetic and previous chemotypic investigations have concluded that NIDA is supplying product that does not align with what is available for consumers, our hope is that the NIH and NIDA will support the cultivation of cannabis that is representative of what medical and recreational consumers are using.”

According to the National Organization for the Reform of Marijuana Laws (NORML) Deputy Director Paul Armentano, “NORML has long argued that scientists ought to be permitted to bypass NIDA’s marijuana supply and instead utilize cannabis products manufactured by state-licensed producers.” U.S. Representatives introduced legislation in October that would permit FDA-approved scientists to use state-legal cannabis products, and the DEA is actively working to approve additional cultivators.

So what you’re saying is I spent money to get legal marijuana that doesn’t even have THC in it and is just CBD and I spent my money on crap that’s what you’re saying.So basically with the pain I deal with every day for the past 20 years isn’t going to do crap for me

This only has to do with the government-sanctioned cannabis that is currently being researched at the University of Mississippi that is genetically closer to hemp than marijuana. This doesn’t accurately reflect the marijuana that we buy in dispensaries so it’s hindering the research we so desperately need.