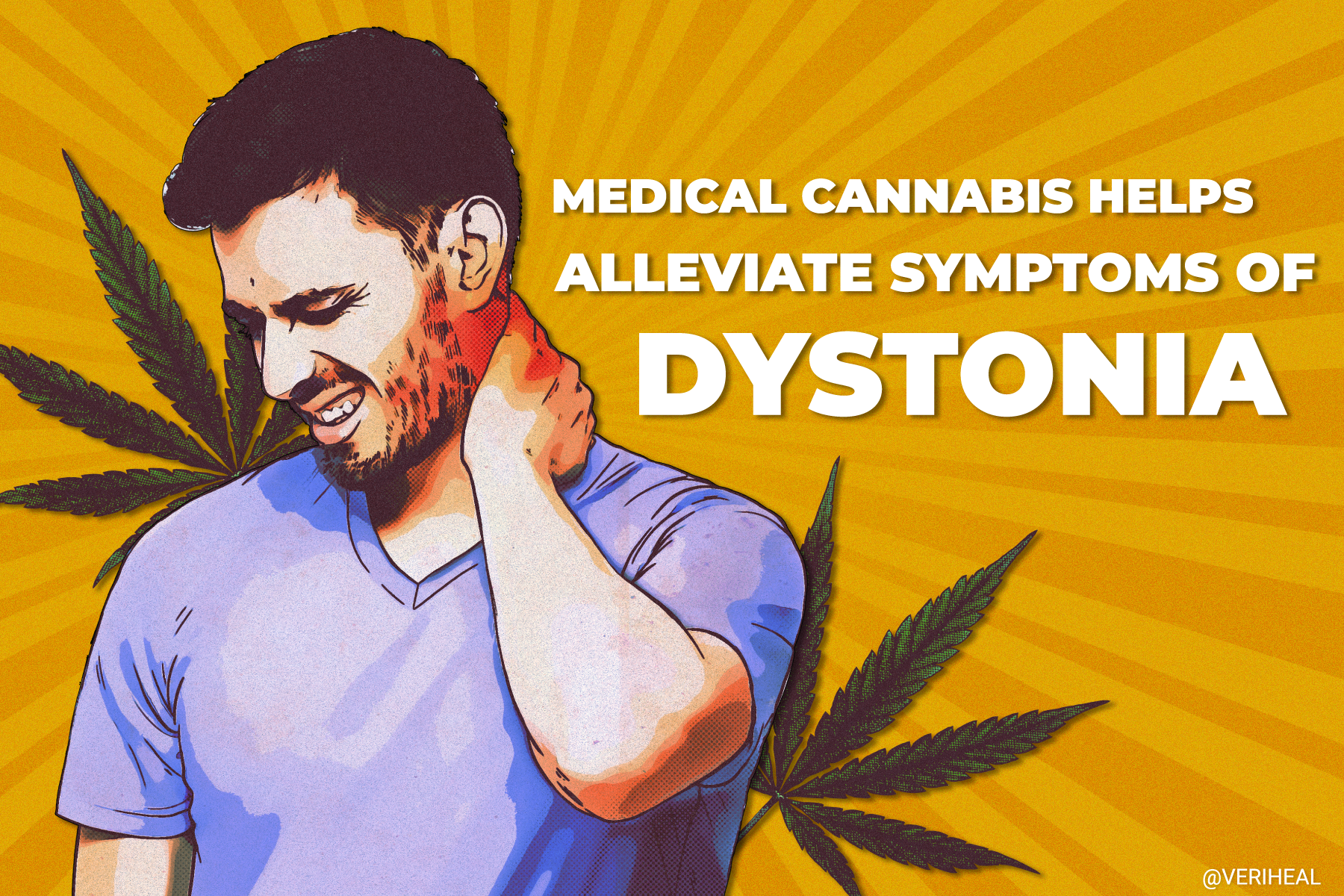 Most of the world is aware that cannabis is wildly effective against various types of inflammation and pain. Now, cannabis has been found to help those with muscle contraction and movement issues—particularly those who have dystonia.

Dystonia is described as “a movement disorder in which your muscles contract involuntarily, causing repetitive or twisting movements” by the Mayo Clinic. This condition can be in the form of focal dystonia (affects one part of the body), segmental dusyonial (affects two or more adjacent parts), or general dystonia (affects all parts of the body).

Dystonia presents in people in various ways and could be triggered by a specific action or as a result of being worn down by stress, fatigue, or anxiety. Symptoms of dystonia include contractions, pain, spasms (specifically blepharospasms), slurred speech or tight voice, etc. The extent and severity of the symptoms depend on the type of dystonia and the area which it is affecting.

A Look Into Dystonia Patients and Cannabis

Research findings presented at the International Congress of Parkinson’s Disease and Movement Disorder Society Virtual Congress 2021 showed that adults with dystonia who consumed cannabis were experiencing improvements in their pain and symptoms. The team of researchers’ objective was to assess the effect of medical cannabis on patients with dystonia since it was suggested as a treatment for involuntary contractions of muscles in several case reports and case series.

The Neurology Advisor explains that previous research found that cannabis can be effective in treating involuntary muscle contractions and reducing pain in patients. These benefits are possible because the plant is able to activate the cannabinoid receptors in the basal ganglia—a group of structures in the base of the brain that is involved in coordination—which then releases GABA neurotransmitters that block impulses between nerve cells in the brain.

The researchers were able to assess the impact of medical cannabis on patients with dystonia since they had obtained an Israeli Ministry of Health-approved medical cannabis license to do so. The team was able to obtain such a license because the Israeli ministry has been allowing cannabis to be used for the treatment of movement disorders and related pain since 2013.

The study was able to get 23 patients with dystonia on their approved medical cannabis license from the ministry, each of which were being contacted via telephone by researchers from Tel Aviv University. In order to understand and assess the participants’ demographics, medical cannabis use, and effects of treatment, the researchers directed them to answer questions with a 5-point Likert scale.

The participants reported having been using cannabis for an average of 2.5±1.0 years, give or take. They were consuming cannabis with doses of 22.6±20.1 grams per month with daily consumption frequently around 3.3±4.3 times per day. The medical cannabis being used was composed of 10.6%±6.6% tetrahydrocannabinol (THC) and 8.0%±5.7% cannabidiol (CBD), with participants having reported the use of cannabis oil extract, smoking dried cannabis, or both.

The participants self-reported the medical efficacy of cannabis for dystonia, using the 5-point Likert Scale, as 3.5/5. They reported cannabis effectiveness for pain as 3.7/5 and improvements in quality of life as 3.6/5. The researchers found that strains with higher THC as well as cannabis flower (in comparison to oil) contributed to bigger improvements in the condition.

The researchers also assessed the negative effects of cannabis use among the dystonia patients, discovering that the worst and most common adverse side effect was dry mouth with a 65% prevalence. The others were significantly less prevalent, with worsening mood in only three people and anxiety with hallucinations in only one person. While the adverse effects of cannabis are minimal and not common, all patients should be aware of any existing risk of consuming the substance.

The researchers concluded by stating:

“MC [medical cannabis] seems to mitigate dystonic muscle activity and related pain. Psychiatric side effects of MC treatment have to be monitored especially following treatment initiation. Larger cohort should be further investigated to determine MC efficacy, mechanism of action, optimal doses and the best THC/CBD ratio for the treatment of dystonia.”

As with most topics related to cannabis, more research and better understanding are still needed. However, cannabis has proven time and time again that it is effective in alleviating pain and improving quality of life—in this case, for patients living with dystonia. If you’re interested in using medical cannabis to treat dystonia, make sure to consult with a medical marijuana doctor to avoid any adverse interactions between pharmaceuticals and cannabis.