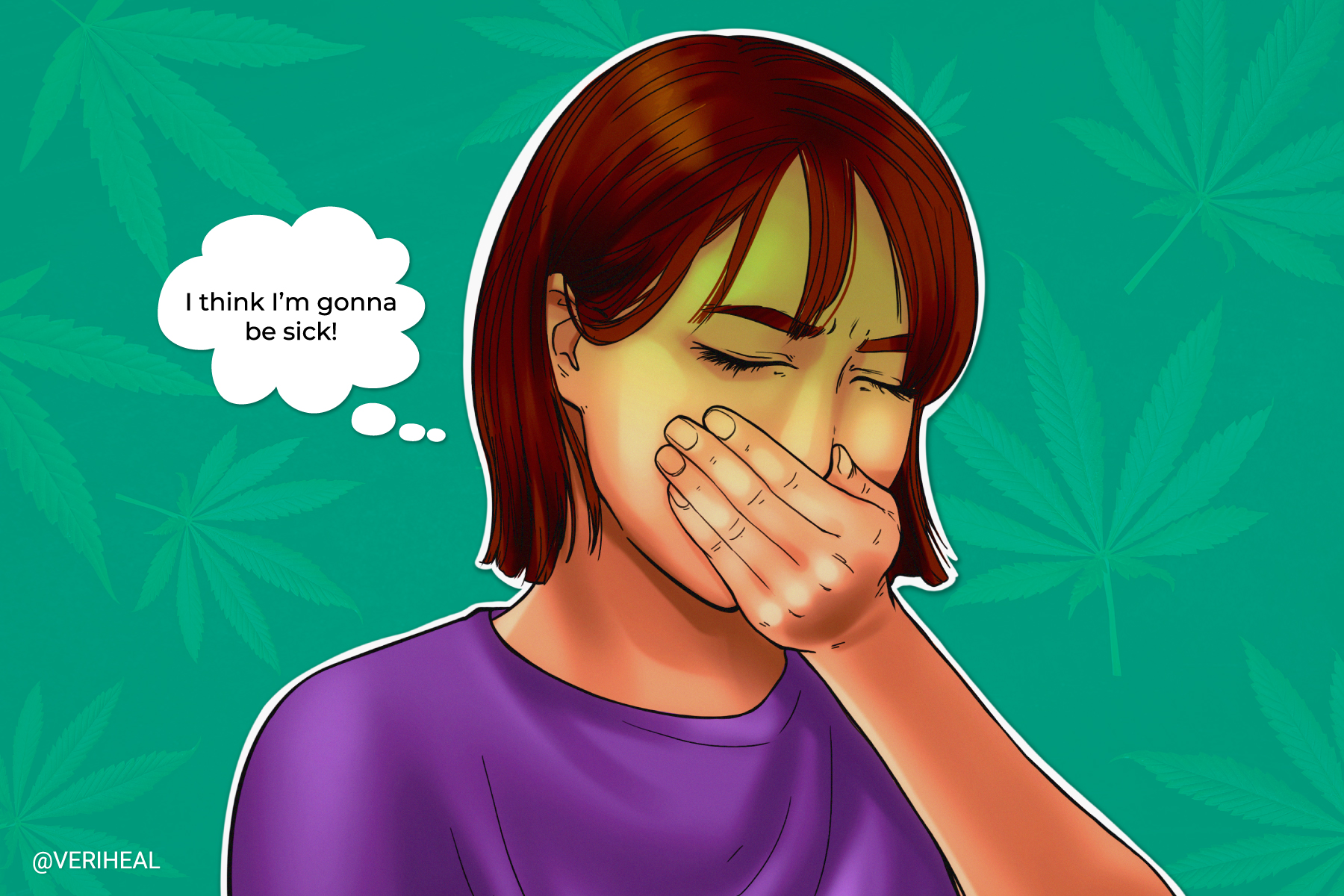 Cannabis is brimming with hundreds of active cannabinoids, but just two have really managed to steal the limelight – THC (tetrahydrocannabinol) and CBD (cannabidiol). In spite of their fairly equal dominance in the legal cannabis space—collectively, these cannabinoids racked up $17.5 billion in legal U.S. sales last year—a recent study has confirmed that these cannabinoid receptor-binding molecules offer different levels of symptomatic relief for nausea patients.

Titled “The Effectiveness of Common Cannabis Products for Treatment of Nausea”, the newly published study indicates that most medical cannabis patients who endure nausea prefer to load up on THC, as opposed to CBD. Uncovered by a team of researchers at the University of New Mexico, the findings were featured in the Journal of Clinical Gastroenterology. According to the study’s author Sarah Stith, who also serves as an assistant professor in the UNM economics department:

Whereas THC has gained a reputation for being a high-inducing, couch-locking, laughter-stimulating molecule, its non-psychotropic cousin cannabinoid CBD is acknowledged for its ability to ease a wide range of symptoms without causing mind-altering effects. Due to THC’s psychoactive composition, the cannabis compound is often regarded as a “fun” choice for consumers. CBD, which is accepted more widely under federal law, is touted as a tool for “medicine.”

However, as the recent UNM study demonstrates, THC also boasts medicinal qualities and could be a more suitable choice for fast and effective nausea relief. Specifically, researchers claim that 96% of study subjects reported experiencing substantial relief from nausea within one hour of consuming THC-rich cannabis.

The Releaf App—a top-rated cannabis & CBD tracker and journal—was the software of choice for assessing how whole natural cannabis flower influences the intensity of nausea.

A total of “2,220 cannabis self-administration sessions” were submitted in real-time from 886 consumers, all of whom were seeking nausea relief. The self-reported data was logged between June 6, 2016, and July 8, 2019. It included information pertaining to the type(s) of product(s) being used and what symptoms they were trying to mitigate.

Contrary to popular belief, the UNM’s fresh research effort indicates that smoking joints can actually be a healthy pastime. The researchers claim that nausea symptoms can be eased in as little as five minutes after inhaling THC-laden smoke.

Described as “the largest study of its kind,” the breathtaking discovery was confirmed after researchers analyzed symptoms, product choices, and the level of symptomatic relief experienced by each nausea patient after consuming cannabis.

Interestingly, in comparison with ingesting edibles or using a vaporizer to load up on the plant’s active cannabinoids, smoking cannabis flower offered the greatest amount of relief from nausea. The nausea-relieving effects of flower and concentrated forms of cannabis were much faster than tinctures and edibles. Conversely, vaping was much less effective than smokable joints and pipes.

What researchers were most taken aback by was the fact that products containing the most THC alleviated the symptoms of nausea more effectively than CBD; surprising since CBD has been globally praised as a top choice for medical cannabis patients.

“Perhaps our most surprising result was that THC, typically associated with recreational use, seemed to improve treatment among consumers of cannabis flower, while our CBD, more commonly associated with medical use, actually seemed to be associated with less symptom relief,” explains the study co-author and associate professor of psychology at the University of New Mexico, Jacob Vigil.

Notwithstanding the nausea-easing potential that THC holds, it’s important to note that this abundant cannabinoid may also produce feelings of anxiety and fatigue when consumed in large amounts; as proven in this study.

The UNM researchers noted that, since nausea is just one symptom, CBD may be a better option for relieving the symptoms associated with other types of medical conditions, such as epilepsy and chronic pain.

Plus, according to assistant professor of economics at UNM and lead study author Dr. Sarah Stith, pregnant women, children, and people who fall into “high-risk populations” may feel the urge to try cannabis after learning of its nausea-relieving potential. This, she says, could cause more harm than good. Nevertheless, the findings offer an insightful view into the leafy green plant and its essential elements, not to mention clear some misconceptions surrounding THC.

The Symptoms of Nausea are Often Difficult to Treat

According to the American Family Physician (AFP), acute nausea lingers for one month or less, whereas the symptoms of chronic nausea tend to stick around for more than one month. Some of the most common causes of nausea are as follows:

Since 96% of ReleafApp respondents had a positive experience using THC-rich cannabis—which is non-addictive and has never caused a fatal overdose—for nausea, the plant could offer respite among those who have exhausted alternative treatment options.

On the other hand, while the UNM’s research implies that cannabis holds promise as a treatment option, more research is needed. Private donations bestowed upon the UNM Cannabis Research Fund were used to partially fund the study.