Home News The Dark Side of Working as a Trimmigrant

The Dark Side of Working as a Trimmigrant 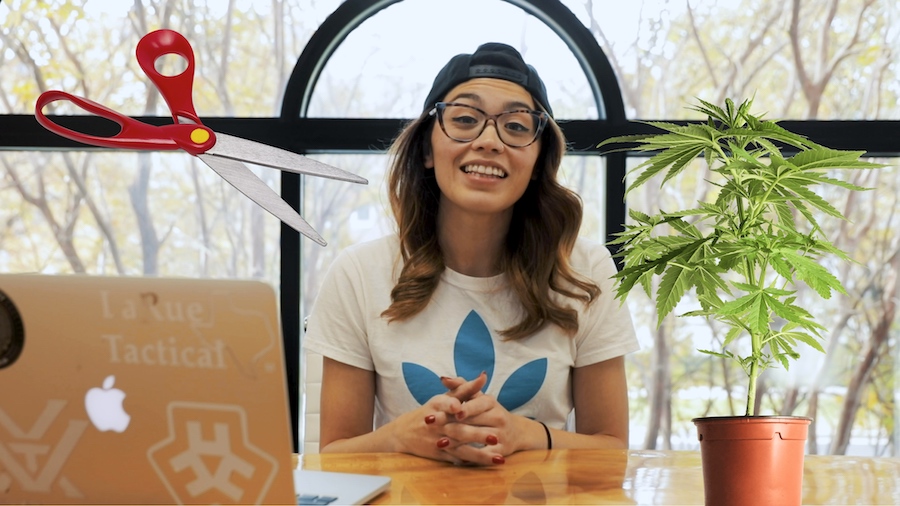 Over half of the cannabis consumed in the United States is produced in a remote part of Northern California known as the Emerald Triangle. As a part of the growing process, growers must carefully and manually trim the leaves away from the buds of the plant. That means hiring on extra hands to assist with the pruning.

And many growers are turning to migrant workers for help.

These workers, known colloquially as “trimmigrants,” make the trek come harvest time because they know they can make good money—generally up to about $300 for a day of labor.

But what is life like for the workers who take on this responsibility? Let us preface by saying that not all cultivators treat their workers terribly. However, there are many harrowing stories that the public should become aware of. Because trimmigrants are not protected by US law, is the work safe for them? Or has the industry given rise to human rights problems that must be addressed?

Where Do Trimmigrants Come From?

The short answer—all over. Trimming is a fairly reliable way for non-US citizens to earn an income, especially if they’re in the country during the growing season when extra hands are needed. So when you think of trimmigrants, don’t make the mistake of thinking of people solely from Latin America. Many trimmigrants have hailed from Europe, and it’s common to see tourists, and American college students taking on this kind of work.

Some estimate that as many as 150,000 people worked as trimmers this season, and up to half of those may have come from outside the US. Because this industry isn’t documented, it’s impossible to say for sure.

Why use trimmigrants instead of legal employees? The primary reason is that the Emerald Triangle supplies the unregulated cannabis market and doesn’t want to invite government oversight. In other words—what’s going on is more than just nominally illegal.

Although trimmigrants are well paid, the work itself can be tedious, painful, and exhausting. Workers have reported nonstop labor, with breaks only for meals provided by the employer. Housing is sometimes unprovided, and many trimmigrants must find places to camp out for the night between shifts. Drug use on the job is not uncommon, and may contribute to workplace injuries—trimming tiny leaves with sharp scissors is delicate work at best.

But these unpleasant working conditions reflect a better-case scenario in some instances. The dark side of trimmigrant work can produce far more unpleasant stories.

Investigators have found that female trimmers are preferred and more likely to be hired. This disparity is likely because male growers “seek female companionship,” according to an investigator for the Eureka Police Department.

In an unregulated industry, it’s far too easy for this mentality to lead to abuses. There are reports of male employers making unwanted sexual advances toward their employees. Some women report having been offered higher wages to trim while topless. Others share horror stories of having their pay withheld until they agree to perform sexual acts on their employer. Because these women are working illegally, they have no recourse to protect themselves.

In one nightmare story, a teenage girl was hired for what she thought was a standard trimming job. Instead, she was raped repeatedly by the two growers in charge. Then, fearing she would run away, the men locked her in an oversized toolbox.

Unfortunately, many law enforcement agencies still consider the cannabis industry itself to be the inciting factor in this terrible problem.

Ultimately, more oversight will only help the workers on cannabis farms by providing the protections they need to work safely. Legalization can’t come soon enough for the workers—especially the young women—in the Emerald Triangle.

I am blown away by the level of violence and more over a nasty disposition for something I can buy without issues of dealing with criminals anymore. However I have worked for nefarious type people when in Vegas. There are plenty of people who feel criminals are cool and they live outside the law but then they might expect the criminals to be fair and decent. It’s all in the belief that they will make money with the criminals because they make a lot of money. Well the criminals have money because they do give it away and keep most of the money for themselves. These people are totally out of their minds to believe this is in anyway safe to earn a living doing. If someone knows good people to work that’s one thing but to roll the dice blind and go off with whoever is incredibly foolish and led many to their deaths or sex slavery which is often disguised as a well paying job that’s actually a set up.

Another thing I thought about was the fact of marijuana being a very low profit margin and if someone is a grower they sell can’t retail to retail to they’re buyers. So even though billions of dollars are earned collectively but going by each individual grower the money isn’t in the millions unless they are huge. But I would venture to say with legalized marijuana the profits are in a free fall and many people are going up there thinking it’s business as usual, no. This is probably more a sex trafficking sceme than marijuana jobs. They could earn more money sex trafficking than selling marijuana. As far as crimes go there’s nothing scarier than sex trafficking. It’s completely destroying lives.