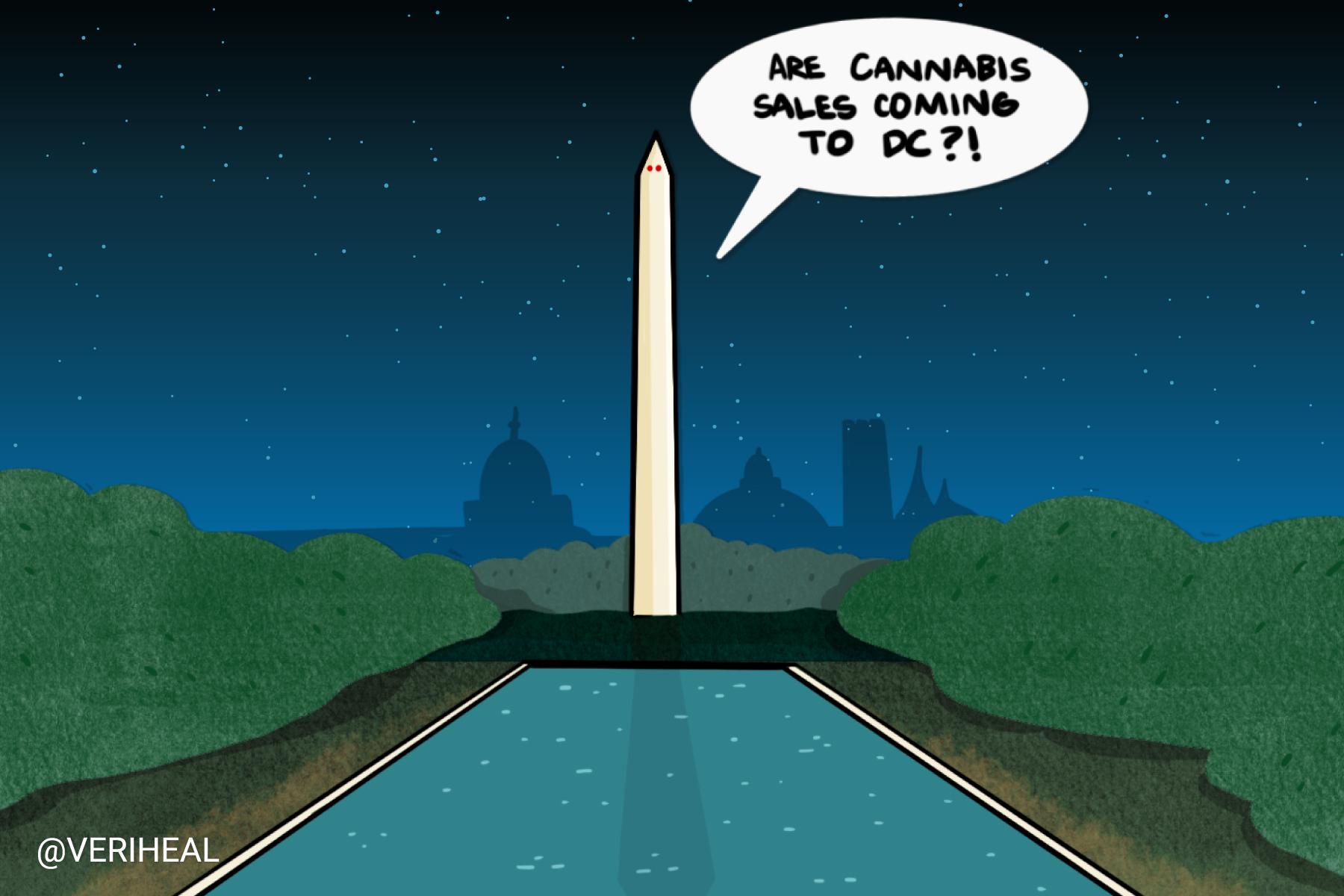 Cannabis is illegal at the federal level, as we all know. But it’s also being legalized, gradually, state by state. And this mixed legality leads to some funky situations. For example, California and Oregon—two contiguous states—are both very progressive when it comes to cannabis law. Recreational cannabis has been legal in both states for several years. However, if you own a cannabis business in California, you can’t sell your product in Oregon. That’s because, even though cannabis is fully legal on every inch of land in question, it remains illegal to sell across state lines thanks to federal law. Federal law also creates sticky problems when it comes to banking, making it more complicated for cannabis businesses to operate. And then there’s the problem of Washington, D.C. Residents of the District are accustomed to living without certain benefits that are afforded under the protection of individual states’ rights. And when it comes to cannabis, they might never see legalization until the federal government is ready to legalize it. Then again, maybe they will with the newly introduced Safe Cannabis Sales Act of 2021.

The Safe Cannabis Sales Act of 2021, introduced last month, is aimed at legalizing recreational cannabis sales for residents of D.C. aged 21 and older. This would be a big step forward. Currently, DC residents are allowed to grow, possess, and gift cannabis, but may not sell it. While that’s certainly better than nothing, it makes it impossible for an industry to spring up. And D.C. wants that industry. That’s why they’ve built a 17% sales tax into the Safe Cannabis Sales Act. Like many states that have passed recreational cannabis legislation, D.C. sees the benefit of legalizing cannabis and using the sales tax proceeds to fund other initiatives in the city.

But there have been obstacles to overcome. In 2014, Congress attached a provision to an appropriations bill that stopped D.C. from using its funds to legalize or regulate the sale of cannabis. Part of the reason D.C. has continued to push so hard for legalization is to aid communities of color. It’s widely known that communities of color have been disproportionately victimized by cannabis prohibition and penalties. D.C. officials hope to take steps to rectify that situation with this new legislation. The Safe Cannabis Sales Act of 2021 aims to provide assistance to help people of color enter the cannabis industry and find success there. After years of being victimized by cannabis law, it’s only appropriate that disenfranchised people should be among the greatest beneficiaries of legalization. In addition, D.C. officials hope to funnel a significant amount of the money taken in through sales taxes on cannabis products into rebuilding communities that have been harmed over the years by the War on Drugs.

Will the Act Become Law?

The answer is a resounding maybe. There are encouraging signs. It’s clear that this is the will of the people of D.C., and legislators may recognize that and wish to honor it. It’s also clear that similar legislation has been nothing but successful in other parts of the country—we have only to look at what’s going on in California or Colorado to see examples of how well cannabis legalization serves populations. In order for it to happen, Congress will have to refrain from preventing D.C. from paying for it. As previously mentioned, that’s not something Congress has allowed in the past. But with a Democrat-controlled House and Senate—traditionally the party more friendly to cannabis reforms—the stars may finally be coming into alignment for Washington, D.C.