Home Research This Is Your Brain On Cannabis: How Our Brains React to Cannabinoids

This Is Your Brain On Cannabis: How Our Brains React to Cannabinoids 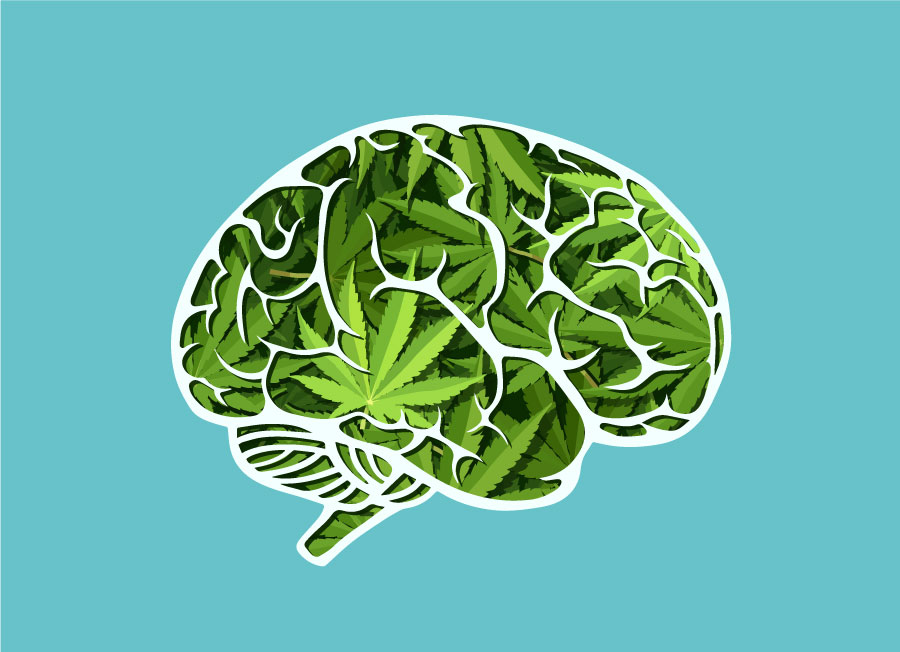 Why does the THC in cannabis affect users the way it does? Why does it cause you to get high, and what’s actually going on in your body when that happens? It’s a question many people would like an answer to. Thanks to increasing research into the effects of cannabis on the human body, that’s an answer we might actually be able to pin down sooner rather than later.

For now, we have a lot of good information about how THC affects the brain. Enough to get us started on understanding what happens when we ingest this compound.

It Starts With the Endocannabinoid System

The endocannabinoid system, or ECS, was discovered by scientists back in the 1990s. So far, studies into this bodily system indicate that its primary function is to maintain the status quo in our bodies—to keep things running harmoniously and smoothly. As a consequence, we know that stimulating the ECS and keeping it healthy is a good idea for the body as a whole. We have endocannabinoid receptors throughout our bodies, but one of the hotbeds of endocannabinoid activity in the body is the brain.

But what does this have to do with THC?

The answer is that THC’s structure, as well as those of other compounds found in the cannabis plant, such as CBD. It’s very similar to the structure of naturally produced brain chemicals intended to interact with the ECS.

While CBD only stimulates the endocannabinoid receptors but does not actually bind with them, THC does have the ability to bind with these receptors. This small but crucial difference is what causes the ‘high’ we experience when we ingest THC. THC stimulates our neurons to flood our nervous systems with dopamine, which is why users report feelings of pleasure.

What Parts of the Brain are Most Affected?

Of course, the effects of THC are strongest in the areas of the brain with the most endocannabinoid receptors. These include the hippocampus, cerebellum, and basal ganglia.

Understanding the way THC affects the brain makes it a little more clear what is going on in the body when you’re high. It also gives hints as to what kind of health benefits might be possible going forward. Knowing what parts of the brain are most affected by THC is invaluable information. As time goes on, we hope that studies on the effects of THC on the brain, as well as on the rest of the body, will be able to continue.

Until then, what we know about the endocannabinoid system and its regulatory functions, as well as the way it interacts with the compounds in cannabis, is a great start!