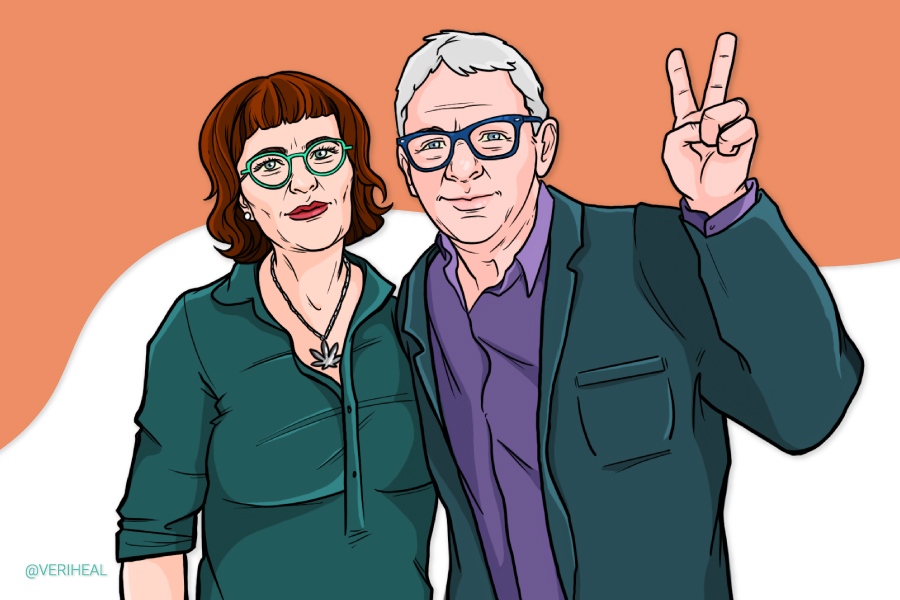 The South African cannabis community is up in arms over the news of slain cannabis activist Jules Stobbs. On July 3, 2020, The Dagga Couples’ home farm was broken into by violent thieves which were reported to have taken items, fled, returned and then shot at and killed Mr. Stobbs. As South Africa continues to struggle with violent farm attacks, many suspect that this was the case. But close friend and lawyer to the couple claims it was simply a robbery gone wrong. Either way, the loss of one half of The Dagga Couple will undoubtedly have a wide impact.

The Dagga Couple is a pro-cannabis organization that was founded by Julian Stobbs and Myrtle Clark, whom people have come to love and respect as the lobbyists they were. The organization began as a result of their arrest in 2010 for possession and dealing in cannabis. Instead of pleading guilty, the couple decided to sue seven sectors of the government, the trial came to be known as “The Trial of the Plant”. The organizations’ focus is on the legalization or/and decriminalization of cannabis in South Africa and has the motto “I am not a criminal”. The Dagga Couple started a non-profit company called Fields of Green for All.

Myrtle was with Julian at the time of the fatal robbery but managed to escape unharmed but horrified.

The Trial of the Plant

In “The Trial of the Plant”, the couple moved to sue the following seven sectors of the South African government:

South Africa has one of the most liberal constitutions in the world which includes clauses called “the right to health” and “the right to self-medicate”. Based on the constitution of South Africa, the ruling Judge of the case came to the conclusion that any law which did not allow for the use and cultivation of cannabis by adults, in a private dwelling was unconstitutional and therefor invalid. This ruling came in 2017 after the couple fought for 7 years to get there.

South Africa has its decriminalization of cannabis thanks to Julian Stobbs and Myrtle Clark.

The Dagga Couple’s Fields of Green for All Organization

This non-profit organization was established by the couple in order to deal with the “obstacles surrounding legalisation of the use of cannabis in South Africa”. They hoped that Fields of Green for All would cater for all interested people so that everyone can benefit from the legalisation of cannabis. The organization’s manifesto states that,

“Cannabis has been used for thousands of years and is no exception in many South African cultures. Following growing international trends, our aim is to restore Cannabis, the most researched plant in history, to its rightful place as a natural, safe and economically vital element of South African society… Under the terms of the South African Constitution, citizens reserve the right to individual freedom, a right that is not afforded to responsible Cannabis users. The gravest harm that one may experience from using Cannabis is being arrested and thus the prohibition of Cannabis directly results in the curtailing of personal freedom. This is first and foremost a human rights issue as thousands of South Africans are criminalized each year at great cost to themselves and society as a whole. At Fields of Green for ALL we support legal action to challenge the status quo”.

Additionally, the non-profit is in support of the development of constructive regulation and harm reduction programs as part of the legalization process of cannabis. They are in pursuit of a responsible, regulated and widely beneficial cannabis community.

Between 2015 and 2019, 74 South African farmers, large majority of which are Caucasian, have been murdered at their private dwellings which are located on farms. The farmers are usually brutally assaulted and then murdered. The farm murders have continued into 2020 which is why there is controversy between whether Jules was killed in a robbery gone wrong or whether he is another targeted farm owner contributing to the death toll of South African farm murders. Unfortunately, we can not report more on this, since the South African Police Services (SAPS) have no clue what happened themselves (unsurprisingly).

The memorial was held in Pretoria, South Africa where 50 of the closest family and friends could attend, while the rest could live stream the ceremony. So far, no arrests have been made for his murder. Marleen Theunissen, assistant to Clarke, stated that the robbery was a sign of our sick society and that Clarke is struggling to come to terms with her loss. DQ Central Show went live with one of Stobbs friends, actor Brandon Auret, who only managed to say “I can’t, I can’t, I’m sorry”.

Jules Stobbs did a lot for his local community and for the cannabis community all over South Africa. As condolences continue to pour in, it becomes apparent how many people have come to think of him as a hero for all that he has done as one half of The Dagga Couple in conjunction with being the director of social activism and the co-founder of Fields of Green for All.

Jeremy Acton, the founder of the Dagga Party of South Africa told reporters that “I am very sad to hear what has happened. The Dagga Couple led the way for most of the movement ever since we started fighting for the legalisation of cannabis.”

Rastafarian Gareth Prince, who was involved in the court challenge concerning cannabis, was also reported by The Saturday Star news states that “It’s with great sadness that we heard of Julian’s passing in another senseless act of violence. Julian was a hero. We can only draw strength from his fearlessness and determination to right unjust laws.”

Many have reported that Jules, half of The Dagga Couple, taught them ‘how to disobey bad laws’. He was outspoken but spoke out from the core of love and fairness. People believed this was the essence of him. True to that, the irony increases as he was murdered while wearing his T-shirt which stated “good people disobey bad laws”.