Home News What Researchers Learned From Unlocking the Cannabis Genome

What Researchers Learned From Unlocking the Cannabis Genome 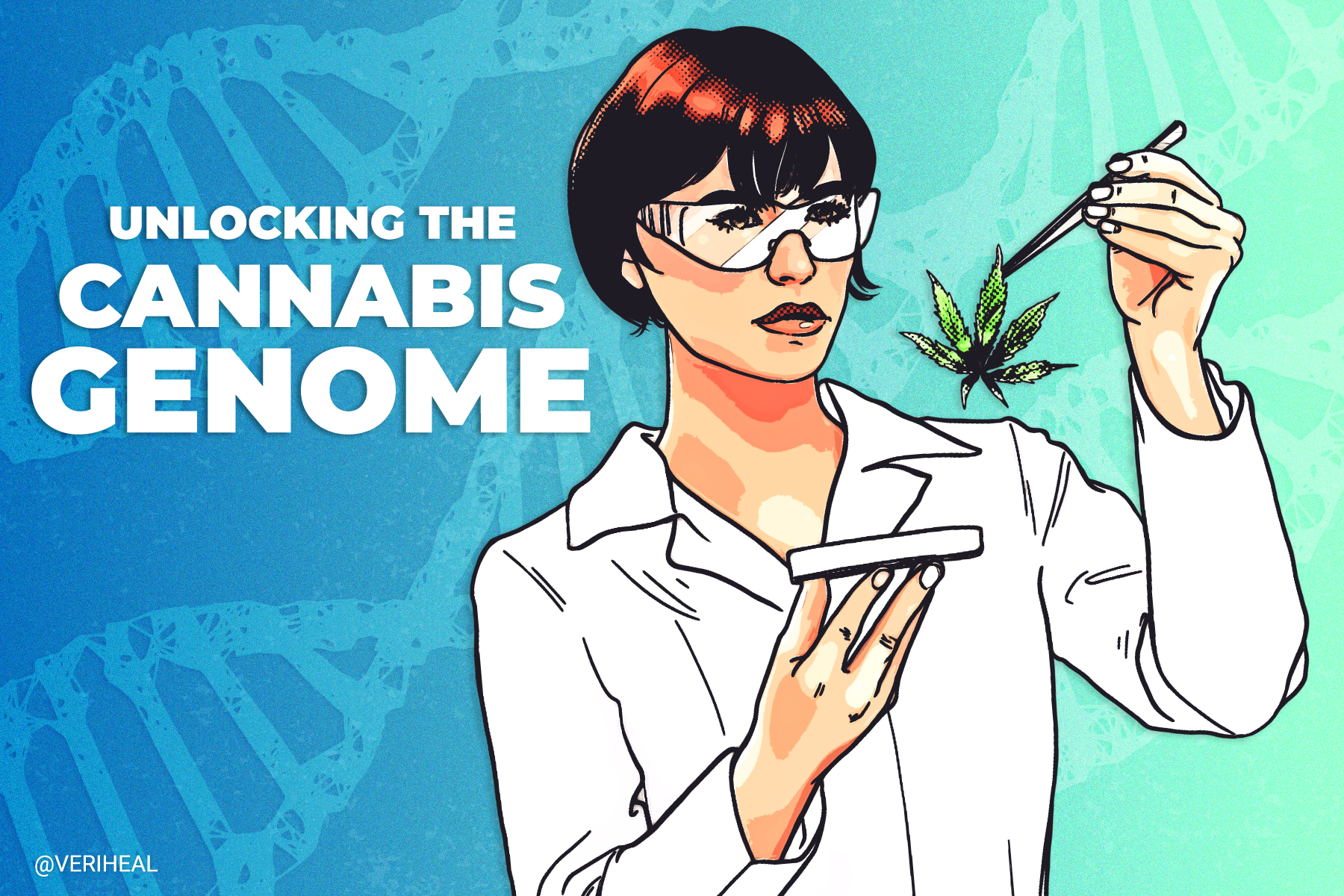 Let’s talk about genomes: the sequences of DNA that define everything about an organism.

While the cannabis community has attached fun names like “Wedding Cake” and “Grape Ape” to cannabis strains in order to distinguish between their characteristics, the differences between strains biologically lie in their genetic instructions. Strain names often fail to provide us all the information about effects and benefits, so scientists are diving into research to better understand the genetic codes of varying strains and what they mean for users.

The increasing legalization of cannabis around the globe has fueled medical cannabis research. In order to regulate it properly, we have to understand it—which is what researchers in Israel have been working on since the 1960s. Lior Chatow, a lead researcher at Israel-based cannabis research facility Eybna, filled Denver Westword in on the latest findings about cannabis genomes.

According to Chatow, “the cannabis plant’s genome encompasses all of the plant’s genetic information.” The reason we have an abundance of unique cannabis strains to choose from is that the cannabis genome adapts to new environments, leading to “the creation and diversification of cannabis genomes, producing more strains with varied effects that humans can benefit from.”

Mapping out genomes is an enlightening process because it reveals a ton about the plant’s specific phytochemical makeup. These phytochemicals include the plant’s terpenes, cannabinoids, flavonoids, and other compounds that contribute to the strain’s properties and benefits. Understanding how these chemical elements of the plant create certain effects for users can help doctors engineer cannabis treatments for specific conditions.

Phenotypes and What They Mean for Cannabis Users

So, genomes determine all the properties of a cannabis plant. But what exactly are phenotypes? In genetics, the phenotype is an organism’s observable characteristics; an example would be a human’s height and eye color. Chatow explains, “the plant’s phenotype is the expressed genome, and it accounts for the plant’s characteristics, such as chemical composition and appearance.” A cannabis plant’s phenotype is essentially the amalgamation of everything we see and smell on the plant as well as how its chemical compounds make us feel.

There are many different types of phytochemicals, and the environment in which a cannabis plant is grown “is a key regulator of phenotypic diversity,” according to Chatow. She clarifies that while environmental factors can heavily influence a cannabis plant’s properties, “they do not change the genome.” This demonstrates the significance of environment in the evolution of cannabis…nature versus nurture, anyone? An example of this environmentally fueled genetic adaptation is how the leaves of the Cannabis sativa plant changed in response to an increasingly warmer climate.

The Future of Strain Names

Israel, “consistently graded among the top locations for cannabis research” according to Westword, is not slowing down on its work for the cannabis industry anytime soon. While Chatow did not explicitly state that identifying cannabis by strains would become obsolete, she expressed concerns about regulating cannabis based on names like “Afgooey.” Inconsistent growing conditions and cross-breeding to create exciting new strains can change a plant’s phenotype, which “creates a greater gap between the plant that the strain was originally named for and the plant that actually gets to consumers’ hands.”

Accordingly, Chatow said, “Eybna’s belief is that the phytochemical makeup of a strain should be its main identifier instead of the given strain name.” Following a system like this, which involves checking the product’s certificate of analysis, would allow for growers to reinstate the standardization, quality, and consistency of well-loved strains, as well as “open new doors for strain innovation,” particularly when it comes to medical cannabis treatments.

While opinions on the eradication of strain names are varied, one thing is certain: The means of regulation needed to widely enact legalization are finally within our grasps. The more we understand cannabis genetics, the safer and more customized cannabis consumption can get—and proven medicinal therapies lead to legalization. In conclusion to her interview with Westword, Chatow stated that “we [Eynma] believe that introducing a new genetics-driven approach to cannabis will be crucial to help the industry further expand, innovate and reach new communities worldwide.”