Home News Whatever Happened to the Vape Crisis and EVALI Epidemic?

Whatever Happened to the Vape Crisis and EVALI Epidemic? 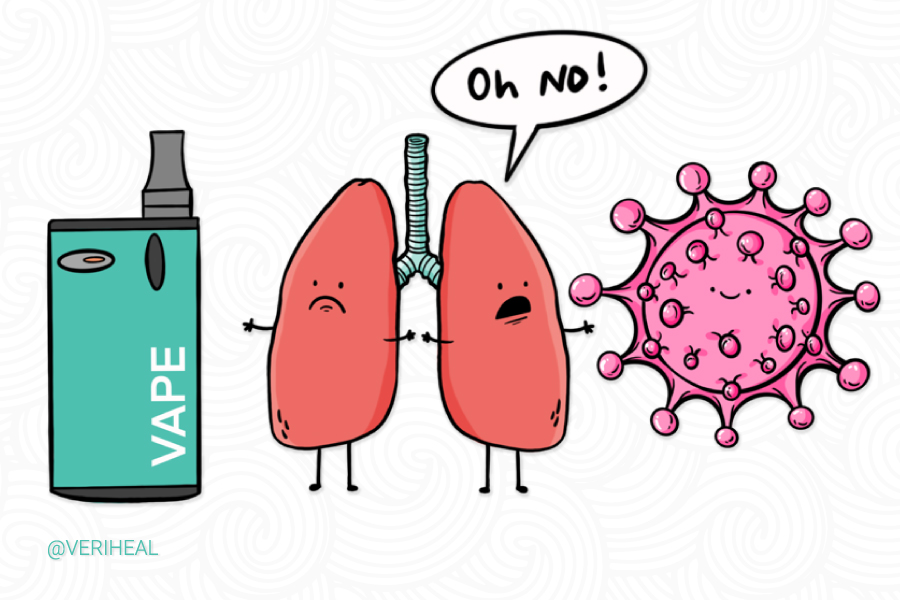 Currently, a lot of places are under shelter-in-place orders. Covid-19 quickly spread across the globe, becoming the central focus of media and news outlets everywhere. It seemed that COVID-19 was going to get us all and possibly still could. One minute you hear it’s the deadliest disease in our history and the next you here that statistics and numbers are created and inflated. It becomes hard to decipher what’s real and what isn’t. In the midst of all of this that’s happening with COVID-19, it seems other major situations that were previously considered an epidemic seem to have been brushed under the rug.

Did the issue vanish?

Whatever happened to the vaping epidemic that was plaguing America? Was it not long ago that the United States Center for Disease Control and Prevention was claiming America was facing an epidemic because of e-cigarettes and vaping? They even came up with a term for the disease connected to the so-called epidemic that they called “E-Cigarette Or Vaping Product Use-Associated Lung Injury” or EVALI for short. Rumors were flying around at first that flavored vapes were responsible for this condition and the epidemic that was at hand. The next thing you know, you’re hearing rumors that this illness was coming from people vaping black market cannabis vapes.

It seems as if the epidemic that was a pain has disappeared as quickly as COVID-19 surfaced. Of course, there is much room for an argument from either side of the story when it comes to the CDC and their suggestions on epidemics such as e-cigarettes and vaping as well as Covid-19. It would seem that COVID-19 would qualify more as an epidemic than previous suggestions of e-cigarettes and vaping being related to an epidemic. The epidemic came years ago from smoking cigarettes loaded with tons of additives and chemicals. Where was the recommendation to cease and desist with sales then?

The U.S. Was The Only One Affected

Many people also find it a little bit strange that America was the only country facing a vaping / e-cigarette epidemic. In the UK, vaping is extremely popular, and this issue did not surface. In fact, when it comes to the viewpoint on e-cigarettes, the UK and the US see very differently from one another. Countless stories covered by outlets such as CNN, BBC, and others touch on this subject. But, if there was no actual alarm for a vaping epidemic involving e-cigarettes or vaping devices, then why would the CDC ever suggest this? I can remember seeing arguments inside of convenience stores where customers were looking for Juul pods, and employees were refusing to sell them or claiming they did not have them in stock, and we’re not getting anymore. Many believe this is controlled induced panic.

A True Pandemic and the Contradictions of the U.S. Government

The government and offices within it, such as the CDC, are often known for giving out information that contradicts itself. This is exactly the case seen with the so-called vaping epidemic that was plaguing America. If vaping cigarettes and cannabis products were so horrible for people, why would the CDC release new recommendations telling those who vape not to go back to smoking? The CDC was quoted stating that “adults using a nicotine-containing e-cigarette, or vaping, products as an alternative to cigarettes should not go back to smoking.”

No matter what you believe though, it seems that the vaping epidemic went away as quickly as it started, and unfortunately thanks to COVID-19 we have a much clearer picture of what a true epidemic or pandemic is.

I’ve been vaping since vaping became a thing. I’ve never had so much as a cough. I’m not worn out all the time, my blood pressure is stable and I’ve been given a clean bill of health by my PCP. Yet, I vape, more than most chain smokers smoke. Of course, my story isn’t consistent with the experiences of the entire vaping community, but I can say with 100% confidence that everyone I know who vapes (there are a LOT) all have the same story. Why is that? Could it be that the infinitely small number (on the grand scale) of folks who ended up with some crazy lung illness maybe, just maybe… bought some sketchy vape juice or product off some weirdo on the street? Perhaps something contaminated? If vaping was so bad, why was only such a small number of people affected? And why oh why did it only happen here in the US? The whole thing is BS, and I think Big Tobacco is behind it. Anyway, thanks for the article.

There was some evidence that this was the result in some cases of vitamin E which was added to the vape fluid as a consumer draw. Unfortunately vitamin E is toxic to lung epithelial tissue. I was expecting to find out that a lot of companies where inadvertently using bulk solvents that contained the vitamin but for some reason this investigation was dropped. Ironic though that the US is one of the only countries to have protections in place for supplements and a severely underfunded enforcement arm of its regulating body. It seems to me that a journalist with dreams of Pulitzer Prizes in their heads might be well inclined to file a records request. I’m pretty certain that with the current political climate they would be denied. They can the have basis for writing a “What is the Government trying to hide” piece, followed by interviews with the families of victims.

Or, what Ive been thinking lately, is that the two were actually one in the same and it took China stepping in to figure it out.