Home Business Why do Insurance Companies Consider Cannabis to be so Risky?

Why do Insurance Companies Consider Cannabis to be so Risky? 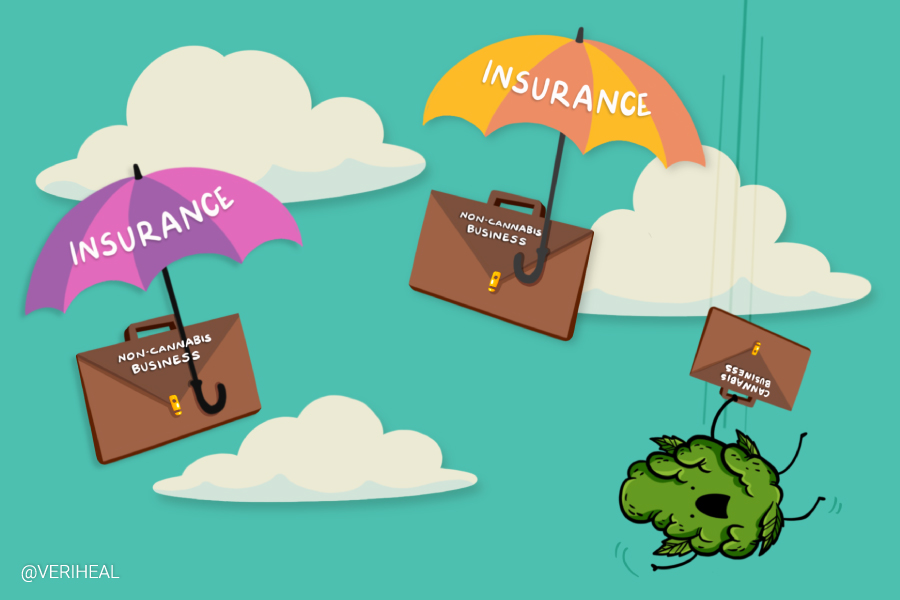 The way the US has chosen to approach cannabis legalization is a tricky one. Right now, cannabis remains illegal at the federal level, and that doesn’t appear likely to change in the immediate future. Instead, legalization is taking place on a state by state basis. Of course, most of us are familiar with this process—we’ve been keeping track of the changing laws and waiting hopefully to see when cannabis will be legalized in our own states. But a basic understanding of cannabis legalization is nowhere near an understanding at the comprehensive level due to the fact that there are so many different cannabis laws. To top it off, the laws are evolving frequently at rapid speed. For example, even if cannabis is legal statewide, a person uninformed of the legal fine print might inadvertently violate the law by growing their own cannabis, transporting cannabis across state lines, sharing it with a friend, or consuming it in a form that the state deems illegal. This is why it’s extremely important to familiarize yourself with the laws of the place you live before making cannabis a part of your life.

Insurance companies face similar risks for similar reasons, making them reluctant to engage with cannabis as a product. Unfortunately, this has some negative repercussions for the industry and for those involved in it.

Tension Between Federal and State Laws

Cannabis businesses are also unable to declare bankruptcy, which removes an essential protection that makes it possible for many business owners to comfortably take necessary risks as they’re getting started. Because banks are usually federally owned, they rarely extend certain protections to companies operating outside of federal law even if cannabis is legal in the operating state. As for insurance companies, they’re privately owned, so there’s nothing inherently preventing them from working with cannabis businesses. But the fear of criminal liability is enough to deter most companies from even considering the risk. And this isn’t a blind fear—insurance companies that provide coverage to businesses selling cannabis can be held liable for conspiracy to violate the Controlled Substances Act.

Further complications can arise if cannabis isn’t legislated uniformly throughout a state—for example, municipalities within a legal state can have different rules. However, since the Farm Bill decriminalized hemp at the federal level, it is at least easier for hemp-only businesses to get insurance without the insurers fearing legal ramifications.

How Businesses Are Affected

All small businesses need access to insurance to thrive. From property insurance to product liability to worker’s comp and more, business insurance helps companies protect themselves against unnecessary loss—and this is especially vital for new companies that are just finding their footing in a new industry. We hope that, as legalization spreads, providing insurance coverage becomes less of a risk for insurance companies, and cannabis businesses are able to procure the coverage they need. In the meantime, the risk insurance companies won’t or can’t take is being borne by those lower down the totem pole—the cannabis businesses themselves, and those who have found new careers in the cannabis industry.