Home News After 7 Years Of Litigation, One Couple Is Vindicated Over A Wrongful Raid

After 7 Years Of Litigation, One Couple Is Vindicated Over A Wrongful Raid 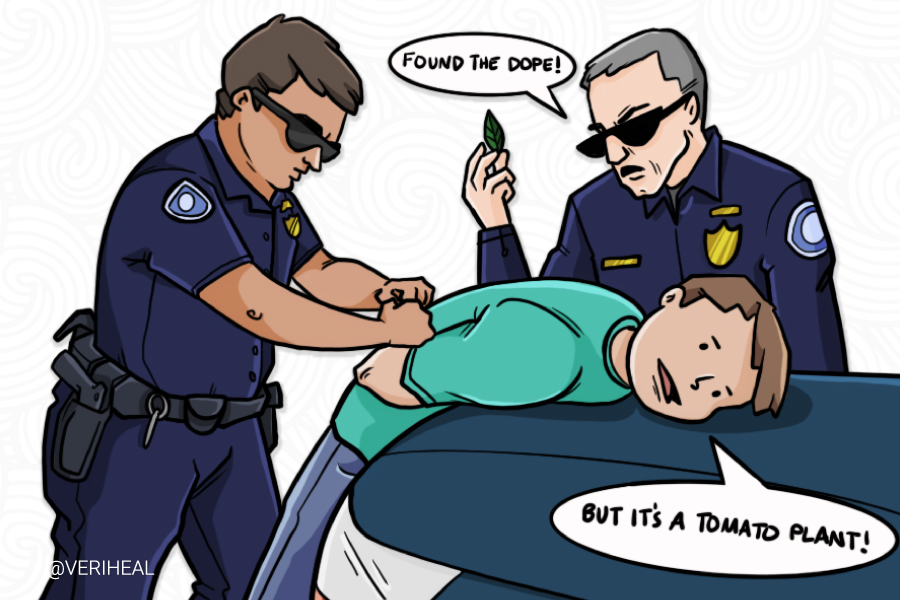 The War on Drugs, a government initiative that began in the 1970s and was intended to curtail the sale and use of dangerous drugs in the United States, has had a strange and dramatic impact on cannabis. The low tolerance of War on Drugs era policies may be to blame for such mistakes as classifying cannabis as a Schedule I substance when many experts now agree that it does, in fact, have the potential to be used medically. America’s history of viewing cannabis use as a serious crime has taken a toll on minority communities as well. And, of course, we know that many cannabis-related crimes have been expunged in recent years as the country has moved toward legalization. But today we look at the surreal tale of a couple who never put a foot out of line and have been engaged in legal entanglements for years over a raid that was absolutely no fault of their own.

They Just Wanted to Grow Tomatoes in Peace

Adlynn and Robert Harte were nobody’s idea of criminals. They were former CIA agents with a penchant for gardening. And it was this passion that led Robert Harte to visit a hydroponic gardening store in 2012 for supplies to grow tomatoes, a project he hoped to carry out with his son.

Little did he know that the police had staked out that store in search of leads for an annual 4/20 marijuana arrest. The police saw Robert Harte exit the hydroponic store, equipment in hand, and jumped to the wrong conclusions. From that moment on, he was marked as a potential cannabis kingpin.

In need of more conclusive evidence before making an arrest, the police arrived at the Harte home that evening and went through the trash. There, they found what looked to them like everything they needed—wet vegetation.

Though the wet leaves were initially deemed innocuous, it was enough to bring the police back to the Hartes’ home for two subsequent raids, on which occasions more of the same plant material was found. Now the police felt that what they were looking at was cannabis.

The police acquired a search warrant and returned to the Hartes’ home at seven in the morning on April 20th.

The raid on the Hartes’ home must have been alarming and traumatic for Robert and Adlynn, and for their children, aged seven and thirteen at the time. Robert had an assault rifle pointed at him and was ordered to the ground, while his wife and children were forced to sit beside the wall.

Once the house had been ransacked, however, it became clear to the police that they had taken a false step and that the Hartes had done nothing wrong. The hydroponic tomato garden was visible in plain sight, a perfectly fitting explanation for the equipment Robert had purchased.

As for the “suspicious” plant matter, it was revealed to be nothing more than used tea leaves. Though they were tested in a lab, the test used was of an unreliable nature and gave a false-positive result.

The Lawsuit Over The Wrongful Raid

The Hartes sued Johnson County, KS, for the bungled raid on their home, and the district ruled in favor of the county. The Hartes appealed to a jury trial and once again lost their case—the jury also found in favor of the sheriff’s department.

Small consolation after seven years spent seeking recompense for the invasion into their family’s home. But at the very least, the Hartes can take away the certain knowledge that they were the wronged party in these proceedings.

I’m wondering what the ethnicity of the couple was that they keep loosing. This was from the very beginning a clear violation of privacy rights. I’m glad the Hartes did not give up, kept looking for justice, although I don’t feel they got it. Having someone ransack and destroy your home for their own twist sense of power is a violation of human rights.