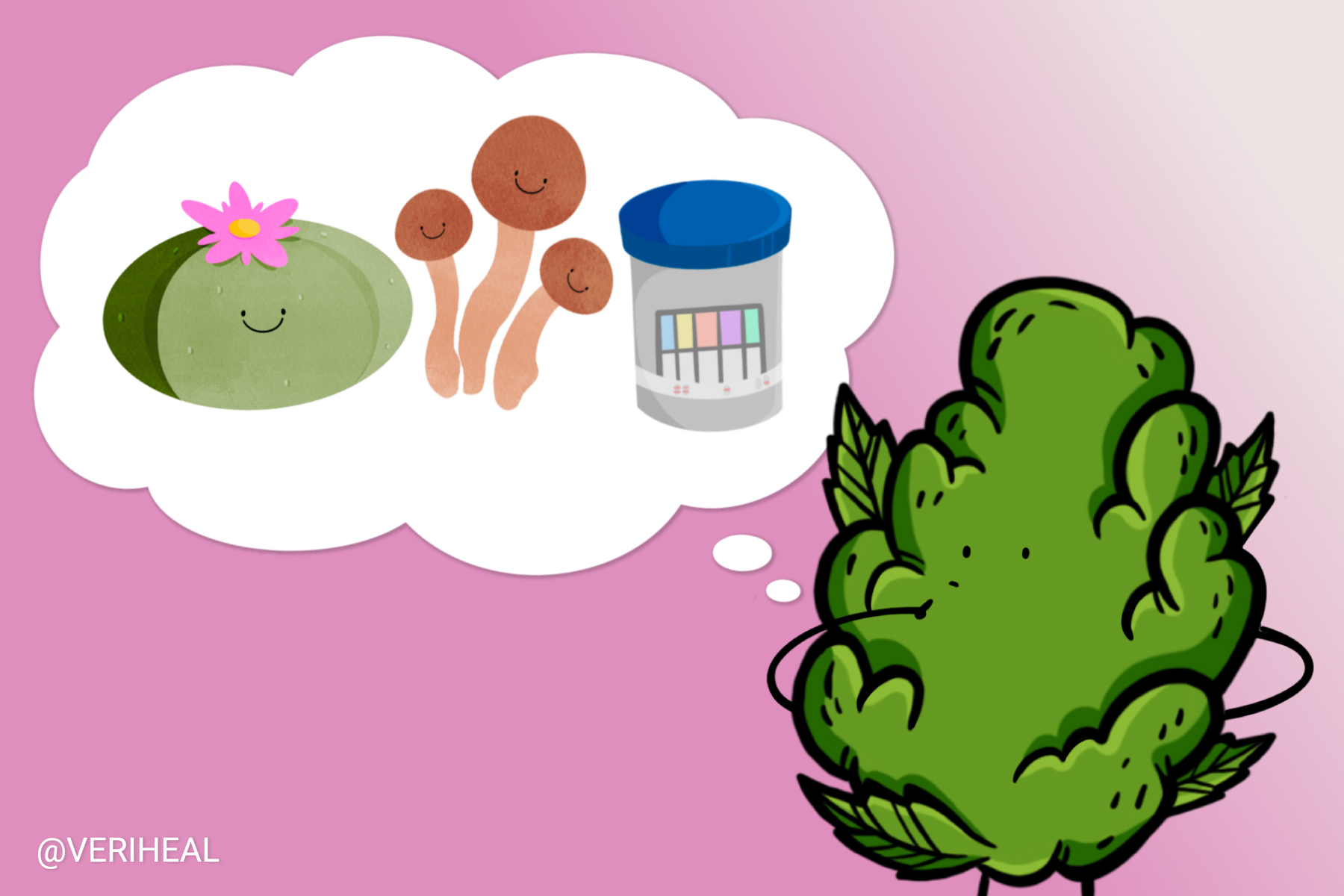 Psychedelic drugs are commonly used recreationally and have gained popularity for “their ability to induce states of altered or distorted perception, thought and mood”, according to Dr. Robert Williams and Dr. Timothy Erickson and their evaluation of hallucinogenic or psychedelic drug intoxication. These two doctors explain that these substances can produce sympathomimetic effects (effects of stimulation of sympathetic nerves) such as hyperactivity, mydriasis (dilated pupils), hypertension, tachycardia, and hyperthermia.

Regardless, psychedelics are used by over 30 million citizens in America alone. This raises questions among users such as how long it takes for the body to metabolize the drugs and whether or not drug tests detect psychedelics. Before attempting to answer those questions, let’s have a look at what psychedelic drugs are.

A Quick Overview of Psychedelics

Psychedelic drugs refer to hallucinogens which are psychoactive substances. These hallucinogens can alter one’s perception, mood, and cognition. Psychedelics have an effect on the senses including one’s sense of time and emotions. These substances can induce hallucinations involving sight and hearing. Just like many other drugs, psychedelics can be found naturally in trees, seeds, fungi, and leaves but can also be man-made in laboratories.

The Alcohol and Drug Foundation explains that psychedelics can bring on a few effects such as increased body temperature, loss of coordination, hallucinations, distorted perceptions, disorganized thoughts, anxiety, paranoia, panic, and euphoria. According to the National Institute on Drug Abuse, psychedelics are commonly split into two categories: the classics and the dissociatives. The classic psychedelics are hallucinogens that cause visual, auditory, and sensory hallucinations, while dissociative psychedelics cause a sense of detachment from the body including the senses.

A five-panel urinalysis will typically detect tetrahydrocannabinol (THC), cocaine, PCP, amphetamines, and opioids. The following information is based on urine and blood testing. In terms of hair follicle drug tests, psychedelics, or hallucinogens, can be detected up to 90 days after consumption.

Despite these general detection times and metabolism rates, there are factors that can impact how long a psychedelic drug stays in the body, as well as how long after consumption it can be detected.

While psychedelics such as psilocybin (magic mushrooms) and peyote are largely considered safe recreational drugs, consumers should still be wary and try to limit their consumption of psychedelics especially those that are man-made, or synthetic due to the risk of long-term health risks. When used appropriately, psilocybin and many other psychedelic types are thought to have great potential for their therapeutic properties. Psychedelics for recreational use are best used with extreme caution and care.

Note: Veriheal does not support illegally consuming alternative therapeutic substances but acknowledges that it transpires because of the current illicit status, which we strive to change by advocating for research, legal access, and responsible consumption. Always consult a physician before attempting psychedelic therapy.

Nice article, Thank You! Can you post informative info on how long cannabis stays in your system and how long it takes to metabolize. I hear many different theories. Thank You!