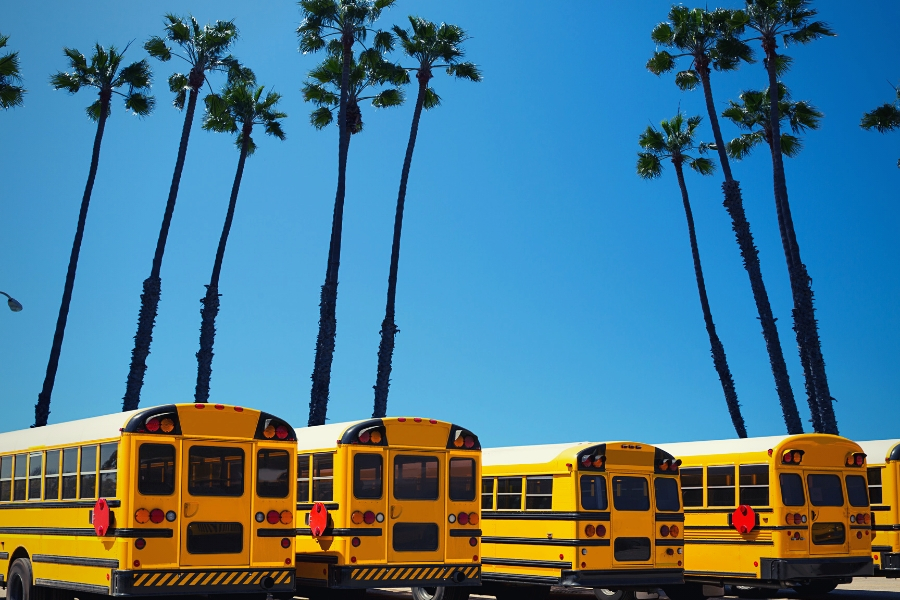 Governor Gavin Newsom recently signed a new law that will allow parents to administer medical cannabis products to their children during school hours. This law had been previously vetoed by former Governor Jerry Brown last year because of the fear of exposure to the youth. Newsom sees the brighter side of the situation, claiming this will pave the way for more schools to allow children to have the type of medication that they need. The new law will go into effect Jan. 1 but has already been met with tons of criticism.

This new law is based on a bill from Senator Jerry Hill from San Mateo, CA. This bill set the standard for the relationship between cannabis and children at school, helping hundreds of students in the area. Initially for students “for whom medicinal cannabis is the only medication that works — so they can take their dose at school and then get on with their studies, without being removed from campus and without disrupting their educational experience or that of their classmates.”

Sen. Hill named the bill JoJo’s Act in honor of a Bay Area teenager who hasn’t been able to attend school because of a rare form of epilepsy called Lennox-Gastaut Syndrome. JoJo’s mother, Karina Garcia, explained to lawmakers the benefits medical cannabis tinctures have on her son’s life. Garcia and thousands of other parents have begun to incorporate cannabis and CBD into their children’s treatment for certain conditions.

Does This Mean That Kids Can Smoke At School?

In order for students to receive their medication, their parents must have a doctor’s recommendation to administer the products on campus. None of the products can be consumed or smoked. Instead, cannabis-infused products such as lotions, oil, and other topicals will be used to treat conditions, most commonly epilepsy. It’s this very condition that has sparked criticism among people.

Epilepsy medication is typically administered once in the morning, and again in the afternoon. Many critics believe parents can easily give their children the medication around school hours, making this new act seem unnecessary. The reality behind this argument is that there are many other illnesses’ that can be treated with cannabis. CBD has been found to help children who suffer from autism, anxiety, and sensory processing disorders.

Parents Will Be The Ones Administering Medication

Another opponent to the new law comes from the California Police Chiefs Association, who’s top priority “is to prevent any youth under the age of 21 from accessing all types of cannabis products.” In theory, the students will never actually possess the medication themselves. In order to receive the medication, the parents must go to the school and administer it themselves, having the medication on them the entire time.

Before this law was passed, California’s parents were forced to remove their children from school to administer any type of medication that contained cannabis. Even for medicinal use, medical cannabis wasn’t allowed within 1,000 feet of a school.

Newsom discounted the law enforcement’s concern and signed the law on October 9 and apparently didn’t say a word in doing so. The San Francisco native was a strong supporter of Proposition 64, which legalized cannabis for recreational purposes in 2016.

California becomes the 8th state to allow children in K-12 the use of medical cannabis in the same fashion. This action continues to prove the country is becoming more accepting of cannabis, and willing to see how it can benefit the masses. Of course, there are still plenty of concerns following this new law. Most of these woes stem from the public not understanding the long-term effects cannabis and CBD have on children. Hopefully, this new law inspires other states to follow suit.