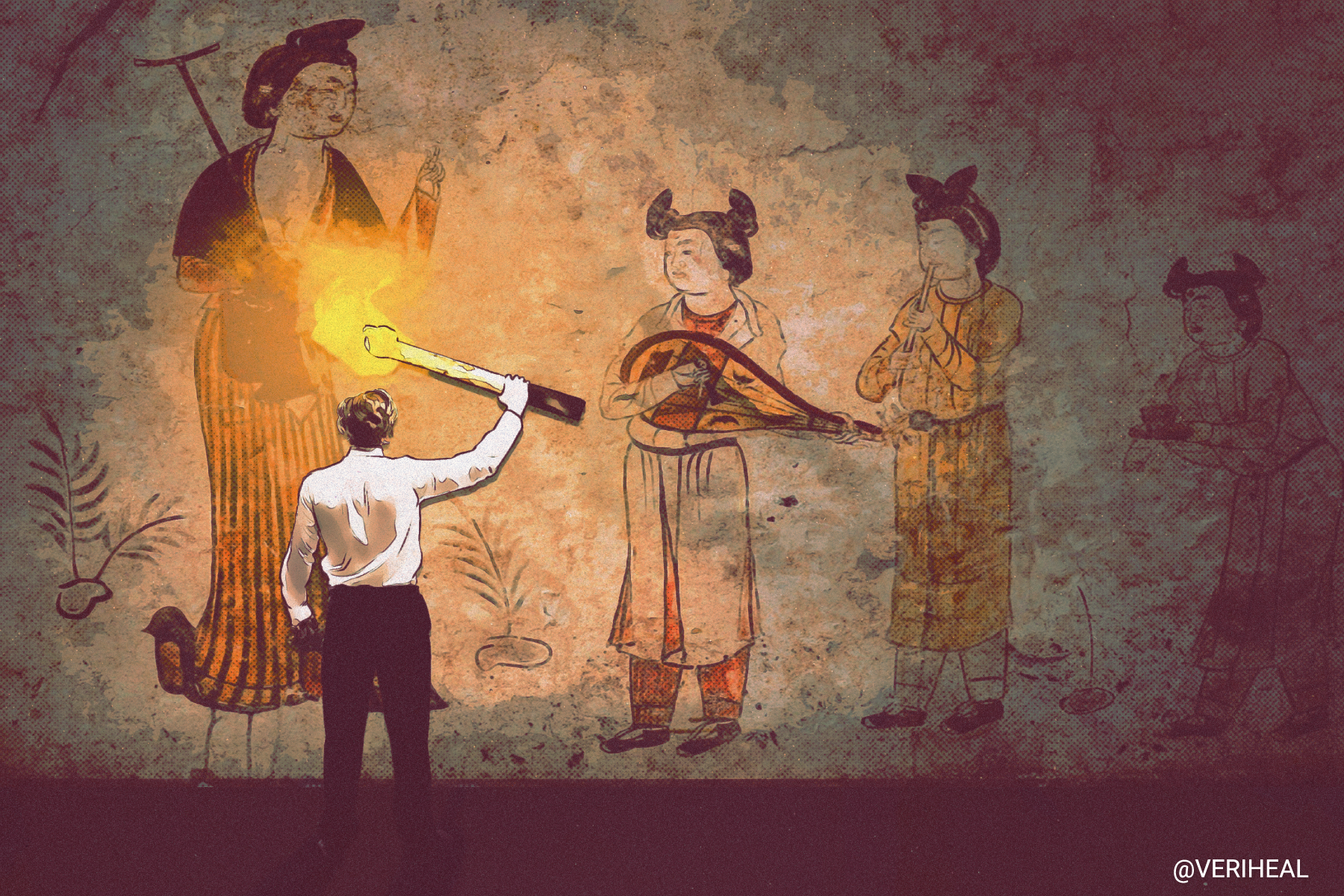 The accidental discovery of the tomb of a Tang dynasty soldier, Guo Xing, hinted at cannabis as an important food crop in ancient China. The Tang dynasty, also known as the Tang empire, ruled from 618 to 907 CE with an interregnum between 690 and 705 CE. According to a new study, cannabis seemed to be a staple of the Chinese people’s diet during the ruling of this empire. What else can researchers tell us about the role of cannabis in ancient China based on the discovery of this tomb?

Cannabis Seeds Found Inside the Tomb Unearthed in Taiyuan

While the origin of cannabis has already been documented to be in Northwest China, evidence of people’s use of cannabis back then is “scant,” as the South China Morning Post put it. The news outlet explains that ancient Chinese use of cannabis is well known, especially their unique way of consuming the seeds in a kind of porridge. The recent discovery of the Tang dynasty soldier’s tomb confirmed that the Chinese civilization used cannabis for much more than food. Additionally, they used it for mental stimulus, clothing, medicine, and as a source of nutrition.

The tomb of soldier Guo Xing was accidentally discovered when construction was underway at a playground of a primary school in the city of Taiyuan in 2019. The construction workers on site unearthed a tomb, which had not been disturbed for 1,320 years. The South China Morning Post was happy to report that the tomb was still in excellent condition with the wall paintings and artifacts being “almost perfectly preserved in the unusually dry chamber.”

As researchers began to examine the tomb, a jar of staple food was found, which contained remnants of cannabis. Some of these remnants included seeds that still had their original color. This was odd considering their tendency to become dull and brittle over time. In fact, not only did these seeds maintain their color, but they were also nearly twice the size of normal cannabis seeds available today.

Researchers suggest that the color and bigger size are indicative of seeds that are “not the same as a typical cannabis plant today.” The researchers believe that the seed belongs to the cannabis variation known as sativa, which originally came from central Asia but had lower concentrations of tetrahydrocannabinol (THC) in comparison to what’s available now.

The Significance of Cannabis in Ancient China: Guo Xing’s Tomb

According to Jin Guiyun, a professor of history and culture at Shandong University, “the cannabis was stored in a pot on the coffin bed amid other staple grains such as millet. Obviously, the descendants of Guo Xing buried cannabis as an important food crop.” Jin and her colleagues explain that in modern day China you would be arrested for possession or dealings in cannabis, but that those living during the Tang empire ruling could have thought of cannabis as “more important than rice.”

The soldier, Guo Xing, died at the age of 90. The researchers believe that the staple grains on his tomb were reflective of the “personal diet of the veteran soldier.” To understand the significance of this, it is important to note that the area where the soldier lived and was buried, Taiyuan, was warmer and wetter than today. Rice was cultivated in the region at that time, but there was no rice in his tomb. The researchers stated that, “the cannabis was buried as food for the tomb owner’s death and health in the afterlife.”

Jin and colleagues reported that the cannabis seeds were found in the tomb without having had their husks removed. The husks don’t taste good but have higher levels of THC. The researchers go on to state that “cannabis seeds with husks are not only related to the high lignin content of the husk and its hard texture, which can reduce the chance of mold and prolong the storage time, it may also stimulate the nerves and cause hallucinations due to the consumption of husk for religious and medical purposes.”

In Ancient China Cannabis May Have Been A Staple Food Crop

Not only was the tomb hinting at cannabis as a staple food in China, but ancient Chinese texts often referred to cannabis as one of the “wu gu,” or “five staple food crops.” A book written by herbalist Li Shizhen around 500 years ago, explains that eating too many unhusked cannabis seeds could “make a person run about like mad.”

The South China Morning Post explains that there have been many other archeologist discoveries of cannabis remnants in tombs all over China, some dating back as far as 6,600 years ago, but that this is the first time that it appears to have been a staple food. China reportedly banned cannabis in the 1950s and felt enormous pressure as most of the world began to legalize and decriminalize the substance.

Hu Jiang, professor of criminal law at the Southwest University of Political Science and Law, explains that the legalization of recreational cannabis in other countries “greatly increases the opportunities for our citizens to come into contact with and use marijuana products out of curiosity.”

Today, children in Chinese schools learn that cannabis was once mass produced in order to make textiles for clothing, but it is rarely mentioned for its use as food or alternative medicine. However, there are other sources that educate citizens on those other uses of the cannabis plant.

While the rest of the world is beginning to legalize and decriminalize cannabis, China appeared to be maintaining “its strict crackdown policies,” at least up until 2020 when they removed cannabis from their drug control list. Chinese farmers are now allowed to grow “safe” cannabis, which includes strains with low THC and high CBD content, most of which will be used to make hemp fiber.

Finding the tomb of the Tang dynasty soldier, Guo Xing, allowed us to peer into the history of cannabis and discover the secrets of its historical use. Cannabis has always had a symbiotic relationship with food, and further research will help us understand how this has presented itself throughout history.

Excellent article. Cana is should be legal n decriminalized all over the world
Ps: I recently read an article stating sativa stops COVID 19 from entering ur cells