DEA Proposes an Elevated Increase in Cannabis Grown for Research 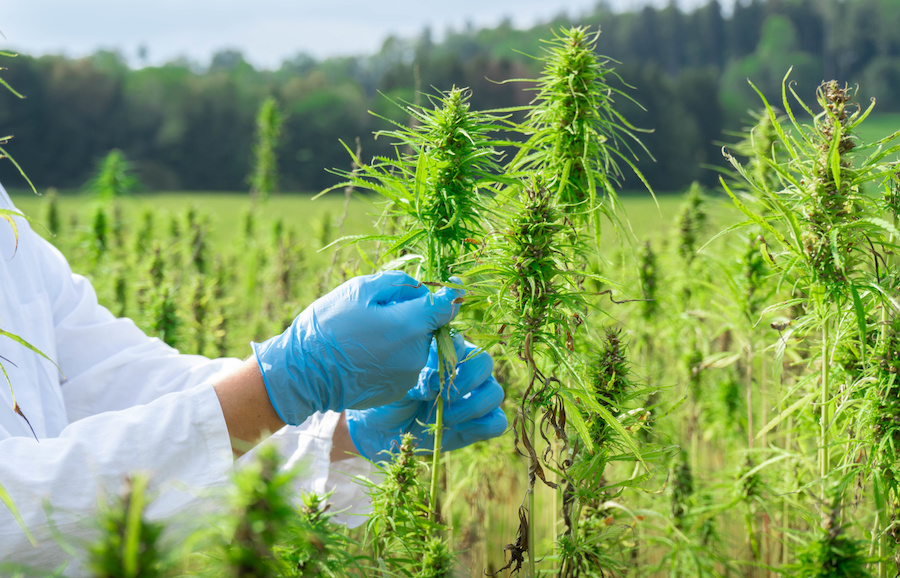 The DEA has officially proposed a significant increase in cannabis grown for research.

In one of the greatest songs ever written about cannabis prohibition, “Who’s the Pusher Now,” Ellen Bukstel states, “our taxes pay the FDA, so the DEA can put us away.” Despite the federal prohibition of cannabis, the DEA is set to release a statement on Sept. 12th, that calls for “3,200,000 grams of marijuana to be legally grown in the U.S. next year” according to a report in Forbes.

To put that into perspective, 3.2 million grams is equal to 114,285 ounces or 7,142 pounds of cannabis. This proposed quota is more than 30% higher than the 2,450,000 grams or 5,468 pounds that will be grown this year by the U.S. Government. So why is the DEA requesting this much cannabis to be grown while they stand behind federal prohibition and continue to incarcerate people for the same plant?

Simple. Cannabis is going mainstream, and people want answers. By answers we’re talking the kind that may finally put an end to the outdated stigma and downright lies that continue to be spread about this miraculous plant.

According to the official press release from the DEA regarding this proposed quota, “This will meet the need created by the increase in the amount of approved research involving marijuana.” Based on their reports, it seems that the number of researchers who are registered with the DEA to perform studies regarding cannabis, its derivatives and extracts has significantly increased in recent years. They report that in January of 2017, there were only 384 applicable researchers registered. This number increased to 542 in just two years.

The Catch-22 Includes One Grower and Subpar Quality

For several decades now, the only government-approved grower of cannabis has been the University of Mississippi.  This, however, will hopefully soon change because most researchers are discovering that cannabis grown by the University is far from the cannabis found in legal and illicit markets today.

The average THC content in dried cannabis flower in regulated legal markets ranges anywhere from 10-30%. The cannabis from the only government-approved source, however, tests closer to 7% on average. This means it is far from being what is utilized by thousands of patients nationwide.

This in itself negates any research being performed as the results are based on subpar quality and potency, not on what is being utilized by patients and recreational consumers. A prime example of this can be seen in the studies concluded by Dr. Sue Sisley and her partner, the Multidisciplinary Association for Psychedelic Studies last year.

Dr. Sisley has stated before, and it remains true today, the DEA is conducting a “continuous attack on scientific study.” The research material she received for her study surrounding PTSD has been described as “homogenous green dust,” and there is little known information regarding the cannabinoids and terpenes that it contains. This isn’t science. It’s a shame.

Light at the End of the Tunnel

As long as the federal prohibition remains, the only approved source for researchers working with cannabis are the ones approved by the DEA. When researchers can obtain quality cannabis like what is being utilized by patients, it is likely we will begin to see substantial scientific evidence of the benefits cannabis offers.

Luckily there may be light at the end of the tunnel. Just last month, the National Institute of Health and the Federal Drug Administration penned a letter to Senator Brian Schatz of Hawaii regarding this issue. The message made mention of how prohibition limits not only the quality but also the diversity of cannabis being utilized for research. They also showed their support for researchers to be able to obtain cannabis from state-licensed dispensaries rather than the University of Mississippi.

Other Research Substances and a Decrease in Pharma is Called For

In addition to their proposed quota of cannabis to be grown, the Federal Register notice states that the DEA is requesting the following also be produced next year for research purposes.

They are also requesting for a drastic reduction in the amount of hydrocodone, hydromorphone, oxycodone, oxymorphone, and fentanyl being produced in the U.S. This is excellent news considering the detrimental damage that has been suffered by communities globally as a result of the opioid epidemic. It is great to see that the DEA is starting to allow for more research, however, as you can see, it is a catch-22 if the only cannabis able to be utilized is far from the quality of cannabis being consumed by patients.