Home News Hawaii Legalizes Edibles: What You Need to Know

Hawaii Legalizes Edibles: What You Need to Know 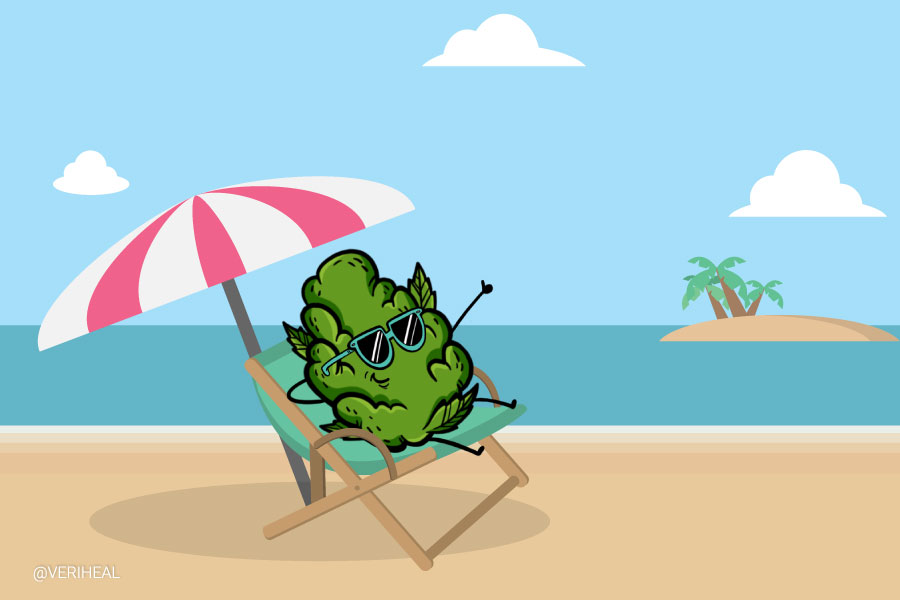 Hawaii legalized cannabis in its’ House Bill 2729 which was passed in 2018. The bill set out the qualifying conditions as well as regulations relating to possession, cultivation, and dispensaries. Previously to now, the bill did not allow for the sale of cannabis edibles but as of the 1st of January 2021, the citizens of Hawaii will be able to purchase edibles from licensed medical cannabis dispensaries.

What are Cannabis Edibles?

Edibles are also known as cannabis-infused foods and refer to a food product that contains the compounds from the cannabis plant. These compounds mostly include cannabinoids such as tetrahydrocannabinol (THC) and cannabidiol (CBD) amongst many others such as cannabigerol (CBG). Although edibles involve food, cannabis-infused drinks are also included and are sometimes called liquid edibles or drinkables. The strength of edibles depends on the quantity of cannabis used to infuse with the edibles and individuals should take caution not to eat more edibles than one can handle.

Ben Cayetano, the 5th governor of Hawaii (1994 to 2002), signed off on Act 228 which allowed for medical cannabis cardholders to grow their own cannabis or to appoint a caregiver to grow cannabis. Despite such an early move to allow medical cannabis consumption, the act did not account for or allow for cannabis in the legal market as well as for it to be sold in dispensaries.

Act 241 was passed and allows the Hawaii Department of Health to implement the program which allows dispensaries to begin providing and manufacturing medical-grade cannabis and products, granted that the dispensaries get approval and certification to do so. Complimentary to the act, Senate Bill 321 was established in order to address the legal acquisition of cannabis through a legal dispensary system. The bill allows for eight dispensaries in the state, each of which has been designated by the islands.

Governor David Ige, the 8th governor of Hawaii, signed off on Act 228 as well as creating a pilot program that allows the Hawaii Department of Agriculture to monitor and regulate the cultivation of hemp for agricultural or academic purposes such as research. The Hawaii House of Representatives Agriculture Committee passed House Bill 773 which removed criminal and civil sanctions for the “planting, growing, harvesting, possessing, processing, selling, or buying” hemp- which is essentially decriminalization of industrial hemp.

Governor Ige passed House Bill 1383 which decriminalizes cannabis for consumption granted that the possession is 3 grams or less. Prior to this bill, even the smallest amount of cannabis was caught in possession which resulted in up to 30 days in prison and a fine of up to $1000.

The most recent regulation to be passed under Governor Ige is the House Bill 2097 which allows for the licensed dispensaries to manufacture and distribute cannabis edible products. All of the previous regulations did not allow for edibles in any capacity, let alone being available at dispensaries. The Hawaiian government will be responsible for overseeing and establishing the rules and regulations which will regulate the production, labeling, and packing of cannabis edible products. This bill also allows for dispensaries to “provide, disseminate, and publish educational and scientific material related to medical cannabis and its approved products and sponsor events about medical cannabis”.

The Hawaiian cannabis regulations also allow caregivers to take on the responsibility for managing the cannabis consumption and cultivation of the cannabis qualifying patient. The caregiver must be over 18 years old and patients may only have one caregiver.

What Do Legalized Edibles Mean for the Patients of Hawaii?

According to data from another American state, Colorado, cannabis edibles account for as much as 45% of all cannabis sales– which excludes those home-made edibles made from bought or grown cannabis bud (the flower we consume). It could be speculated that the bud still accounts for the majority of cannabis consumption due to the fact that it is easier to access in areas where cannabis has not yet been legalized or decriminalized.

Having access to legalized and regulated cannabis edibles means that individuals who can not inhale cannabis due to conditions such as asthma or chronic obstructive pulmonary disease (COPD), will have a more suitable means of consuming cannabis. It is also a great alternative for individuals who do not like the taste or smell of cannabis but still need its benefits. Legalizing cannabis edibles in Hawaii means that its citizens will have access to cannabis products which have the ability to deliver measured dosages, a longer-lasting effect and it eliminates the need for cannabis consumption apparatus.

Additional benefits of having access to edibles include that it is much more discreet than conventional methods of cannabis consumption, edibles eliminate harmful chemicals, toxins, and health risks associated with other methods of consumption and consumers have reported that edibles deliver a much calmer and relaxing experience than smoking it.

Hawaiians can get excited as the House Bill 2097 is set to take effect on the 1st of January 2021. Cannabis edibles can then be consumed and bought in a legal capacity and fortunately, 2021 is coming around quick. If you have experienced any of the benefits of having access to regulated and legalized edibles, let us know in the comment section below!