Home Other The Top 10 Hidden Health Benefits of Cannabis

In 2010, researchers at Harvard University suggested that cannabis reduces anxiety, which would improve the smoker’s mood and act as a sedative in low doses.

Beware, though, higher doses may increase anxiety and make you paranoid.

One third of adults in the United States have high blood pressure or hypertension. This can lead to cardiovascular disease and even to stroke or heart attacks. Tobacco is one of the most common causes for high blood pressure, along with poor diet an lack of exercise.

There are a wide range of scientific and anecdotal studies to support how cannabis decreases blood pressure. Some researchers also believe that cannabinoids may have a protective role within the body, leading to a decrease in blood pressure.

Depression is one of the most common medical conditions in the world. A study from the University of Buffalo in 2015 found that “In the animal models we studied, we saw that chronic stress reduced the production of endocannabinoids, leading to depression-like behavior,” says RIA senior research scientist Samir Haj-Dahmane, PhD.

This means that cannabis can be used to supplement endocannabinoids lacking within our system, helping the body return to homeostasis and in turn reducing levels of depression. Cannabis also aids in relieving stress, which is one of the biggest risk factors for depression.

Many people experience nausea on a regular basis, whether it is caused by digestive problems or certain foods. Cannabis can help decrease stomach pain and regulate your body’s digestive processes, like metabolism. Marijuana also reacts with brain receptors to help regulate the feelings that are often associated with nausea. Cannabis can also help stimulate appetite when people may find themselves avoiding food due to stomach discomfort.

One of the most common reasons people miss work and have a decreased quality of life is due to various types of chronic pain. From PMS cramps to headaches to back pain, many people are debilitated by daily, overwhelming pain.

Cannabis can help reduce pain whether it is applied in the form of a topical or consumed orally due to its anti-inflammatory and pain relieving properties. Cannabis consumption can also help greatly decrease the need for harsh, addictive opioids. 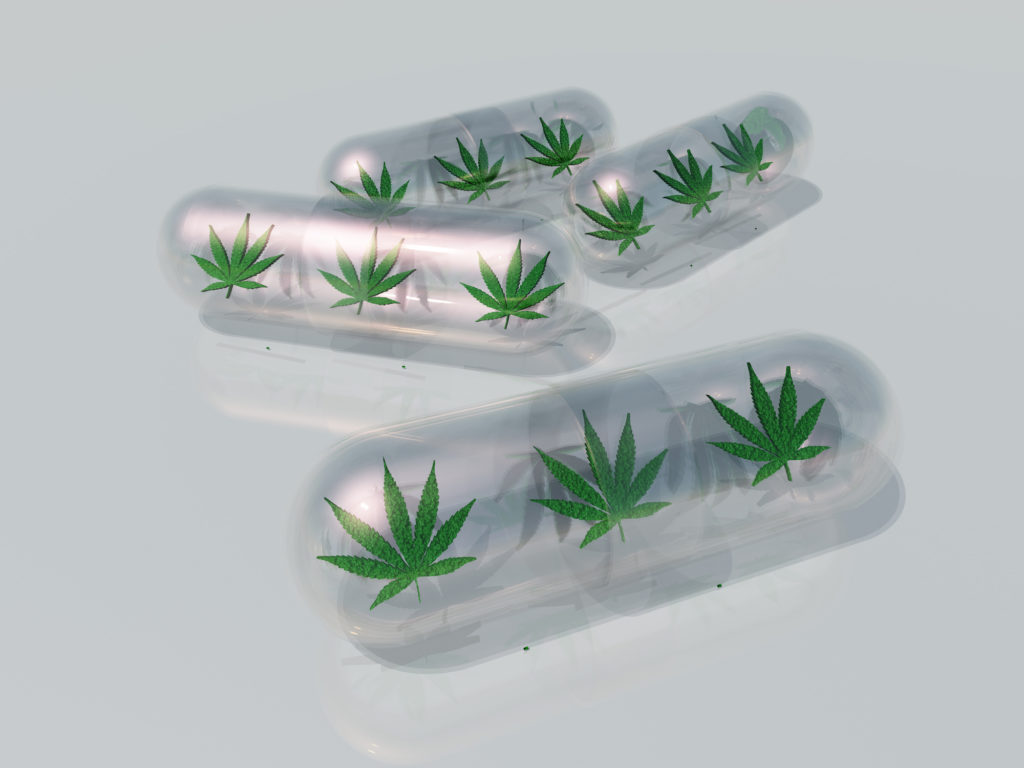 A survey conducted at Nunavik Inuit Health in 2004 found that the 57.4% of people in the survey who said they used cannabis, had a lower average percent of fat mass, body mass index, and fasting insulin levels. There were statistically significant differences between the groups of people who self-reported smoking cannabis, compared to those who did not.

Smoking cannabis in the last year was associated with a 56% lower likelihood of obesity. This is just one of the many studies that ties lower rates of obesity of cannabis users, who have a 1.5 inch smaller waist on average than non-cannabis users. Cannabis is believe to help regulate your metabolism, also making it a factor in lowering the risk of diabetes.

In addition, for many people, cannabis makes them more active. In fact, there are people who claim that it increases athletic ability, in particular for long distance runners and swimmers. Many athletes claim that it improves focus and the ability to push past previous limitations.

It was found in the study, published in the journal Molecular Cancer Therapeutics, that Cannabidiol has the ability to stop cancer by turning off a gene called Id-1.

In 2007, researchers at California Pacific Medical Center in San Francisco, reported that CBD may prevent cancer from spreading. The researchers experimented on breast cancer cells in the lab that had high level of Id-1, and treated them with cannabidiol. The outcome was rather positive, the cells had decreased Id-1 expression, and were less aggressive spreaders. In fact, the American Association for Cancer Research has found that marijuana actually works to slow down tumor growth in brain, breast, and lungs considerately.

THC, the active ingredient present in marijuana slows the progression of Alzheimer’s disease, a 2006 study led by Kim Janda of the Scripps Research Institute found out. THC slows the formation of amyloid plaques by blocking the enzyme in the brain that makes them. These plaques kill the brain cells, and potentially lead to Alzheimer’s disease.

In 2011, researchers reported that cannabis reduces pain and inflammation, and promotes sleep, which may help relieve pain and discomfort for people with rheumatoid arthritis.

CBD, the non-intoxicating cannabinoid found in marijuana, can greatly reduce the frequency and severity of seizures. Medical marijuana legalization has been pushed through in many states due to the incredible effects that cannabis has on seizures.

A study from the American Academy of Neurology published in 2015 found that there was an average of a 51% decrease in the amount of seizures people experienced while using medical cannabis, as well as a 63% decrease in seizures for patients who had Dravet’s syndrome. A specific marijuana strain, Charlotte’s Web, was created particularly for a young girl who experienced extreme seizures. The strain is still widely used due to its effectiveness and lack of euphoric side effects.

Florida Establishes New Hoops to Jump Through for Medical Cannabis

Discover Kief and the Many Things You Can do With it

Who Was Dennis Peron and How Did He Impact Cannabis Legalization?

Explore the Benefits of the Latest Trendy Cannabinoid: Delta-10 THC

As cannabis legalization is progressing around the world, many cannabis users are looking at whether or not growing their own plants at home is right for them. Some questions to consider before growing marijuana inside your home include the following: Do I have the space? Can I replicate the right environment for cultivation? Can I…

The US Senate has proposed a bill that could potentially legalize cannabis on the federal level. Researchers have discovered the exact origins of the cannabis plant thanks to genetic sequencing. And the US Surgeon General supports keeping cannabis offenders out of jail. Video Transcript: Senate lawmakers propose legislation that would federally legalize cannabis And a…

Cannabis legalization has become widespread across the United States. Many states have adopted medical cannabis laws, and several allow recreational cannabis. It is easy to get frustrated by the negative opinions of anti-cannabis activists and supporters. After all, much of what they argue is based on misinformation. This information was abundantly plastered into the public’s…

Have you recently given up smoking substances that contain nicotine? Well, you may have noticed that it’s really hard to stop because of your nicotine dependence. When you feel as though you need nicotine and can’t go without it, you are being held hostage by nicotine dependence. Fortunately, cannabidiol (CBD) was suggested to help reduce…

Did you know? Washington State, one of the states with the longest-running recreational cannabis marketplaces in the United States, still has policies in place that prevent Washington residents from growing cannabis at home.  So… what gives? When anyone over 21 years of age can legally grow cannabis at home in so many other states, why…

Congress has major cannabis-related bills to vote on. An Arizona hotel wants to become the first-ever cannabis-friendly hotel. Megan Rapinoe discusses her…

Following the recent news of Texan sprinter Sha’Carri Richardson returning a positive test for cannabis, a debate has erupted on the topic…