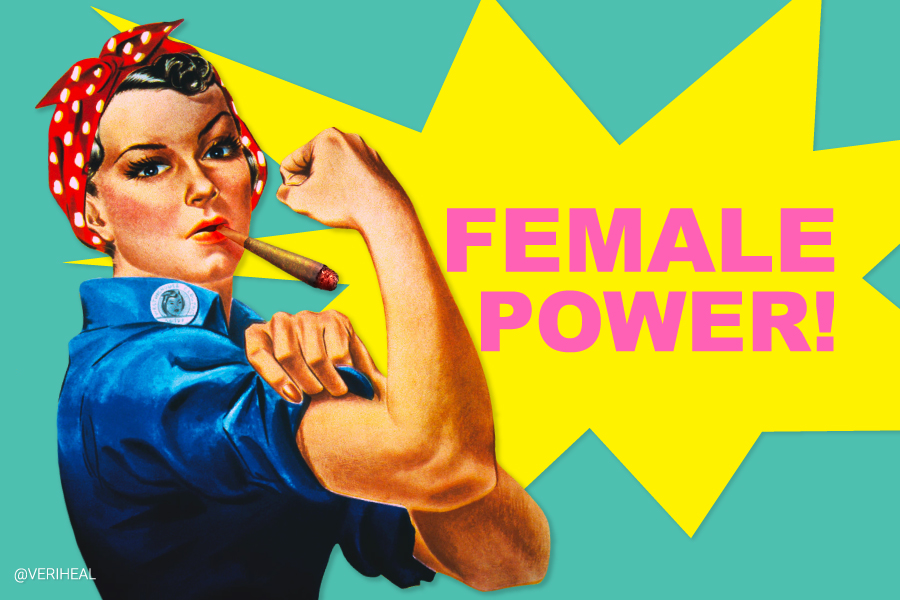 Many patients ask if CBD and THC can help them with their problems in the bedroom. We talked to a sexual medicine specialist and a CBD personal lubricant creator. Here’s what we learned.

Cannabis research has suggested that women experience improved libido, sexual satisfaction, and orgasm with cannabis use. There are countless articles on which cannabis strain is the best for sex, and CBD and cannabis personal lubricants are readily available in dispensaries. But we really wanted to know, what is known about the potential for cannabis to improve female sexual wellness and wellbeing? So we asked for some help answering this complex question.

“Sex was never really a huge part of my life until the last few years,” Kim Koehler, the founder of the CBD company Privy Peach, told us. Before finding CBD, Kim experienced difficulty climaxing and chronic pain associated with PTSD. In fact, Kim told us that “75% of women experience pain at some time during sex.” Today, Kim is passionate about helping other women be able to enjoy sex. She found that cannabis and CBD helped her be able to relax and climax again, transforming her sex life, and she created her own CBD infused lubricant.

How CBD and THC Relax the Body

Privy Peach founder Kim told us that, “most pain from sex stems from inflammation of some kind, whether it’s from trauma, endometriosis, or vaginismus, which is the body overreacting and contracting the muscles when it shouldn’t be…A lot of times, the pain is the neurotransmitters overreacting and sending those rapid pain signals. With CBD, the way it binds to the receptors, it slows that down and helps chill out those pain receptors but not the pleasure…It’s taking away the pain and increasing the pleasure at the same time.”

Mixing CBD, THC, and sexual lubricant might sound unusual, but it seems like a natural pairing when you consider that CBD is a known anti-inflammatory and increases blood flow and circulation. CBD and THC together heighten sensation, can make people feel more present in the moment, and reduce pain and inflammation.

What Are Cannabis Researchers Saying About Sexual Function?

A new study published in the journal Sexual Medicine found that increased cannabis use among female participants was associated with improvements in sexual desire, arousal, orgasm, and satisfaction. The researchers’ data did not show a significant difference in sexual function in participants who used different methods of consumption or different types of cannabis. Another study found that sex frequency was associated with higher rates of cannabis use; in other words, participants who reported having more sex also reported higher use of cannabis.

In 2012, the authors of the study “Circulating Endocannabinoid Concentrations and Sexual Arousal in Women” wrote that, “the endocannabinoid system has been postulated to be involved in female sexual function, and prior studies have demonstrated that increased amounts of endogenous cannabinoids such as arachidonoyl ethanolamide and 2-arachidonoylglycerol are associated with increased sexual arousal.”

Dr. Becky Lynn is an OBGYN and sexual medicine specialist who conducted a 2019 study in which participants who use cannabis reported having better orgasms than when not using cannabis. “I had many patients who were telling me ‘I have this problem with my sex drive or orgasm, but if I use marijuana, it’s better,’ so that’s what prompted me to go through the medical literature,” Dr. Lynn told us. Her research on the effects of cannabinoids on female sexual function explored the relationship between cannabinoids and sexual function: “CB1, a cannabinoid receptor, has been found in serotonergic neurons that secretes the neurotransmitter serotonin, which plays a role in female sexual function. Thus, activation of CB1 may lead to increased sexual function.”

We spoke with Dr. Becky Lynn to learn more about the role cannabis plays in female sexual function and sexual wellness.

Talking to an OBGYN About Cannabis & Sexual Health

In addition to her research investigating cannabis and sexual function, Dr. Lynn is a practicing OBGYN who specializes in women’s sexual problems. We asked Dr. Lynn if women can benefit from cannabis in the bedroom.

“I think in the right situation it can improve things. I don’t want to give a blanket statement and say if you use marijuana it will always make the sexual experience better, because I don’t think that’s true for everyone in every situation. I think you have to be in a safe situation, and I recommend you’re familiar with how you react to using marijuana. Marijuana, in our study, was shown to improve the overall sexual experience, improve orgasm, decrease pain, and improve libido, but I do think that it needs to be in the right environment. We weren’t able to do a double blind, randomized, placebo controlled trial, so the evidence may be somewhat limited,” Dr. Lynn told us.

In addition to the cannabis use studied in Dr. Lynn’s research, we wanted to ask about the high potency THC products available on the market. Dr. Lynn said, “One thing we do know…is that libido definitely seems to go up, but if you use too much, then it goes down. Which makes intuitive sense, because if you’re so high that you can’t move, that’s not really good for what you’re trying to do in the bedroom either.”

So what if someone is thinking about trying medical cannabis for sexual issues?

Dr. Lynn had some really great words of wisdom about what to consider:

“I think in the right environment, with the right person, understanding what works for you, I think it can have great benefit. What I would recommend if somebody is new to this, is try it by yourself first in a safe environment before you bring it into the bedroom with a partner,” she told us.

Sexual intimacy is a huge part of life. It’s normal to get anxious leading up to a sexual experience. Both of the experts we spoke with mentioned how cannabis can help people be more present in the moment and focus more on what’s going on. We learned that the power of cannabinoids to relax the body, calm the mind, and reduce pain plays a large role in our sex lives, leading to better orgasms, higher sex drive, and relief from pain and anxiety.

Something to keep in mind that Dr. Lynn notes is that we do not know the long-term risks for using cannabis in general and especially in youth. Be sure to use cannabis responsibly, talk to a cannabis coach and/or doctor, and stay safe.

Samantha Velez is passionate about connecting with others in the cannabis community and is particularly interested in how cannabis can help women living with PTSD.