Hydroponic systems are a popular alternative to the more traditional means of growing cannabis. Hydroponics allows cannabis to be grown without the use of soil and can yield a significant amount of bud, but it comes with more maintenance and risks. Regardless, some growers believe the benefits of hydroponics are worth the laborious process. One company is even putting a creative spin on hydroponic growing—and preserving the salmon population at the same time.

According to the National Ocean Service, aquaculture refers to the “breeding, rearing and harvesting of fish, shellfish, algae, and other organisms in all types of water environments.” Thanks to technology, aquaculture has evolved to the point where it can be used to “produce food and other commercial products, restore habitat and replenish wild stocks, and rebuild populations of threatened and endangered species.” The Global Seafood Alliance (GSA) explains that aquaculture can also be referred to as fish farming and that you’ll likely see the label “farmed fish” on products cultivated in such environments. 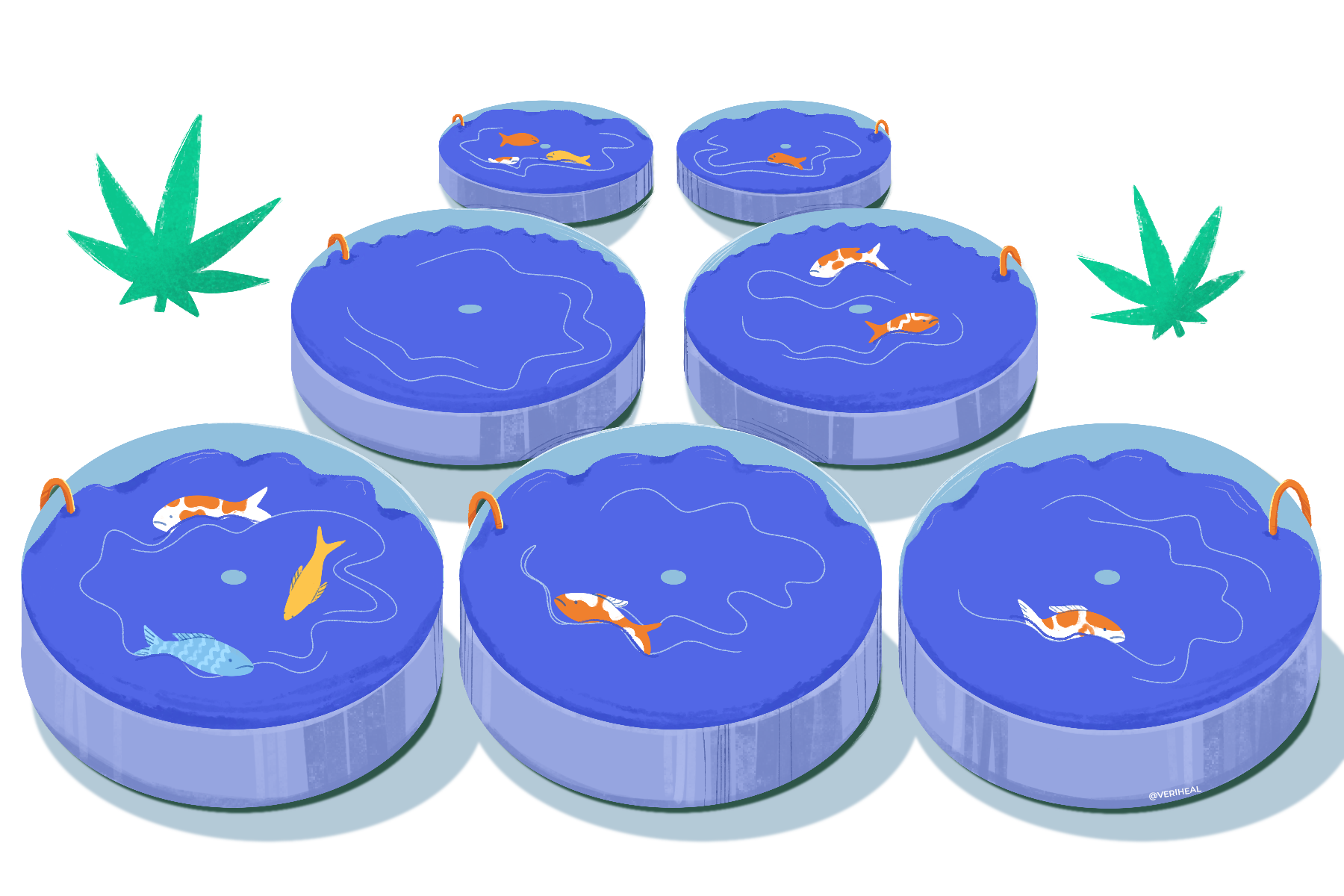 The GSA explains that we need aquaculture farming as an alternative to seafood given the “overfishing of our oceans and other natural resources.” The planet’s natural ability to provide humans with such resources has been exploited, making it difficult for the Earth to maintain its resource provision—which is where aquaculture comes in. Wondering what aquaculture has to do with cannabis? We’ll clear that up soon.

What Are Hydroponic Systems?

Let’s go back to hydroponics for a moment. Simply put, “hydroponics is the art of gardening without soil.” Fresh Water Systems (FWS) explains that the term means “working water” in Latin and that water is responsible for providing the necessary nutrients, hydration, and oxygen needed by the plants. Hydroponic systems can be better than traditional agriculture since they use minimal space and up to 90% less water and foster “rapid growth, stronger yields, and superior quality.”

FWS adds that when the plant root system has direct access to nutrient water, the roots do not have to use much energy to find nutrients and can instead put energy toward maturing as a plant. Hydroponic systems can be rewarding but require a lot of time and attention since the grower would need to give the plants “exactly what they need when they need it.” There are around six different types of hydroponic systems, including deep water culture systems, wick systems, nutrient film technique systems, ebb and flow systems, drip systems, and aeroponics.

Since cannabis is a plant, it can be grown in a hydroponic system. There are different ways in which cannabis can be grown hydroponically at home, such as using buckets, stones, and nutrient-boosted water. Cannabis grown hydroponically can grow much faster, leading to larger yields and even more potent buds. Growers can use active (involving electronic pumps) or passive (involving capillary action) hydroponic systems. An example of the passive system is the wick system, while active systems include the likes of ebb and flow systems, aeroponics, and drip systems.

Habitat is a cannabis farm in British Columbia…but it’s so much more. The company’s website states, “We love what we grow, but how we grow is why we grow.” Using a one-of-a-kind process coined “aquaponics,” Habitat grows salmon, produce, and of course, cannabis. And it’s all interlinked.

Founder and CEO Rudi Schiebel told Forbes that he got into agriculture “kind of by accident” but that “it was something not a lot of people were getting into, and it took a lot of hard work, but I saw opportunity in it. The world really needed ideas in the food production space, and I wanted to explore that.”

According to Forbes, the average person is eating nearly twice as much seafood as humans were 50 years ago, which has led to overfishing and historically low fish stocks in their natural habitats. To combat this issue, Habitat uses aquaculture to sustainably farm coho salmon in habitats Schiebel describes as “endless swimming pools with all-you-can-eat buffets and no predators.” The salmons’ waste is then used to fertilize the farm’s cannabis plants.

Schiebel had witnessed a business partner’s legal cannabis grow operation but felt that the process wasn’t very sustainable. He explains that it “requires a lot of power, we were bringing in nutrients and soil, and it felt like it was missing a piece of that ecosystem. That was the genesis of growing fish on the same farm and using the nutrients to grow cannabis and create that symbiotic, circular farming environment.”

This man-made eco-farming environment provides the plants with much more than they would receive from bottle nutrients, and the “sustainability side of it is obvious because you’re being less wasteful, but intrinsically, by being less wasteful, you’re able to ultimately cut cost, and that’s good business,” Scheibel explains. He adds, “There are beneficial impacts on production, like increased yield and increased quality, so we have this two-pronged approach. For sustainability to stick and become mainstream, it needs to be sustainable from an economic standpoint as well, and that’s been our focus.”

Not only is Habitat doing something about the dwindling number of wild salmon, but this innovative company is doing so while meeting another growing demand: sustainably grown cannabis. As the world population continues to get bigger and bigger, aquaponics just might become the future of agriculture. 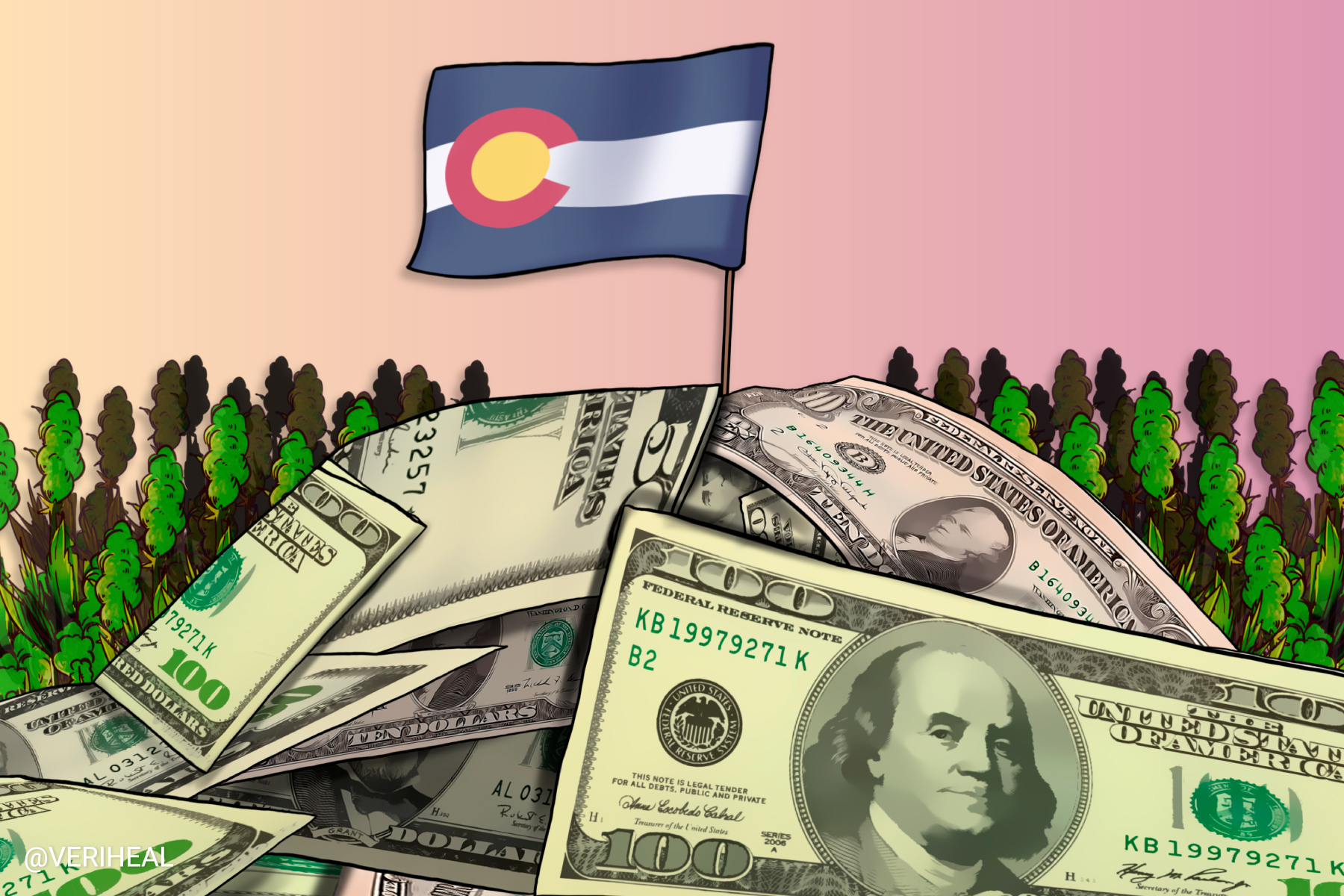