Home Research How Cannabinoids Flow Through Our Bodies: Inhalation VS Ingestion

How Cannabinoids Flow Through Our Bodies: Inhalation VS Ingestion 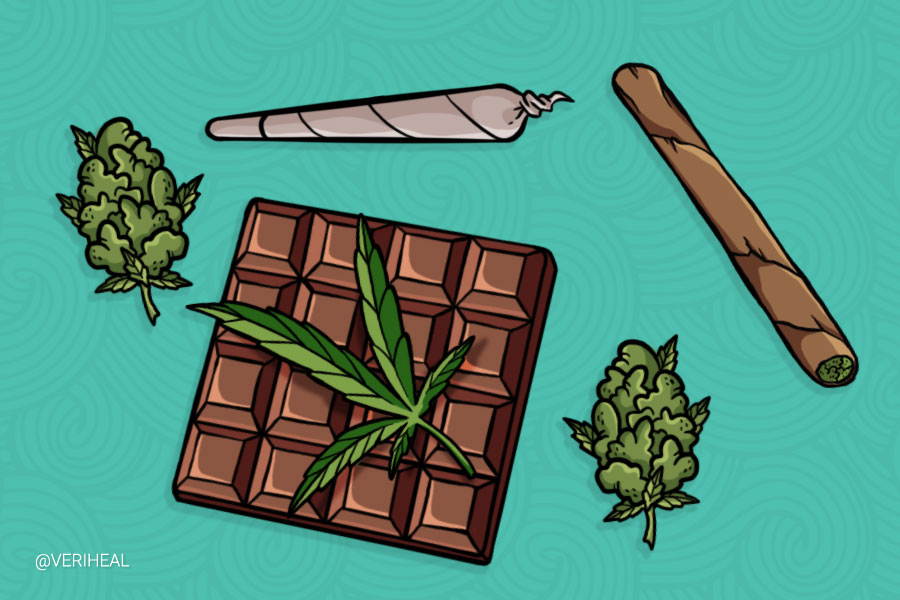 While many have heard the testimonials of how cannabis can be utilized for medical benefits as well as its recreational effects, many are unaware of how cannabinoids found in cannabis work with the body to provide these effects. Seeing how cannabis can be utilized in many different ways, how it flows through the body depends specifically on the way it is being used. Some of the most common methods of using cannabis and products with cannabis in them are through inhalation or ingestion. Let’s take a closer look at how cannabis works with the body through various consumption methods as well as how each of these consumption methods results in different actions within the body.

The Flow of Cannabinoids Through the Body When Inhaled

When consuming cannabis through inhalation methods, whether it be smoking or vaping, cannabinoids such as THC and CBD, enter the body through the lungs and make their way to the bloodstream and then to the rest of the body. When you inhale smoke from cannabis, the cannabinoids go directly to your lungs and are absorbed through alveoli, which are tiny air sacs within your lungs where gas exchange occurs. After being absorbed by the lungs just seconds after inhalation, cannabinoids enter the bloodstream and flow throughout the body.

Once in your bloodstream, cannabinoids such as THC reach the brain within seconds. This is why inhalation methods of consumption offer some of the quickest effects produced by cannabinoid therapies. Once in the brain, cannabinoid receptors in the hippocampus and cerebellum, as well as the basal ganglia, are directly affected. Seeing how the inhalation of cannabis allows for cannabinoids to reach your bloodstream rather quickly as well as your brain it is the preferred method of consumption for people looking for immediate relief. However, inhalation effects tend to be much shorter-lived then with other consumption methods such as ingestion.

How Cannabinoids Move Through the Body When Ingested

When cannabis is consumed through ingestion methods, the first part of the body affected is the stomach, as this is where cannabis begins to break down in the body. Once the process of digestion and metabolizing begins, cannabinoids are then carried to the liver where it is converted to 11-hydroxy-THC, which is more bioavailable than THC thus why edibles notoriously cause a more intense euphoric effect. Once 11-hydroxy-THC enters the bloodstream, it crosses the blood-brain barrier and into the brain.

Although cannabinoids are absorbed at a much slower rate when ingested, the effects that they produce tend to last much longer. This is due to how the body metabolizes compounds that are introduced to the body, such as cannabis-infused edibles and other ingestible products that contain cannabinoids. On average, the effects of ingestible cannabis products are felt within 30 minutes to 2 hours. The effects they produce, however, tend to last anywhere from 6 to 12 hours, depending on the specific individual.

The Bioavailability of Inhalation vs Ingestion

When consuming cannabis through inhalation methods it is also essential to remember that the THC bioavailability of inhalation tends to average around 30%. However, the bioavailability of oral THC according to science ranges between 4 and 12% with absorption rates being highly variable. Learn more about the bioavailability of cannabis through various delivery methods here. Cannabis is as diverse as humankind. Because of this it is crucial that you understand how cannabis works with the body in various ways to ensure that you receive the most possible benefits from this remarkable plant each time you utilize it.