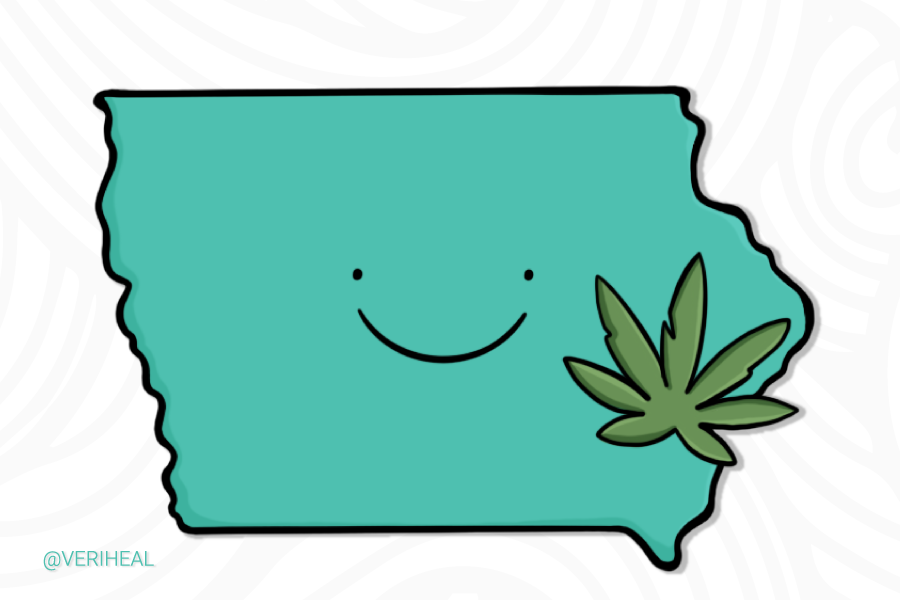 Cannabis laws continue to evolve rapidly across the country, even in the midst of the Covid-19 crisis and the achievements of the Black Lives Matter movement. Most recently, the state of Iowa passed a bill expanding the availability and accessibility of medical cannabis for Iowans. The bill passed Wednesday, June 3rd, the first day back in session for the Iowa Senate after having been in recess for several weeks due to Covid-19. Having passed the Senate, the bill was signed into law by Iowa Governor Kim Reynolds.

The History of the Bill

The passage of this bill has been hotly contested for some time. In its original iteration, written in 2019, the bill offered a cap of 25 grams of THC over 90 days, meaning that that was the maximum amount of THC that could be contained in any cannabis-based medical product purchased over a 90 day period.

Many lawmakers felt that the 25-gram cutoff was too high. Because several cannabis-based medical treatments focus on the use of cannabidiol, or CBD, as opposed to THC, those lawmakers had a leg to stand on. Many states have made their first steps toward legalization by focusing on CBD, a substance which is non-psychoactive in nature.

Although the first version of the bill did pass the Senate vote, it was vetoed by the Governor and returned to the senate to be redrafted.

What Does the New Bill Contain?

The new version of the bill is similar in nature to the old one, but with one very significant difference. The THC cap has been adjusted to 4.5 grams. Though significantly lower than what was originally proposed, this is still an increase over what Iowa has previously allowed.

The bill also expands parameters for who will be able to access medical cannabis. Under the new legislation, those suffering from post-traumatic stress disorder and autism involving self-harm will be eligible to take advantage of medical cannabis programs.

The bill also provides the opportunity for physicians to order higher doses of THC in extreme or unusual cases.

We have yet to see how Iowans as a whole will respond to the bill, but the sentiment among the senators was mixed. The bill passed with a 32-17 majority—significant, but hardly unanimous.

Those who stood in opposition to the bill maintained that more research still needed to be done on the benefits, effects, and potential uses of CBD. That’s a sentiment many agree with, and as legalization continues to spread, the opportunities for quality research are certain to spread as well. The passage of this bill is one step forward in enabling medical researchers to get their hands on cannabis, conduct and publish studies, and make the discoveries that will benefit all of us.

Those who supported the bill mentioned the importance of making cannabis-based treatments available to Iowans who were suffering, although they were quick to point out grievances as well. Some felt that the THC cap was too strict, that it would stop people from getting the help they needed.

Others were concerned that the bill carried the potential for discrimination against racial minorities and the economically disadvantaged. Drug laws have historically punished these groups disproportionately, and some Iowan lawmakers felt that Governor Reynolds wasn’t taking that aspect of the bill into consideration.

Iowa has made a stride forward with this bill. It remains to be seen how Iowan legislation will evolve from here, and which states will follow in their footsteps.