How Cannabis Legalization Can Help Fight For Racial Justice 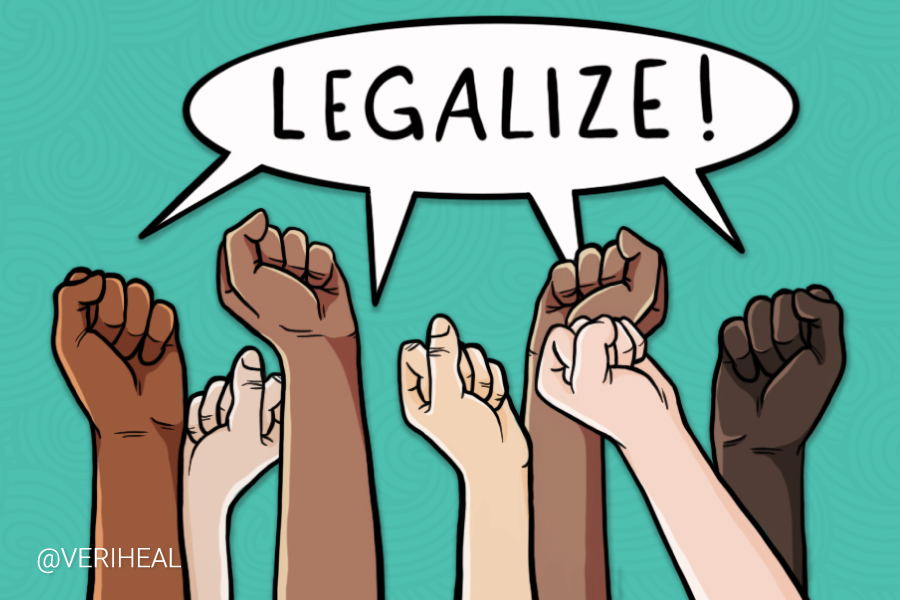 As more and more states introduce legalization measures and update protocols for current legal markets,  the disproportionate effect of illegal cannabis has on people of color (POC) has been really brought to light. In addition to the significantly more intense sentencing for POC who have faced a non-violent cannabis crime, they also are at a higher risk for arrest. In some states, POC are up to six, eight, or almost ten times more likely to be arrested for simple cannabis possession. Of course, cannabis prohibition isn’t the only example of America’s racial inequities.

Nor is illegal cannabis the sole reason why certain members of the police continue to engage in racially-aggressive policing and misconduct. But its criminalization IS one of the tools commonly used to justify and perpetuate these injustices. New Jersey Senator Cory Booker also recently said racial disparities in cannabis criminalization is an example of systemic injustices that underlies the frustration of minority communities.

Reefer Madness creator, Harry J. Anslinger, who also was the Commissioner of the Federal Bureau of Narcotics, declared: “Most [cannabis consumers in the US] are Negroes, Hispanics, Filipinos, and entertainers. …Reefer makes darkies think they’re as good as white men.” These racial biases were later exploited by the Nixon administration when it ramped up the drug war in 1970 and declared cannabis to be “public enemy #1. A 2020 analysis shows that on average, a POC is 3.73 times more likely to be arrested for cannabis possession than a white person. Such racial disparities in cannabis possession arrests exist in all regions of the country.

For more than 70 million people with criminal records today, a disproportionate number of whom are African American or Latino, they remain beleaguered by carrying a criminal record. They are not only banned from participation in the cannabis and even the hemp industry in many places but also encounter barriers accessing jobs, housing, and educational opportunities not industry related.

Kristen Clarke, president and executive director of the National Lawyers’ Committee for Civil Rights Under Law, wrote in an opinion contribution to USA Today; “All further expansion of the cannabis industry must cease until we can correct the gross racial inequities and injustices that have come to define it, especially while people remain incarcerated for cannabis offenses that are no longer illegal and are forced to suffer needlessly and lose opportunities unjustly. Those impacted should be given first-in-line access to licensing and job opportunities in this booming industry. It is essential that these actions are taken now to bring overdue relief to those whose lives were destroyed by the heavy hand of the criminal justice system.”

Legalization Alone Won’t Be Enough But It Can Help

Her statements speak volumes on the topic. Any legalization efforts seeking to right racial disparities and create a truly equal opportunity cannabis industry needs to include these topics in any reform legislation. The relationship between just legalization or decriminalization and racial disparities tends to be mixed. Clearly, legalization and decriminalization alone are not enough to reverse the disproportionate harm the War on Drugs has caused to POC but it is a move in the right direction – forward.