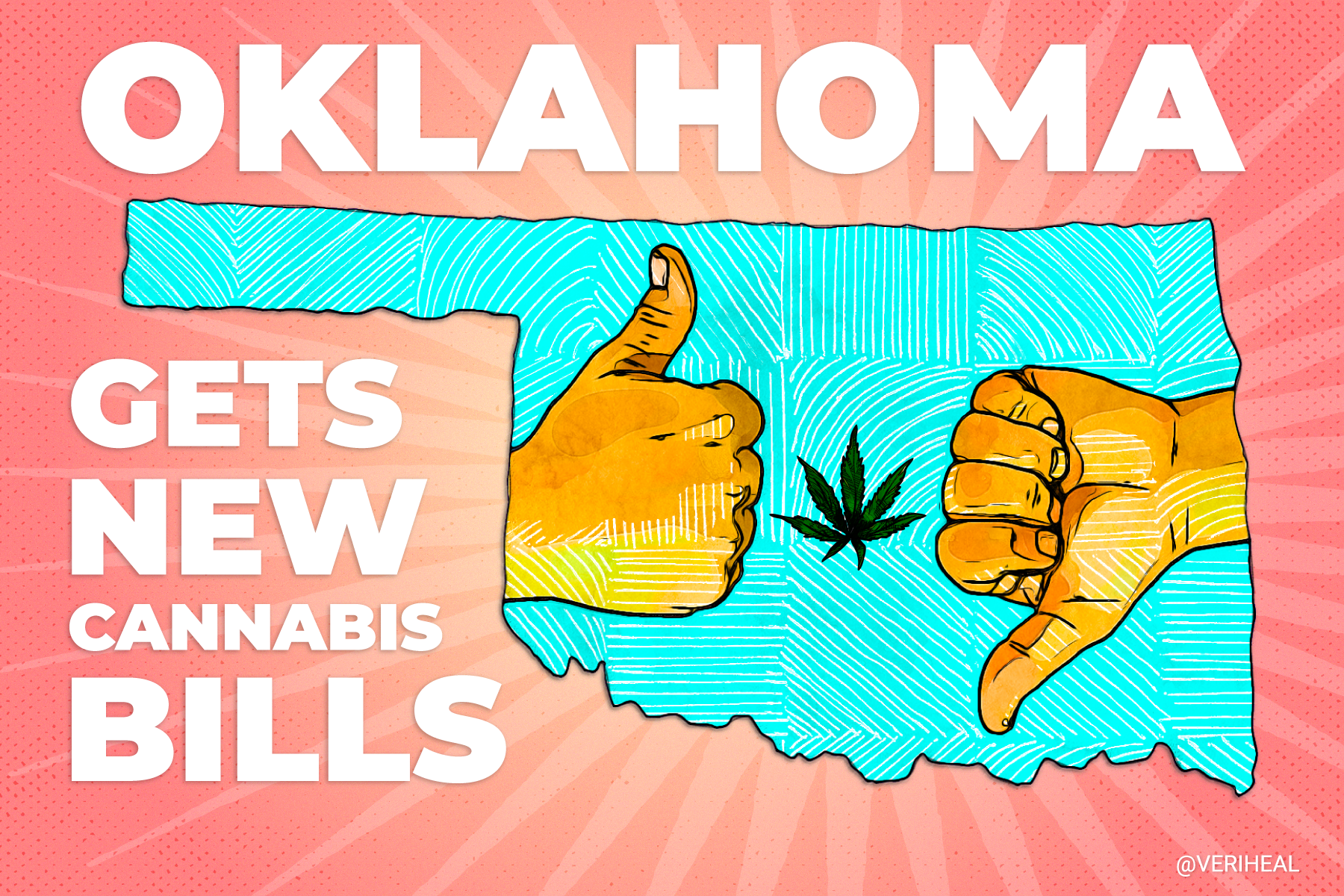 Things are looking up for the cannabis community in Oklahoma. Activists in the state have finalized language for two cannabis ballot initiatives that they hope to place in front of the state’s voters in 2022, contingent on gathering at least 177,958 valid signatures from registered voters on each initiative.

The first ballot initiative aims to legalize adult-use, or recreational, cannabis. Adults 21 and older would be allowed to possess eight ounces of cannabis purchased from retailers and any cannabis yielded from growing up to 12 plants for personal use. The second initiative would reduce medical cannabis tax to 0% over the course of one year and allow medical cannabis dispensaries to serve retail customers 60 days after enactment.

A Breath of Fresh Air After Years of Prohibition

It wasn’t long ago that Oklahoma was strongly against cannabis and arguably had some of the toughest cannabis laws in the nation. I once had to drive through Oklahoma on my way from Colorado to Arkansas after visiting a cannabis festival. Though I had no cannabis products in the car with me at the time, I was sure the tell-tale smell of cannabis was embedded in my clothing and vehicle. When I realized I was driving through Oklahoma, I suddenly became tense, nervous, and quiet.

While the state was very green and beautiful, its natural allure was overshadowed by heavy-handed laws regarding cannabis use, and I spent the drive riddled with anxiety over the potential of getting in trouble with law enforcement. What if I get pulled over? Will they smell cannabis? Will they search my things? Will they find some roaches I forgot about or some seeds rolling around under the seats?

Since medical marijuana was legalized in the state in 2018, medical patients in Oklahoma no longer have to deal with this stress as long as they are abiding by the guidelines set forth by the Oklahoma Medical Marijuana Authority (OMMA). Should the proposed initiatives become constitutional amendments in 2022, this kind of stress may be a thing of the past for recreational users as well.

People in Oklahoma have been talking about recreational cannabis legalization for quite a while. However, some are content with Oklahoma remaining a medical cannabis state. Those residents believe that the recreational cannabis market would increase the amount of low-quality products that are already abundant in the state. They also fear it might open the door for interstate issues with places like Texas, Louisiana, and Kansas that still support marijuana prohibition.

Oklahoma currently has laws allowing medical cannabis patients from other states to obtain a temporary license to purchase cannabis in Oklahoma. Since patients from other states are consistently having to purchase their medical cannabis supplies from the very limited option of quality cannabis products in Oklahoma, it’s no wonder the illegal market is still around and thriving. Sadly, a lot of the cannabis being sold on the medical market in Oklahoma is far from medical. It’s low-grade cannabis at best, being grown in poor environmental conditions and cured in an equally poor fashion—and it shows in the end product.

There is also a widespread concern that the addition of recreational buyers to the market will increase demand to the point of remarkably low supply. At the current time, a lot of dispensaries in the state often have large crowds clamoring for products. If medical cannabis dispensaries were to start offering the same services to recreational cannabis customers, patients who pay for a medical recommendation could find themselves waiting much longer to get crucial medical products.

On a positive note, the proposed legislation would help improve the overall quality of cannabis products in the state and decrease costs for medical users by eliminating the oppressive tax that makes up so much of the cost.

A Bright Future for Cannabis Reform

Oklahoma is only one of many different states trying to get positive cannabis reform policies in front of voters in 2022. Arkansas is in the process of collecting signatures in support of putting adult-use/recreational cannabis legalization on next year’s ballot. Missouri activists are also advocating for recreational cannabis legalization. Wyoming, one of the most conservative states in the nation, is looking to decriminalize cannabis possession and legalize medical cannabis.

While it’s not ideal that cannabis reform has taken so long, the ball appears to be rolling quickly with no signs of stopping anytime soon. In the next one to five years, cannabis prohibition may very well be an outdated concept.